Construction of Atlanta's Southern Bell Telephone Company Building occurred during three stages: 1929, 1947-48, and 1963. The onset of the Great Depression resulted in the completion of only six of the planned twenty-five-story building design. Though the structure never reached its planned height, it remains downtown Atlanta's only true example of modernistic design. The building also serves as a reminder of Atlanta's central role within the regional telephone and communications network. 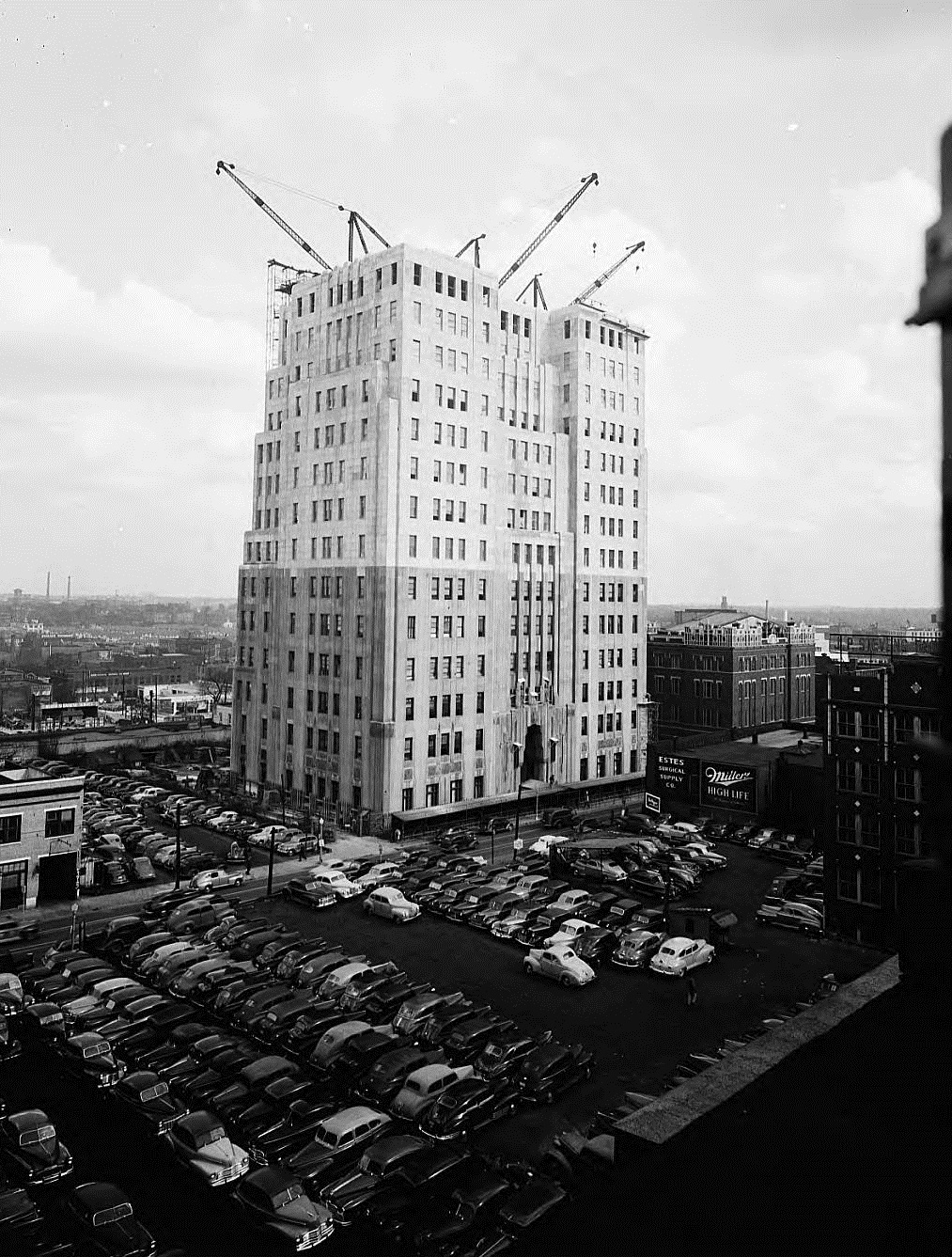 Southern Bell Telephone Building as it looked in 1961, before the AT&T tower was added a couple of years later. at 51 Ivy Street 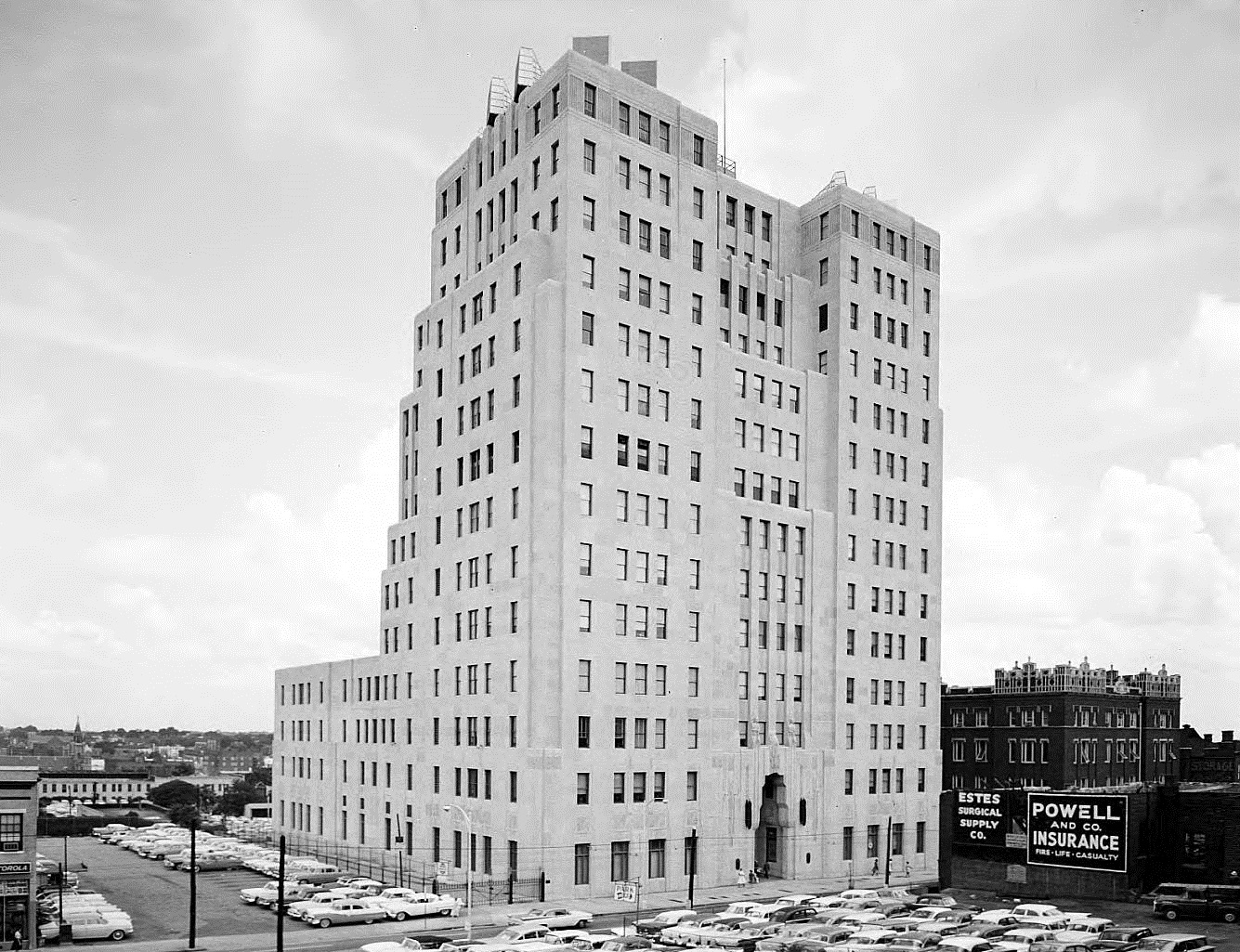 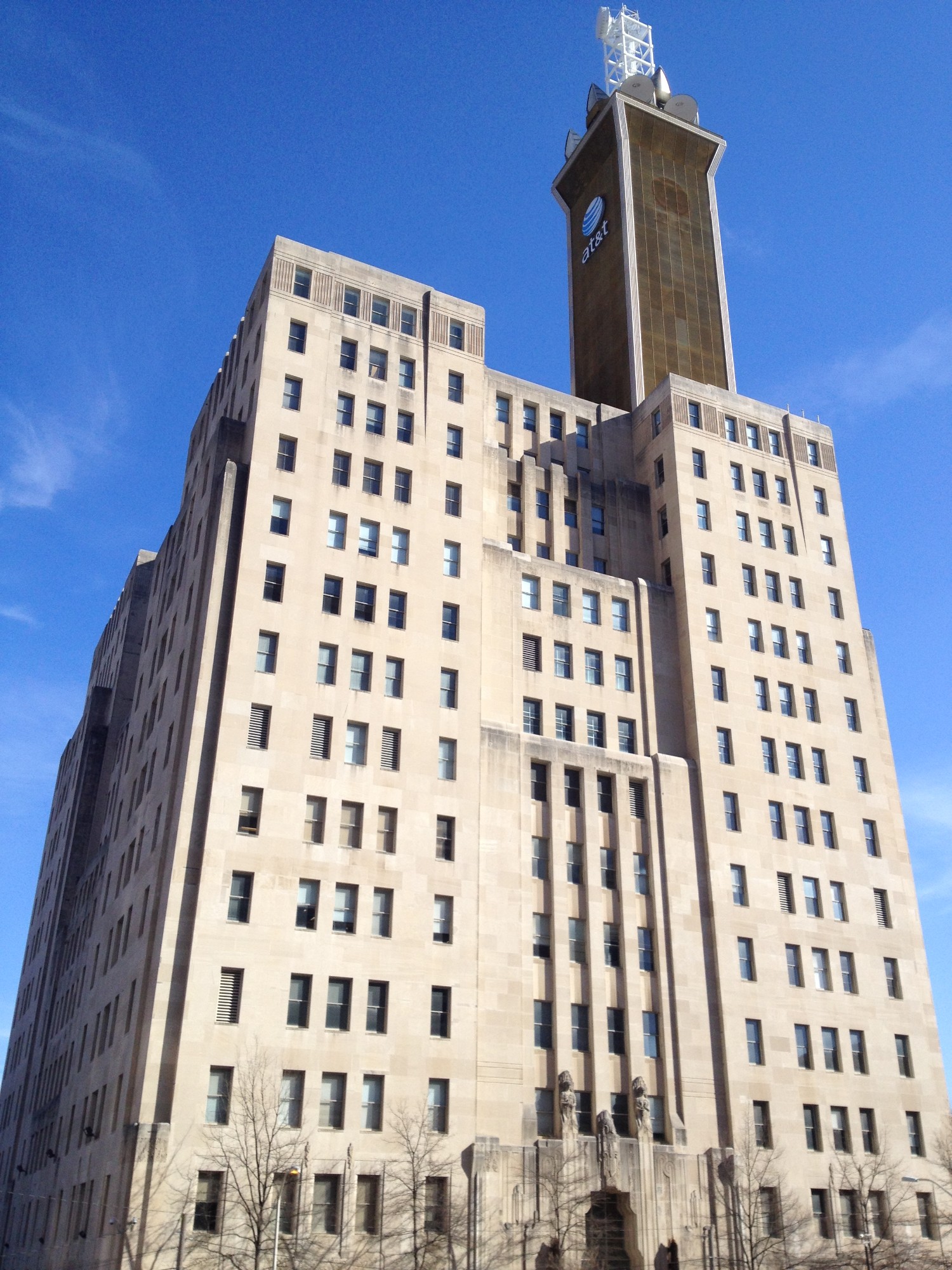 The building was expanded in the late 1940s and the tower was added in 1963. The building stands as Atlanta's only exemplary modernistic style building and a reminder of the evolving city and its role as a hub of the communications industry during the early twentieth century.

The building is located on a street named for Harold Ivy, a man credited as the first person of European descent to settle in what is now Atlanta. In 1821, the Creek Indians ceded the land east of the Chattahoochee River. Speculators purchased the land and divided it into lots, and Ivy purchased one of those lots in 1833. He then built a double log cabin near the current location of the Marriott Marquis in downtown Atlanta. Ivy died in 1841 after being thrown from a horse.

In 1836, the Georgia State Legislature financed a land survey near Ivy's land that ultimately became the zero-mile post (and terminus) for the Western and Atlantic Railroad. The railroad helped Atlanta transition from a pioneer town to a city and eventually one of the nation's largest metropolitan areas, as demonstrated by the downtown region and skyscrapers that stand today.

One of those buildings, of course, is the historic Southern Bell Telephone Company Building which is now home to AT&T. The building also has ties to the first railroad line that came into Atlanta. The first private line connected the Union Passenger Station and Western & Atlantic Freight Depot in 1877. In 1879, public telephone lines reached the city and Bell Telephone Company Atlanta Telephonic Exchange was established. (The first Bell company appeared in 1877 in Connecticut.)

By the 1920s, telephone usage expanded substantially and Southern Bell hired more workers and needed more space which spurred the need for a new office building. The company also hoped to have a structure that would allow them to advance their operator technology. Mechanized panels allowed customers to use phone numbers after World War I and Southern Bell fully installed the panel system in 1923.

The original purpose of the Southern Bell Building involved twenty-five floors, with ten floors dedicated to housing phone equipment and another fifteen stories intended for office space. However, shortly after construction started in September 1929, the stock market "Crash of '29" arrived followed by the Great Depression. Though the design always included plans to construct the building in stages, the Depression forced Southern Bell to delay the second stage of construction until after World War II. When construction did transpire in 1947-48, only eight floors were added; the twenty-five-floor plan never came to fruition. The 1963 addition of the brown tower, which seems oddly out of place, proved to be the last major addition to the tower.