The Margery Building spans one side of a city block along Main Street in Grand Junction. The vernacular Victorian commercial structure was designed and built in 1905 to 1906 by the architect W.C. Boyer. The owner was a millionaire who named the building for his 13-year-old daughter. This rare surviving local example of the building form still houses downtown businesses. The upstairs holds a ballroom that has been used for everything from dance marathons and ballet lessons to community meetings. The Margery Building was listed in the National Register of Historic Places in 1993, reflecting Grand Junction's transition from a frontier town to a more permanent small city. 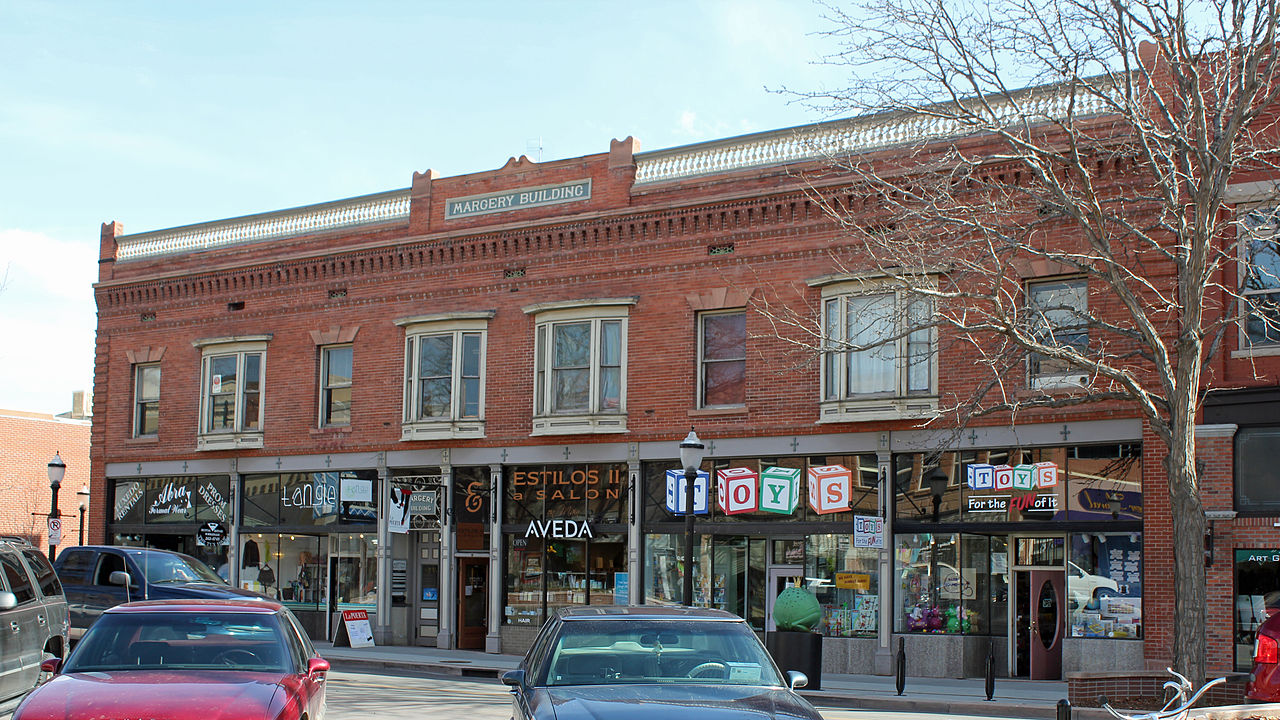 Verner Z. Reed, a millionaire based in Colorado Springs, built the Margery Building in 1906, naming the building for his young daughter. Reed made his fortune in buying and selling gold mining companies or shares, becoming the leading stockbroker for the Cripple Creek Mining District in Colorado. The Reed & Hamlin investment firm that Reed started with an attorney named Clarence C. Hamlin, was based in London. The globe-trotting Reed spent $30,000 to construct the two-story brick Margery Building in Grand Junction. Reed also built the nearby "Reed Building" downtown in 1908 at 362 Main Street, which housed a café and a gambling establishment; it was later known as the J.C. Penney Building. During this era, he and his family lived in various homes in Europe; Reed would visit the states several times per year to check on his investments. He switched to the oil business in the 1910s and he and the family split their time between homes in Paris and Denver. It seems likely that little Margery never saw the building named for her, in a little city on the far side of the Rocky Mountains from Denver, in person.

The Margery Building has spaces for five businesses on the ground floor and has been prime business real estate for over 100 years. The spaces have contained hardware stores, barber shops, and many other enterprises. The storefronts are now fitted with plate glass windows and currently house a bridal shop, an outdoor gear shop, a beauty salon, and two clothing boutiques.

The upstairs was built with a large ballroom space and several smaller spaces. The ballroom, with its hardwood floors and large windows, has been the location of many community meetings and events. Dance marathons were popular in the ballroom in the 1930s, with the last couple still dancing winning the prize money. The ballroom served as a ballet studio for a time, too. The second floor has shifted to more artistic uses, attracting painters and photographers.

The building underwent some modernizations in the 1960s, but the brick detailing was restored in the 1990s. The building joined the listings on the National Register of Historic Places in 1993.