This Greek Revival house belonged to a local physician, Dr. A.L. Purdom, and is an exhibit of 19th century medicine. Born in Jonesboro, Tennessee in 1819, James Alexander Lafayette Purdom grew up in Huntsville, Alabama. In 1845, Purdom moved to Washington, five years after graduating from the University of Pennsylvania. A member of the Episcopal Church and Mt. Horeb Lodge, Purdom enlisted in the Confederate Army as a surgeon with the First Arkansas Cavalry before illness cut his service short in 1863. He passed away in 1866. The building was renovated in 1978 by Historic Washington State Park. This building is available regularly on guided tours 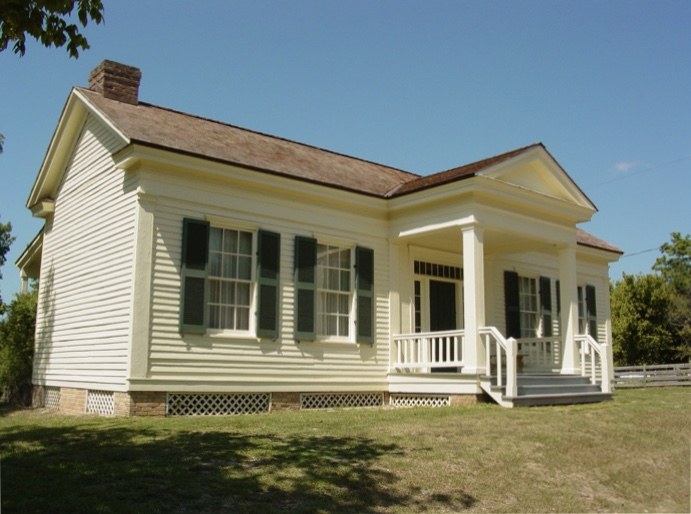