Handy Chapel is the only original church building still standing in Grand Junction. The town founder, George Crawford, deeded lots to African-Americans in 1883 within the original square mile of town for one dollar. It took nine years to raise the nearly $970 needed to build the church on the lots, and it was finally finished in 1892. The church building was placed on the list of Colorado's Most Endangered Places in 2011 by Colorado Preservation, Inc. due to its deteriorating condition. HistoriCorps made Handy Chapel and the adjacent Chapel House one if its restoration projects in 2011. A larger restoration project took place on the church and the house from 2012 to 2013. 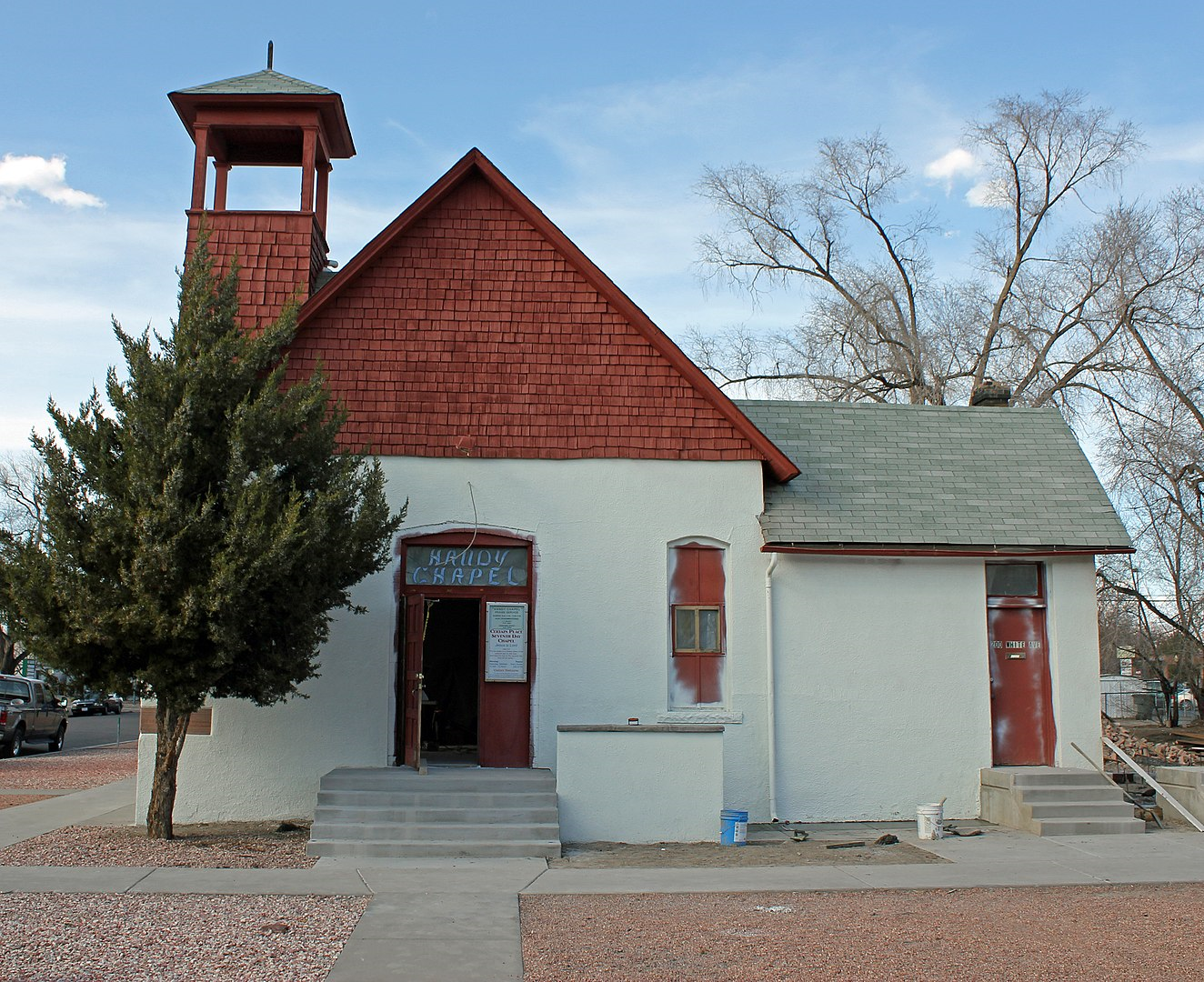 Handy Chapel has served the African-American community of Grand Junction since it was completed in 1892 by contractors Hunt & McDonald. While it was being built, the local community held religious services on the lots sold to them in 1883 by the town's founder. The property was sold to the Black citizens of the town and not to any particular congregation. During the early years, the church was the site of services by travelling ministers of the African Methodist Episcopal (AME) Church. The local congregation was small and isolated, but has been sustained to the present day.

In the 1920s, a Chapel House was built on one of the adjoining lots. A second house is no longer standing and would be offered for housing for those in need. A dwindling population and a legal battle over who actually owned the church took their toll on the structures. The AME Church claimed the chapel as their property and attempted to sell it in the 1980s. While the legal battle was happening, the interior of the chapel was emptied of its pews, organ, pulpit and other furnishings. The locals won the lawsuit, and the chapel's ownership stayed within the community.

The church's motto is "Act Like Jesus." During a time when hotels were segregated, the Chapel House offered a place to stay for black travelers or those down on their luck. The matriarch of the chapel is Josephine Dickey, the great-granddaughter of one of the builders.

Handy Chapel was listed in the National Register of Historic Places in 1994. A local firm, Chamberlin Architects, completed an Historic Structure Assessment on the church and house. By 2011, the Chapel House had been boarded up for years, with a failing roof. The chapel was not in compliance with the Americans with Disabilities act and its floors were deteriorating. HistoriCorps adopted the chapel as a project in 2011, and with local volunteers replaced the cedar shingle roof. A larger preservation project took place on Hardy Chapel and the Chapel House from 2012 to 2013. Multiple grants funded the nearly $300,000 it took to save the structures and bring them up to code.