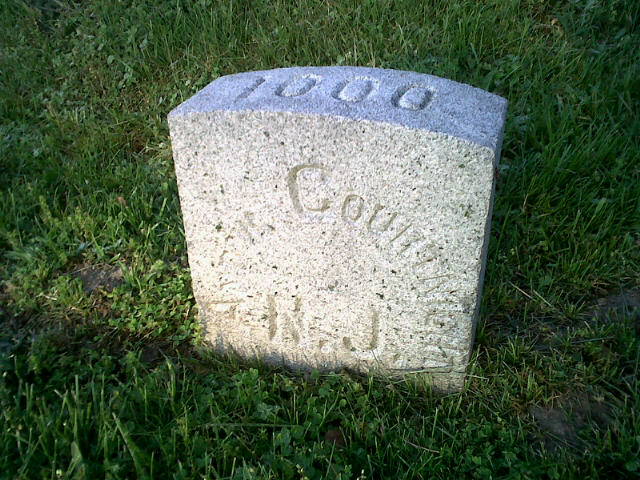 Every soldier buried in this cemetery was a casualty of war, but not all of them were casualties of battle. Disease took the lives of more men than did the ravages of combat, becoming the leading cause of death during the Civil War. This toll began early in the war, earlier even than battle for many of these men. The process of bringing thousands of men together into close contact, men who had been exposed to different diseases back home allowed sickness to spread quickly through the camps. Some of the first casualties suffered by a regiment were often before the men had even seen battle.

Private Andrew Courtright was the first man to die in the 15th New Jersey, perishing of typhoid fever at a regimental hospital at Stafford Court House on November 23, 1862. Being their first casualty, the regiment buried Courtright with reverence. Boards were foraged for a coffin and the recently arrived regimental band proceeded with the body to its final resting spot where the chaplain gave a benediction and oversaw the firing of three volleys:

On November 23, after Chaplain Alanson Haines conducted services for the brigade, he was summoned to the Fifteenth’s hospital tent. There, amid the suffering soldiers laying on the hard ground with no comfort save their blankets, Private Andrew Courtright was dying of Typhoid Fever. As the chaplain told Courtright to trust in Christ, the private’s throat rattled and he was gone. Courtright was the first man to die on active service with the Fifteenth, and the regiment buried him with a reverence born of unfamiliarity. Boards were forages for a rough coffin and Courtright was marched to his grave to the strains of “Yankee Doodle,” played by the recently arrived brigade band. He was interred with the Chaplain’s benediction and three volleys of musketry.

As the war continued, there would be no time for funeral ceremonies; Courtright benefited with his comrade’s unfamiliarity with war.