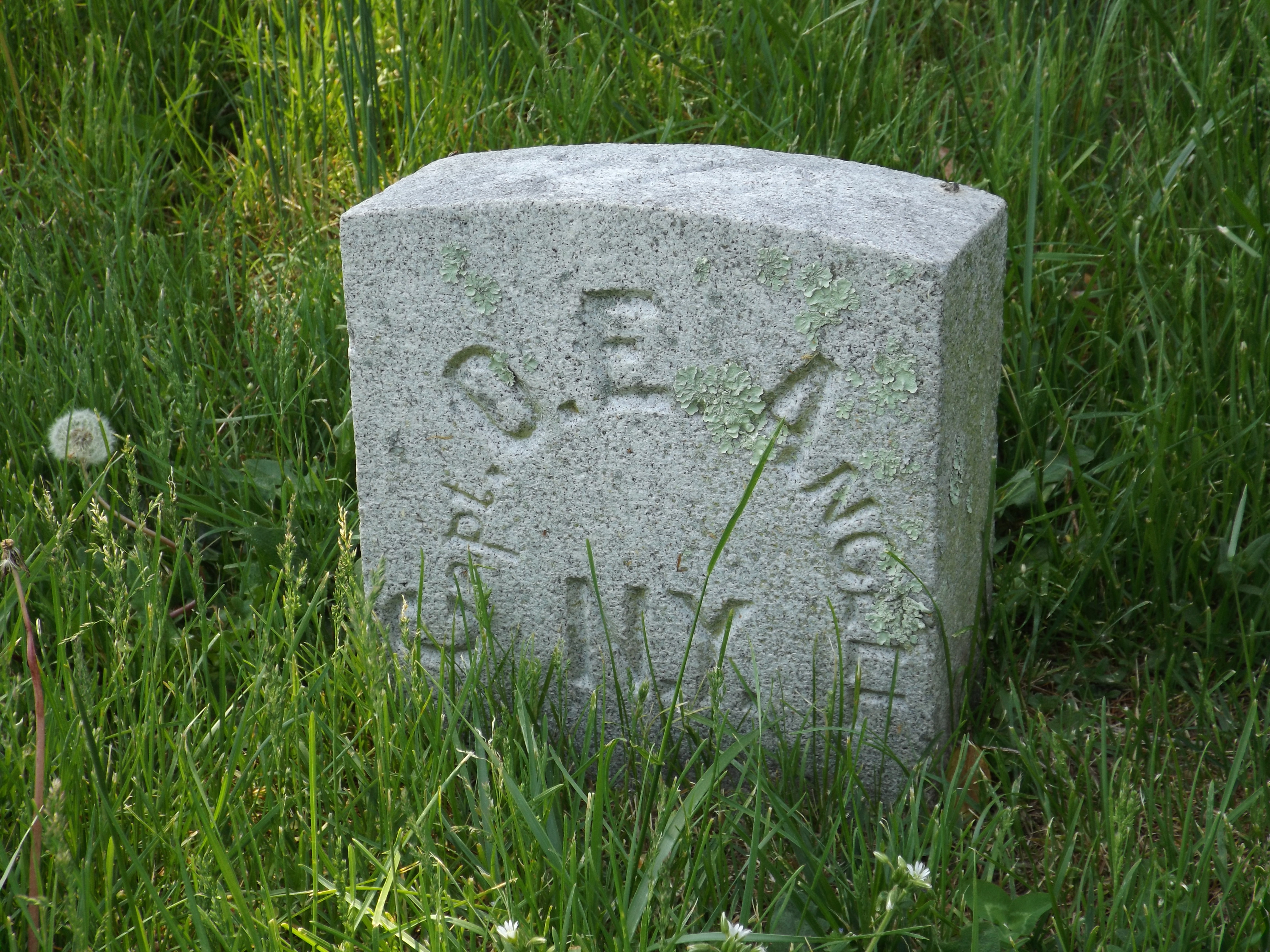 NY Muster Roll showing Angell transferred from Co. A to Co. G in the 10th NY in January 1863.

NY Muster Roll showing Angell transferred into Go. F in June 1863 and was promoted to Captain in March 1864. This roll shows him died May 14, 1864 of wounds received at Spotsylvania.

Captain Oscar Angell of Co. D, 10th New York had an adventurous time as a soldier. From the regimental history:

He had enlisted as a private in Company A, of the National Zouaves, in April 1861, and served as orderly-sergeant until the Battle of Gaines’ Mill, where he was taken prisoner. Escaping from Belle Isle soon after by swimming the James River, he reached the Union lines and was given a position in the secret service corps, where he experienced a series of adventures and hair-breadth escapes in the performance of the duties devolving upon him. In the winter of 1862 he was commissioned second-lieutenant in his regiment, and again, in April following as first-lieutenant. He received his last commission of captain a few weeks before his death. From the first he had been popular with the regiment, sharing its privations and hardships without murmuring. Always the impersonation of enthusiasm upon the battlefield, in his last battle he acted with daring, until two wounds put a final end to his patriotism. His nature was truly “generous to a fault.

Angell was killed at Spotsylvania, although the regimental history and other records disagree on whether he died On May 10th, 11th, or 14th. According to the regimental account, he was wounded on May 6th but remained in command, then was hit in the left arm on May 10th and shortly after mortally wounded. He was taken to a field hospital where he died, presumably on one of the disputed dates.