This is a unique grave in the cemetery because it contains more than one identified burial in the same grave. Of the four soldiers, William Showers of the 1st US Sharpshooters is the only one that can be connected to more records--he was killed at Locust Grove on November 27, 1863. The other three--Sunder Ballard, J. H. Claley, and __ Edwards--are difficult to connect to soldiers who appear in the unit rosters. All three are listed as members of the 1st USSS with death dates of May 1864; this may be due to their original burial on the Wilderness Battlefield.

Sunder Ballard of the 1st USSS is listed on the front of the stone. 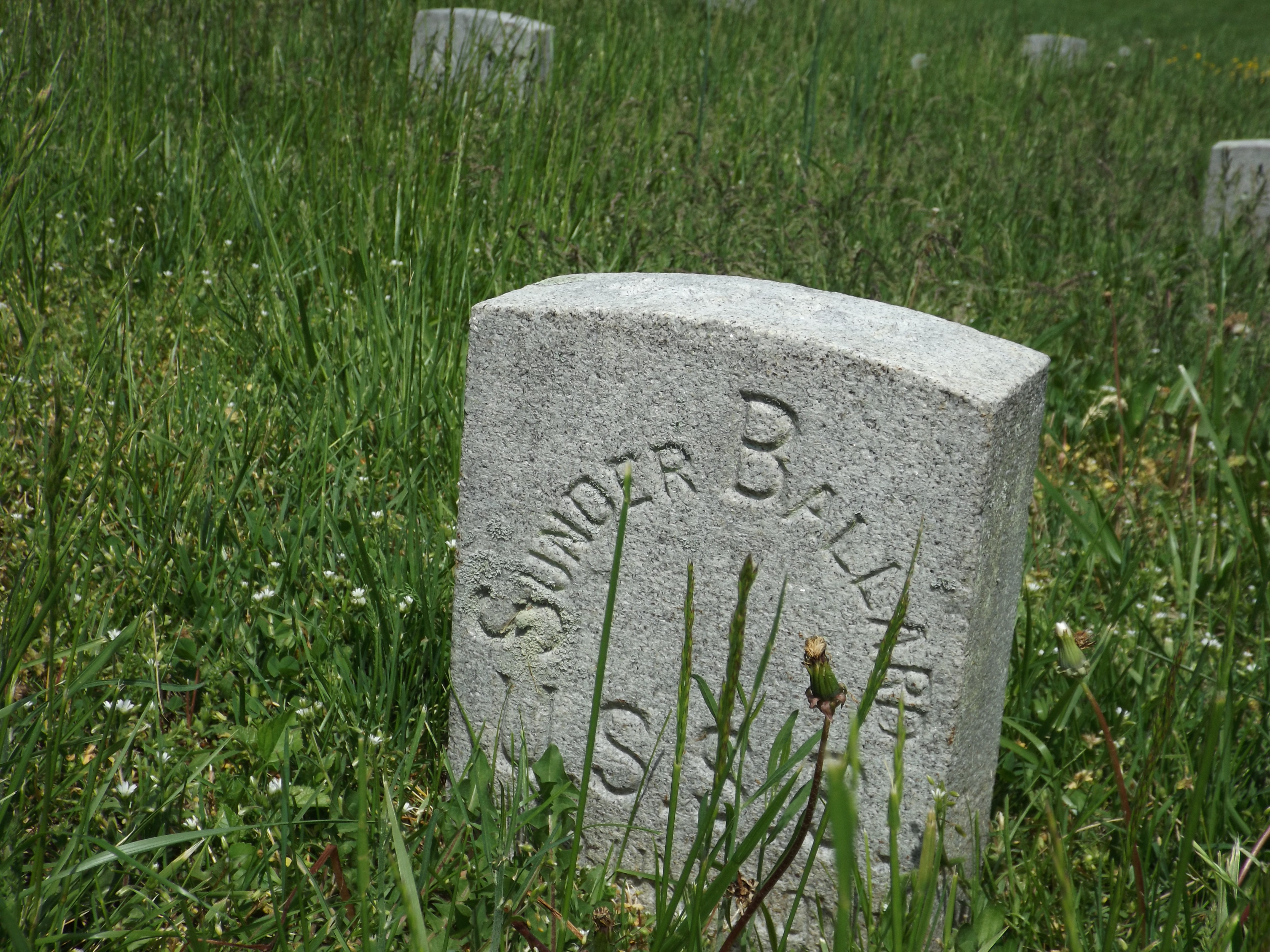 William Showers is listed on the back of the stone along with _____ Edwards and JH Claley. 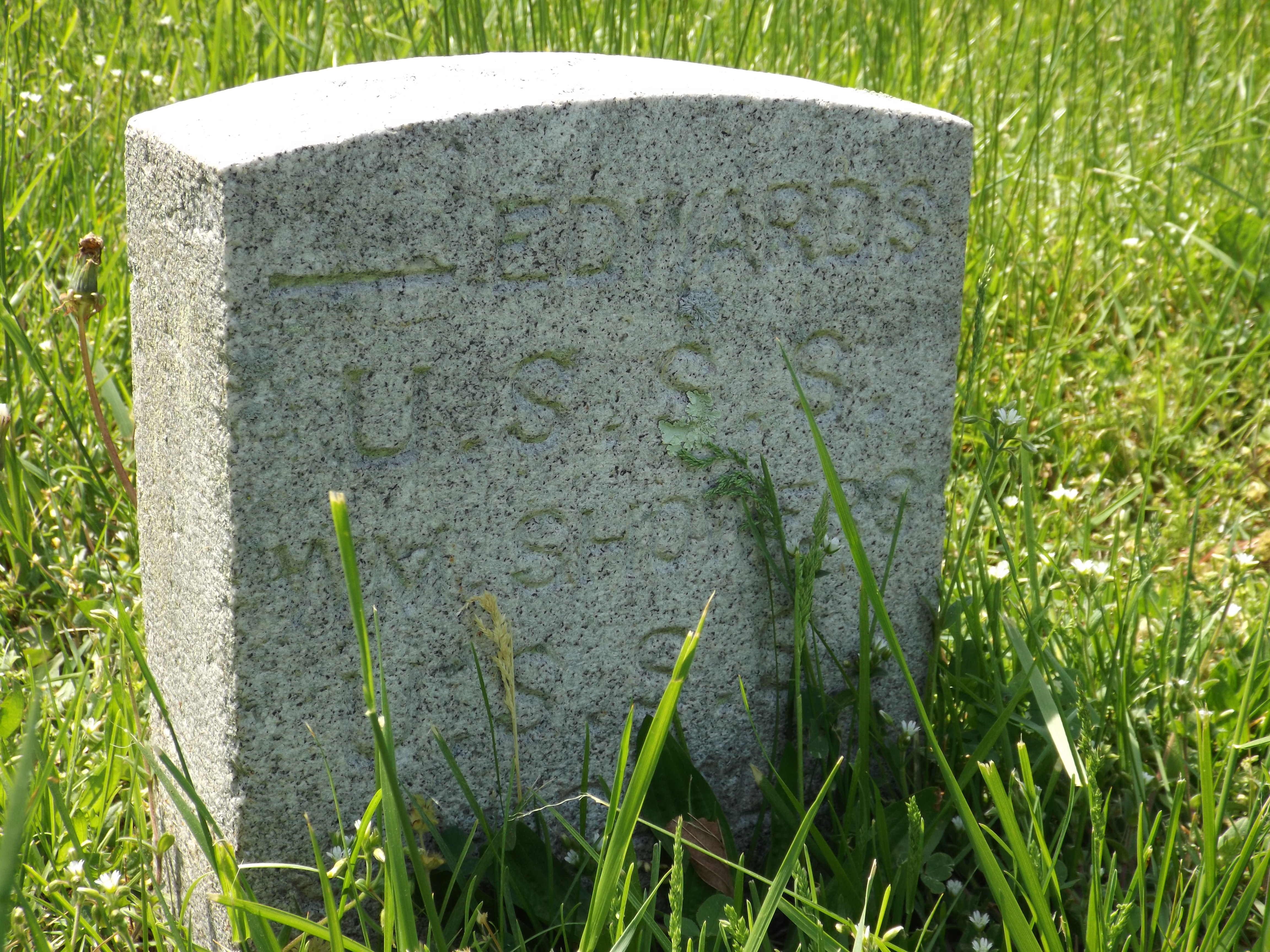 There is a dependent pension under the name Allen Leander Ballard of Co. I, 1st USSS (although the rest of his records are not yet digitized). There is no other Leander Ballard listed in the 1st USSS, so this is likely the same soldier killed at Locust Grove. 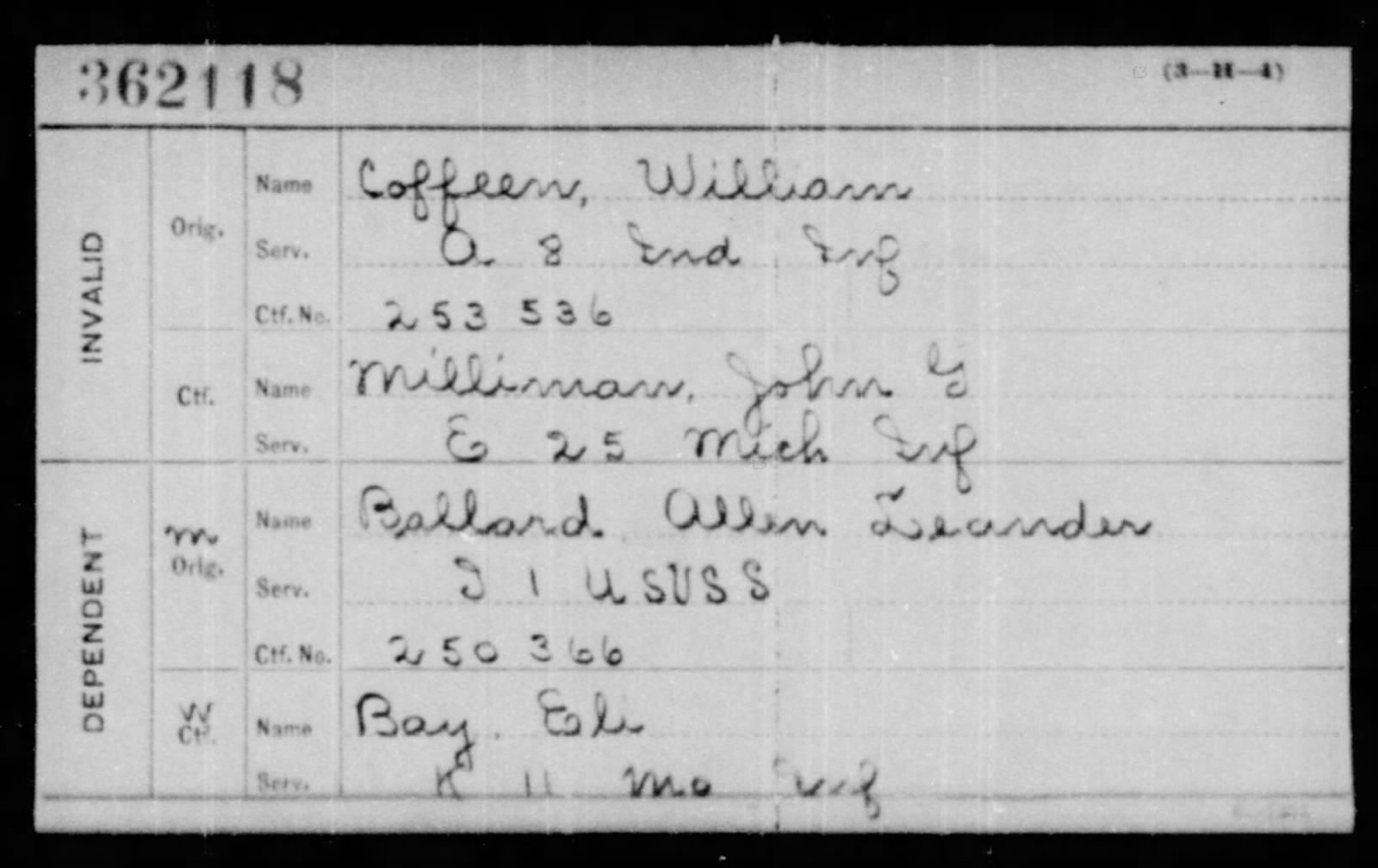 Following the Battle of Gettysburg in July 1863, the Confederate and Union armies moved back into Virginia. While the 1864 Overland Campaign, beginning with the Battle of the Wilderness, in May was the next major engagement between the opponents, there were smaller engagements and campaigns in between. One such campaign is the Mine Run Campaign, which occurred just past the Wilderness Battlefield in Orange County. Casualties of this lesser known engagement, and others like it, were also included here in the national cemetery. One such casualty is Private William Showers of the 1st United States Sharp Shooters. The nineteen year old was killed at Locust Grove on November 27, 1863 when he was shot through the head. His burial here in the cemetery is unique because it is one of the few graves in which more than one identified soldier are buried together. Showers is buried in a single grave with three identified comrades of the 1st USSS, and an early register of the cemetery shows that there may also be two unidentified soldiers of the same unit buried there as well.

While the other three soldiers are identified with names--Sunder Ballard, J.H. Claley, and ___ Edwards--it is possible that the names are incorrect because very little can be determined about the men. For example, in a list of casualties from Locust Grove from November 27, 1863, William E. Showers of Co. K is listed as killed as is a Leander Ballard of Co. I. It is possible that Leander Ballard is the one buried with William Showers and the name was mistaken as Sunder in the reinternment process. However, the burial roster for the cemetery lists Ballard as dying in May 1864, perhaps due to his burial on the Wilderness Battlefield. Edwards and Claley are even harder to connect to the available rosters and service records. There was a George Edwards who served in a New York company of the Sharpshooters, but there is no record of him past enlistment (even the muster rolls and adjutant reports list "no further record"). Claley does not match with any of the soldiers listed in the unit by the NPS Soldiers & Sailors database and does not have any matches within Fold3. This is likely a case where workers reinterring the bodies after the war found partial clues to the identities of the men, but these were misrecorded or recorded incorrectly at the time of burial.

I searched the digitized records on Fold3 as well as adjutant reports, rosters, the NPS Soldiers & Sailors system, and other internet searches to try to pinpoint the correct identities of Ballard, Claley, and Edwards.