The Humphreys Monument stands at the center of the National Cemetery 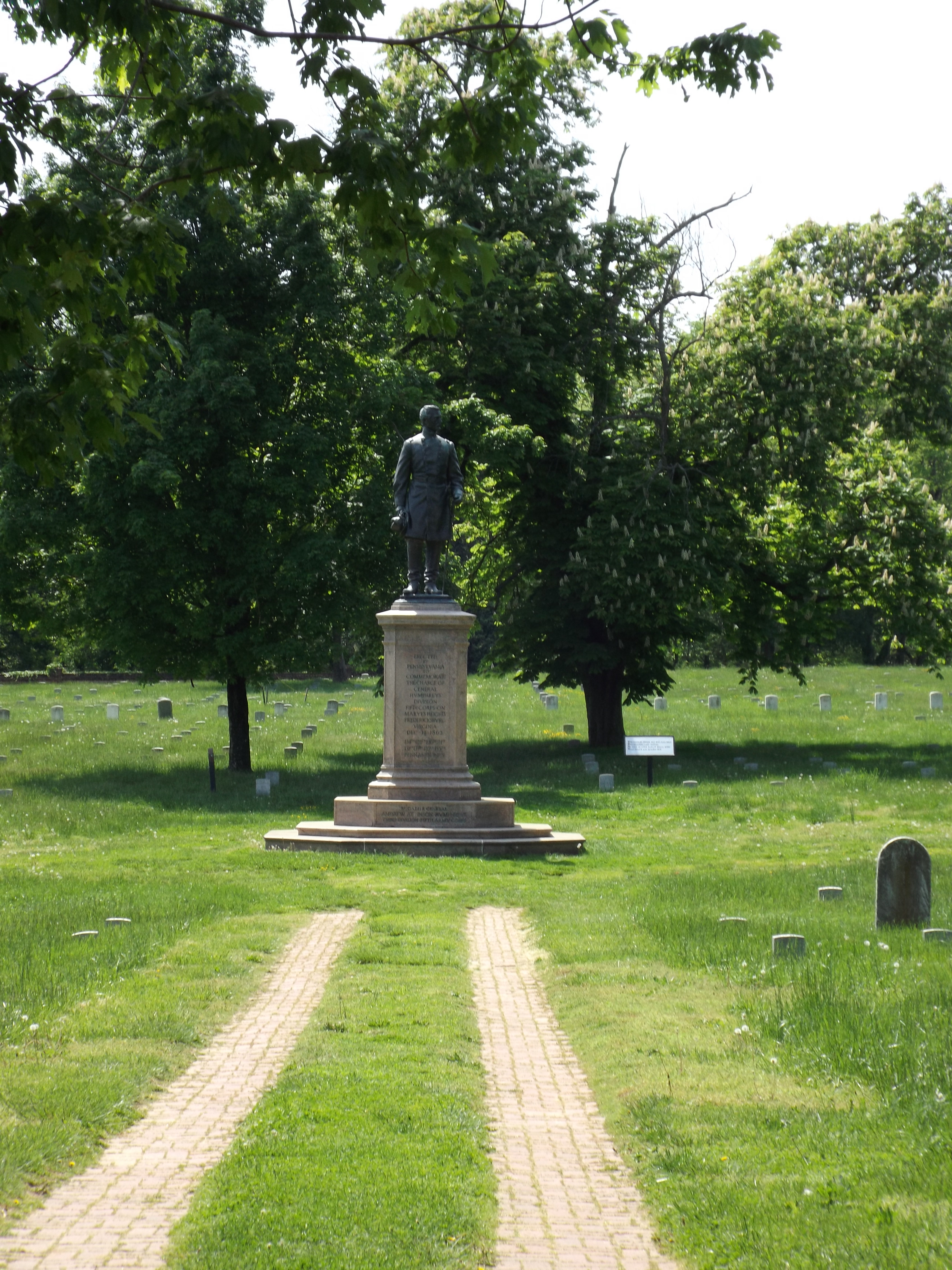 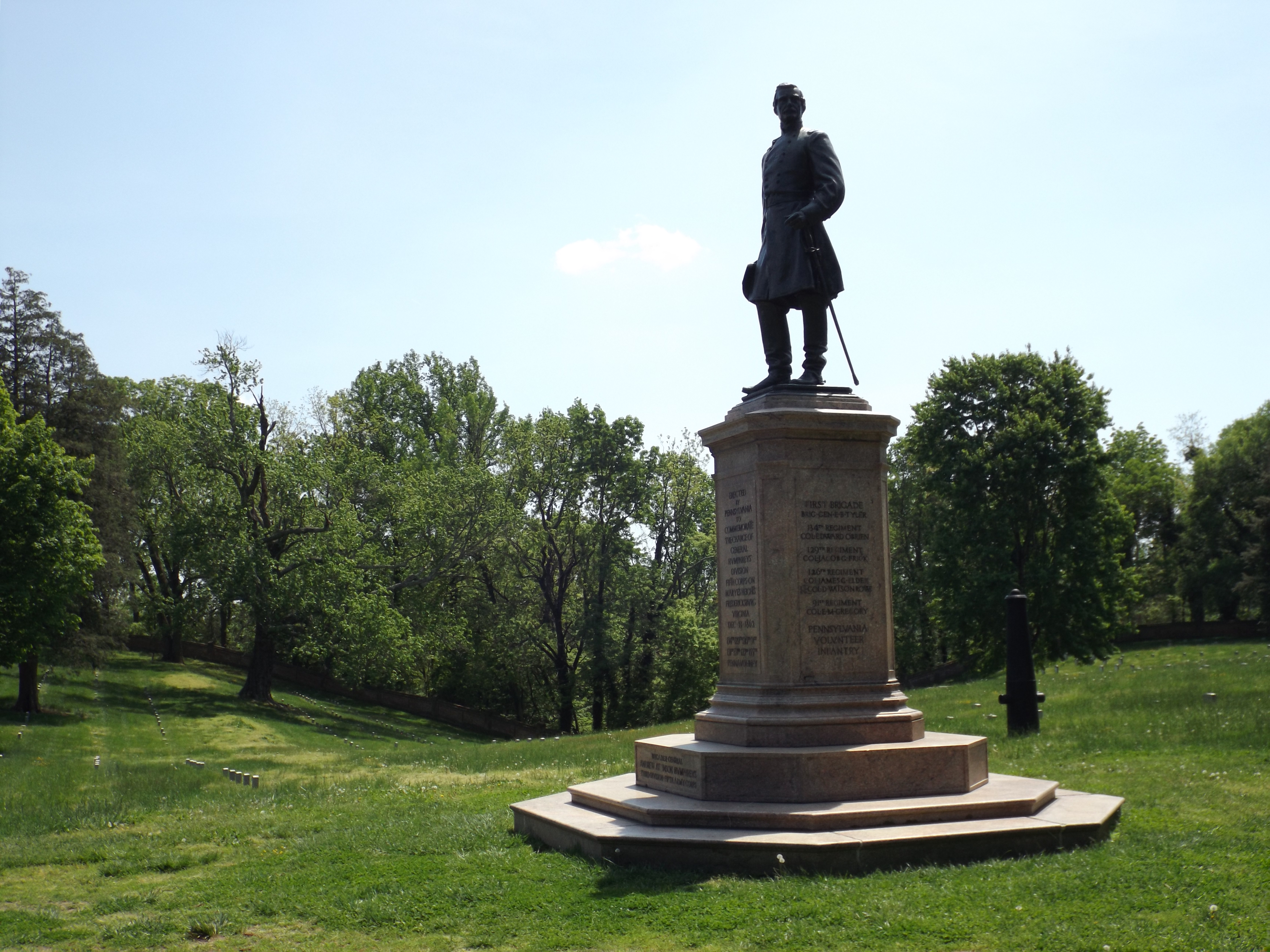 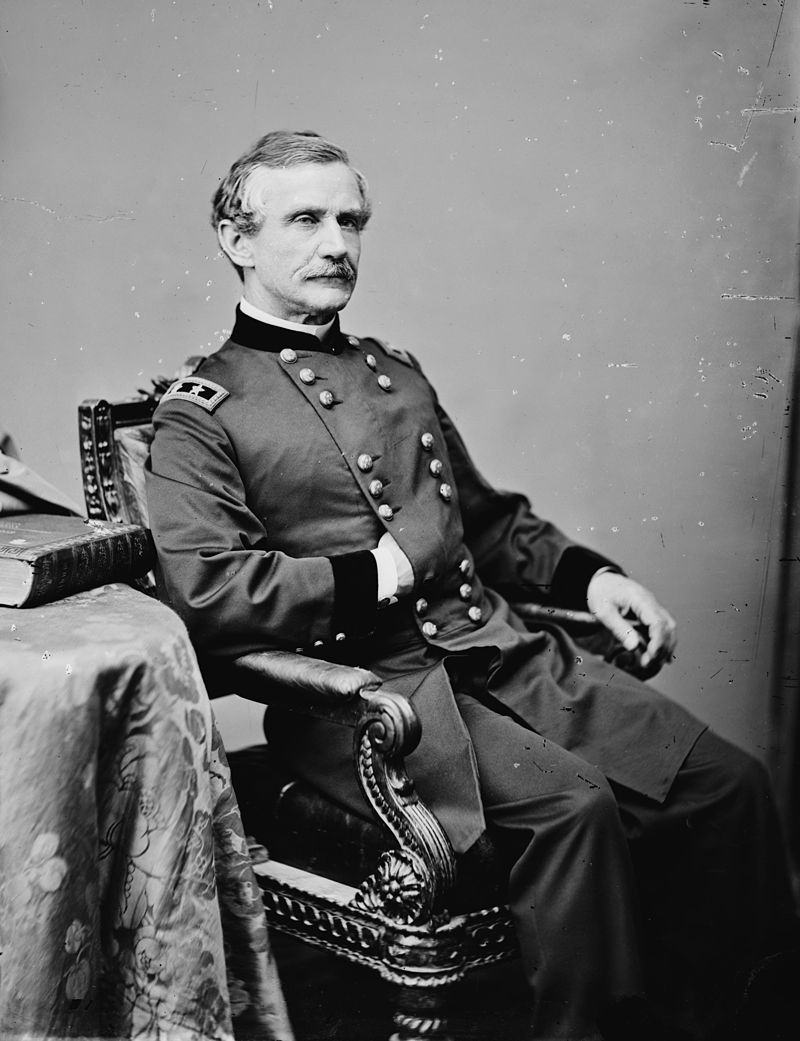 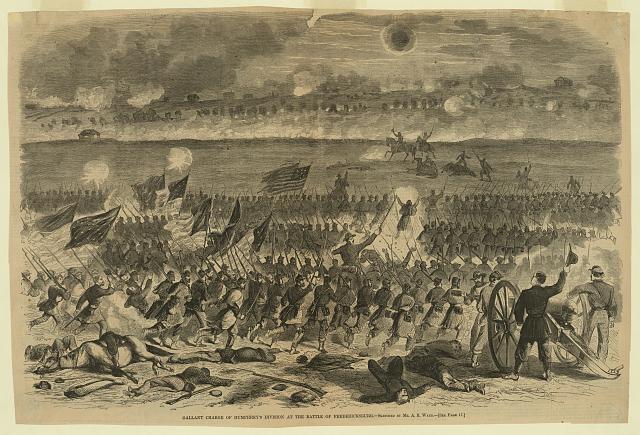 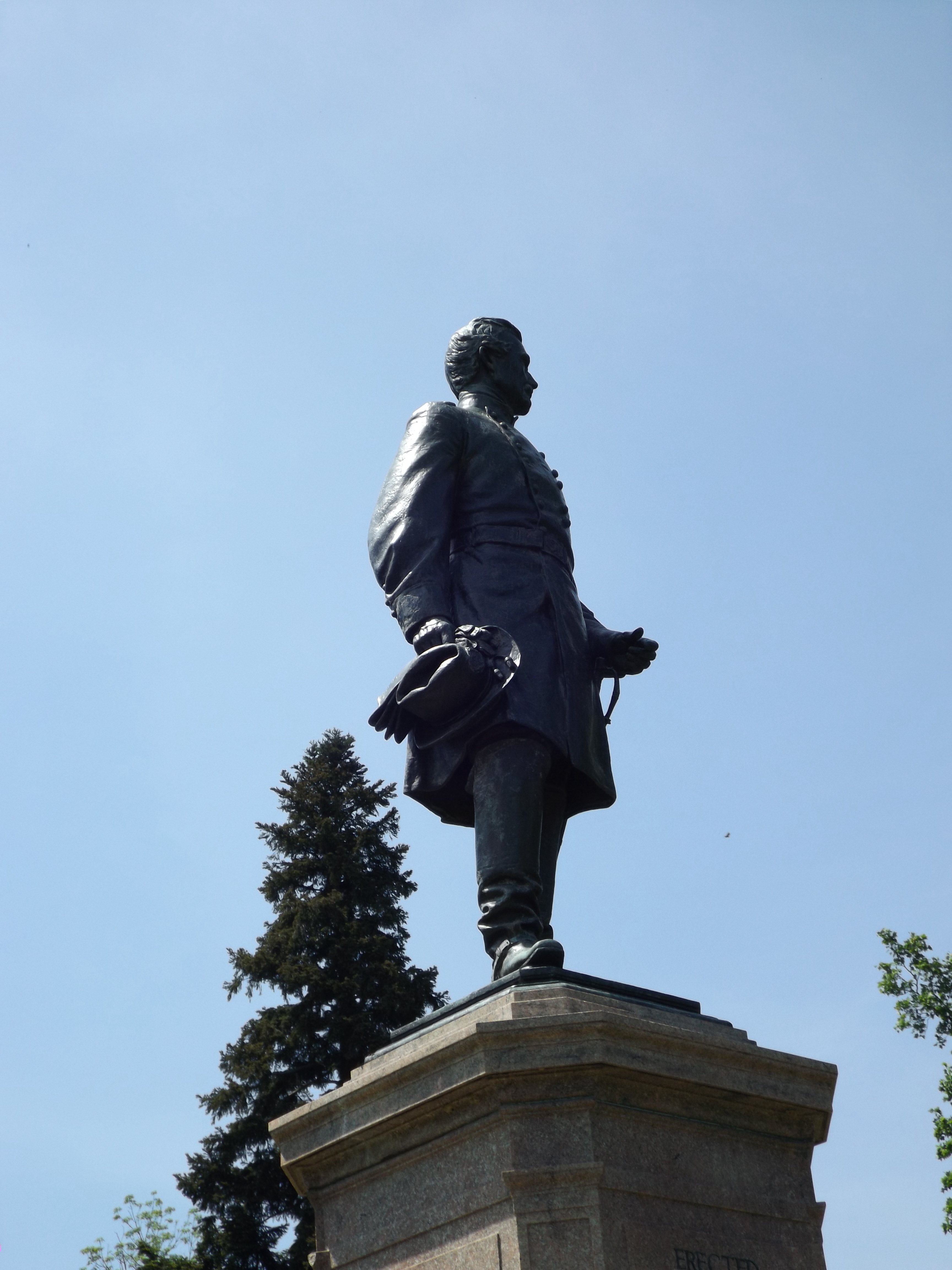 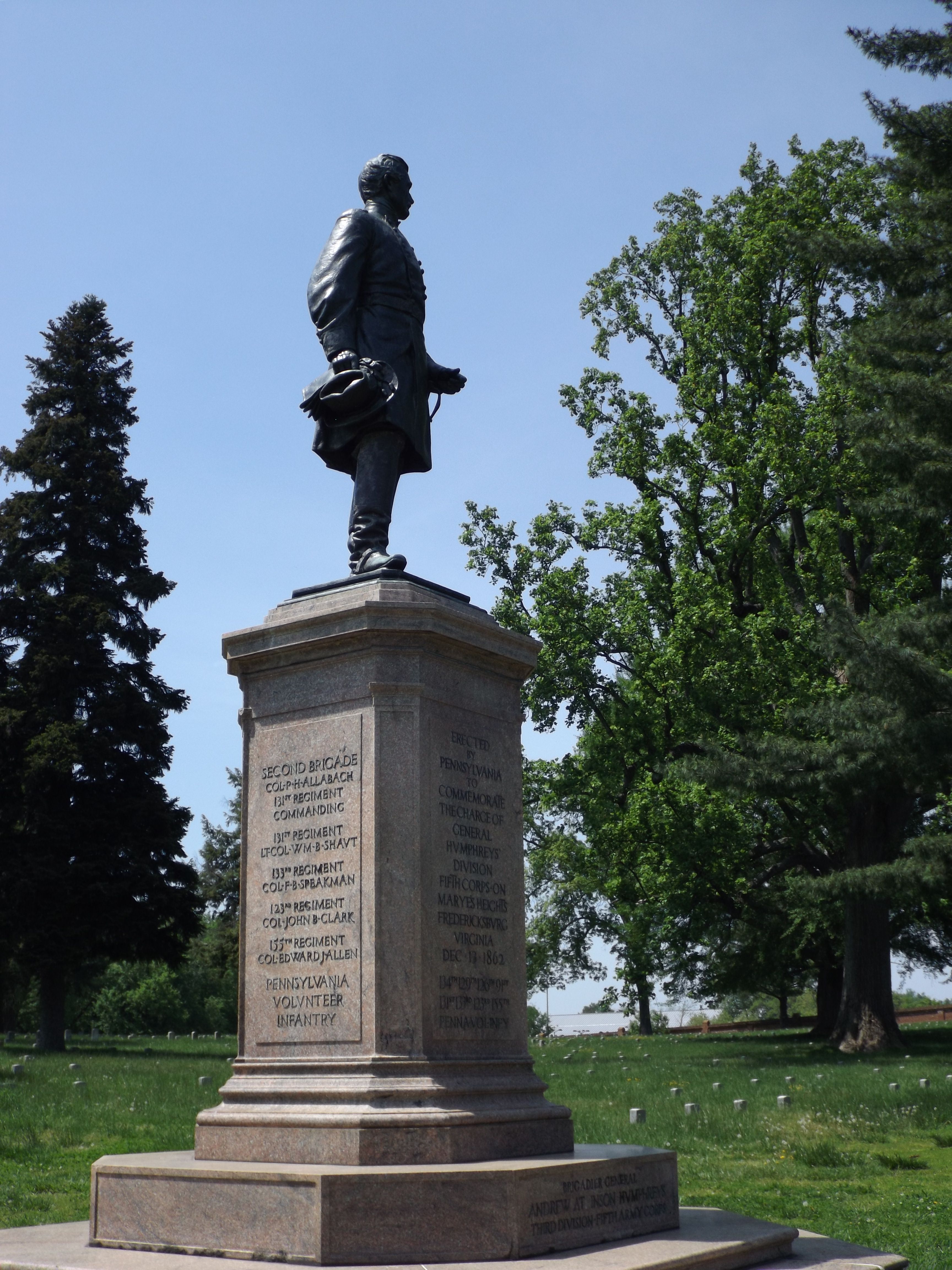 The Humphreys Monument, standing prominently in the center of the cemetery, commemorates the charge of Brigadier General Andrew’s Humphreys’ Pennsylvania division at the Battle of Fredericksburg. The bronze statue on the top of the pink granite pedestal depicts Humphreys himself, with his hand on his sword, scanning the eastern horizon. The Pennsylvanians participated in one of several attacks that occurred on the plains below us during the battle on December 13, 1862. From late-morning to darkness, waves of Union soldiers crossed the open fields between the town of Fredericksburg and Marye’s Heights where we are standing, attacking the Confederates who were entrenched behind the stone wall along the Sunken Road. These attacks took place in conjunction with another attack a couple miles to the south of us; all of these attacks would fail leaving the Union with a death toll of 12,653 and the Confederates with 5,377 casualties. The Battle of Fredericksburg would be Confederate General Robert E. Lee’s most lopsided victory against his Union opponents.

Attacking close to sunset in one of the final Union attacks on this portion of the field on December 13th, some of the troops got to within fifty yards of the stone wall before being stopped, closer than most of their comrades. This division, composed largely of men who had never seen combat before, suffered more than 1,000 casualties and for many of these men this would be their defining action in the war. Humphreys himself had two horses shot from under him but otherwise escaped harm. Humphreys’ charge against Marye’s Heights was only one small piece of the Battle of Fredericksburg, but the multiple attacks against this position have come to define this battle and the slaughter of the Civil War.