The Fifth Corps monument honors the men of that corps lost attacking Marye's Heights during the Battle of Fredericksburg in December 1862. Major General Daniel Butterfield who commanded the Corps at Fredericksburg sponsored the monument and the cornerstone was laid in May 1900. The monument was dedicated on Memorial Day in 1901. 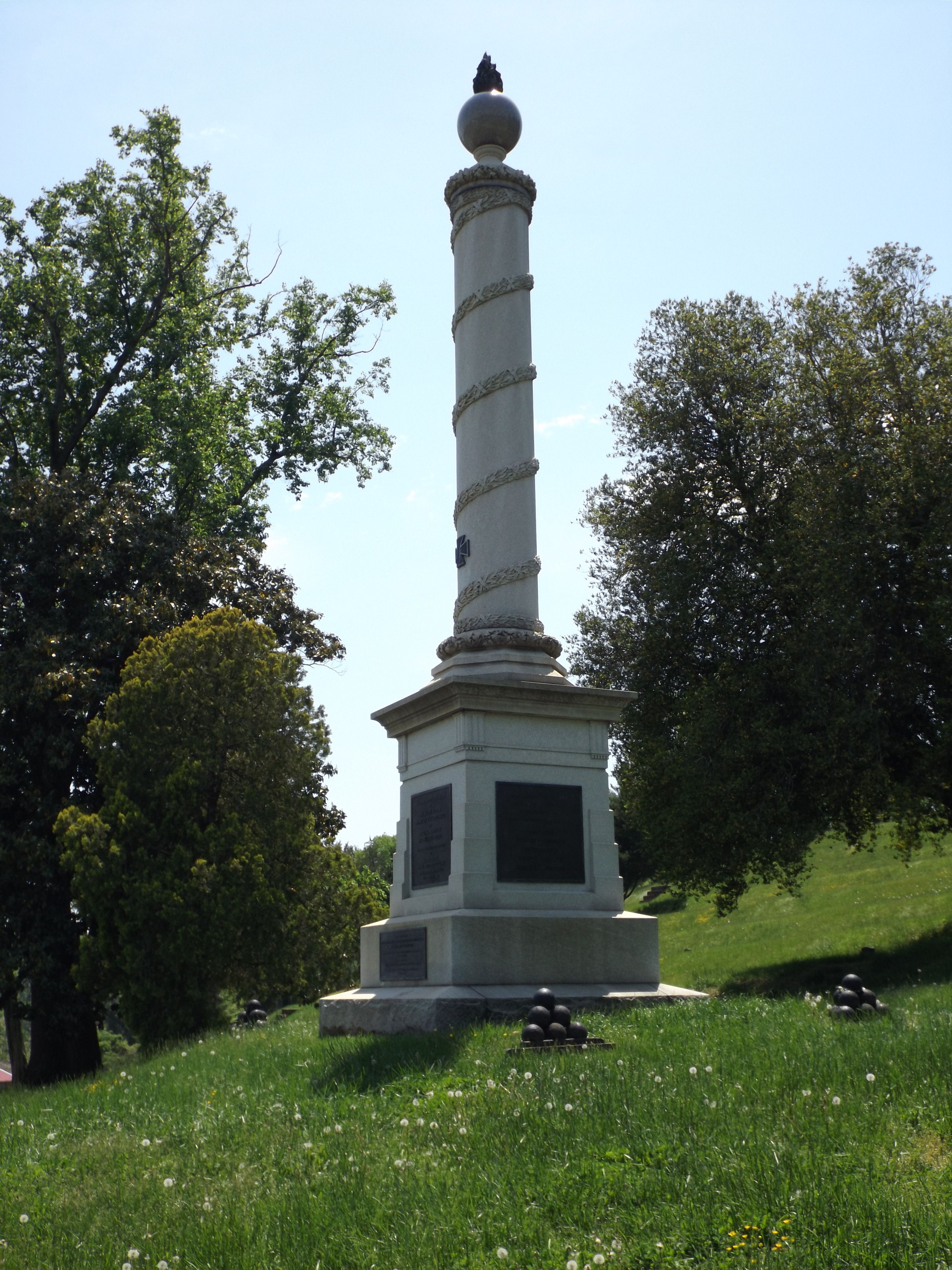 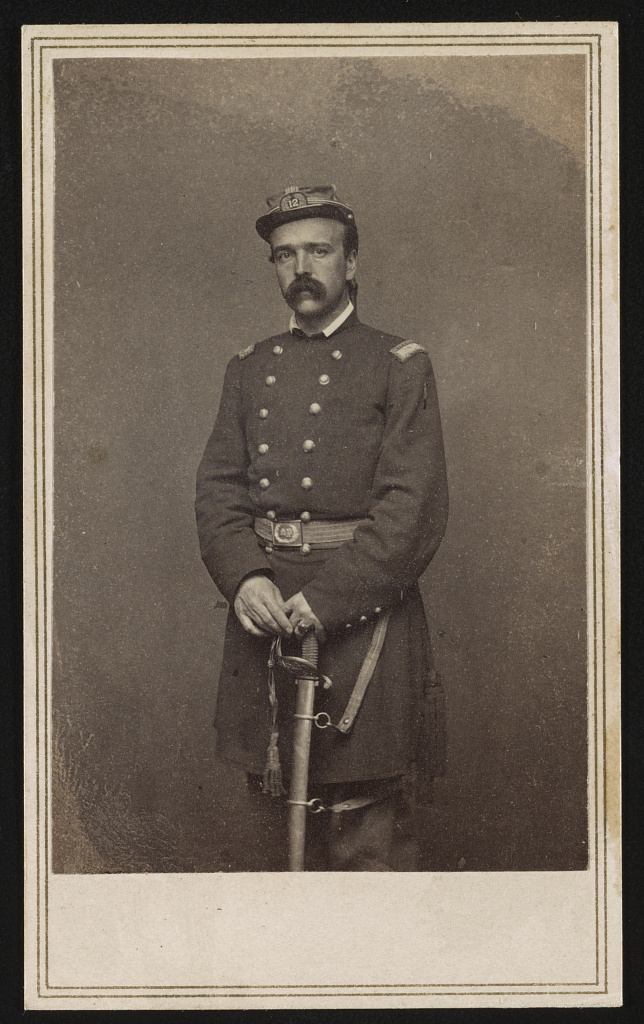 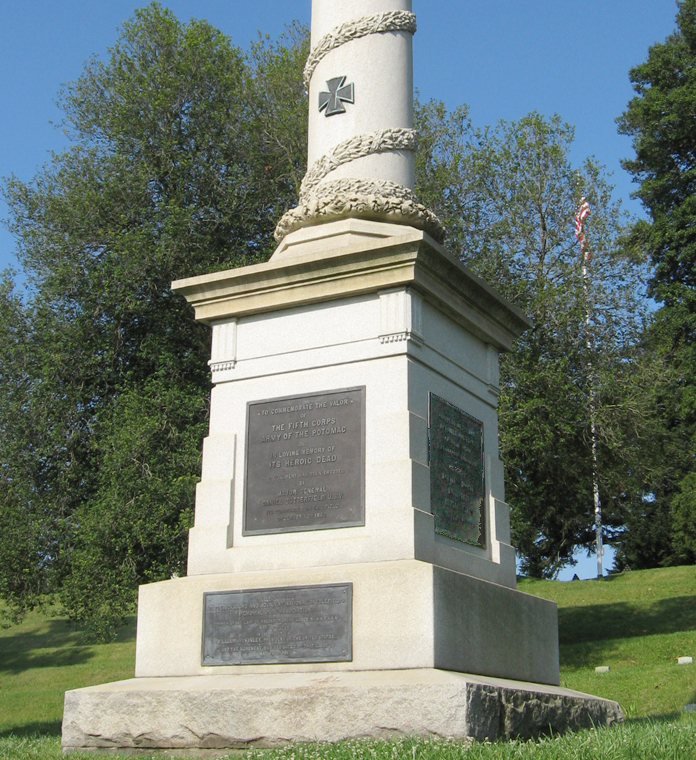 Tablet on east side of monument (Stone Sentinels) 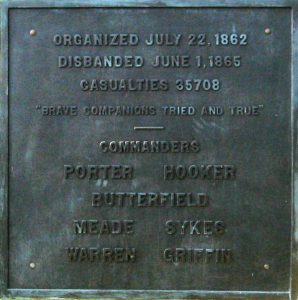 Tablet on west side of monument (Stone Sentinels) 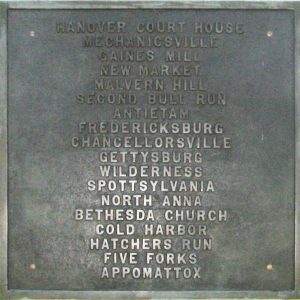 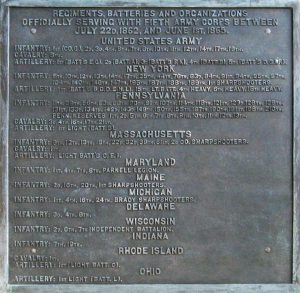 The Fifth Corps lost more than 2,000 men attacking Marye’s Heights during the Battle of Fredericksburg in December 1862. Many years later, the Corps’ commander, Daniel Butterfield, sponsored the monument that stands at the entrance of the Fredericksburg National Cemetery:

I have always felt that the magnificent services of the Fifth Corps on the occasion of the battle of Fredericksburg, as well as on other fields, deserve a lasting memorial. As I read the order issued by me after the battle, I feel today the same heartfelt appreciation that (it) expresses, and it gives me great pleasure to place a lasting memorial of enduring granite to record my feeling towards the Fifth Crops...over the graves not only of the many brave men of the corps who are buried there, but also in honor of all the gallant and splendid soldiers in that famous battle.

Illness kept Butterfield away from Fredericksburg, however, and he never saw the monument constructed or dedicated. In May 1900, the Society of the Army of the Potomac held its 31st annual reunion in Fredericksburg (and event attended by many dignitaries including President William McKinley); as part of the celebrations, the cornerstone was laid for the Fifth Corps Monument. Lt. Col. Edward Hill, now buried in the cemetery in grave #6640) spoke at the dedication of the monument. Hill served with the 16th Michigan and is one of the highest ranking officers buried in the Fredericksburg National Cemetery. Hill also has the distinction of being just one of two soldiers buried here to have earned the Medal of Honor, the nation’s highest military award.  Four months after the ceremony Hill died and is buried here near the spot where he delivered his speech.

The monument was officially dedication on Memorial Day in 1901, two months before Butterfield’s death.