The Baylands Nature Preserve serves as a reminder to the region's natural environment before the region was dominated by the search for wealth through the acquisition of gold, real estate, or the latest technology. The preserve stands as a connection to the natural history of the region before other wetlands and marshes were lost due to the commodification of the land. Thanks to the efforts of countless individuals, the natural environment of this area has been restored thereby reversing over a century of environmental changes to the San Francisco Bay and associated wetlands and marshes. The area is known as Byxbee Park Hills in honor of the Palo Alto civil engineer who first proposed the nature preserve and set the plan in motion. Other portions of the preserve are named in honor of local activists who helped stem the tide of commercialization in the 1950s and 1960s that almost turned the Bay Area into a series of damns and lakes devoid of natural wetlands. This nature interpretive center was dedicated in 1978 in honor of Stanford graduate Lucy Evans who dedicated much of her life to the preservation and study of these wetlands. 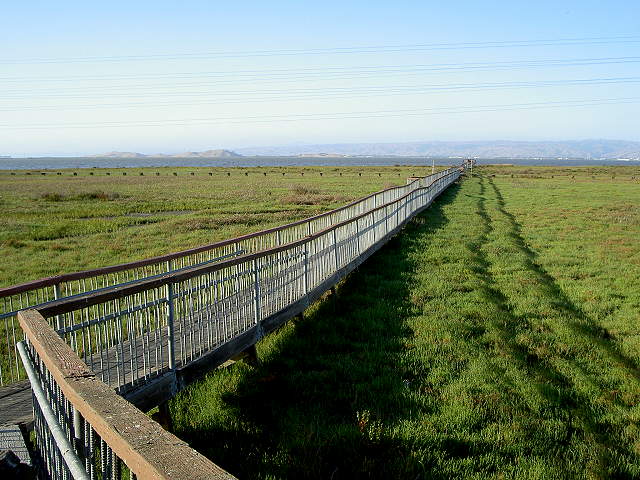 Starting a Movement. In 1961, Sylvia McLaughlin, Kay Kerr, and Esther Gulick took action against filling of the Bay and created the Save San Francisco Bay Association, now known as Save the Bay. 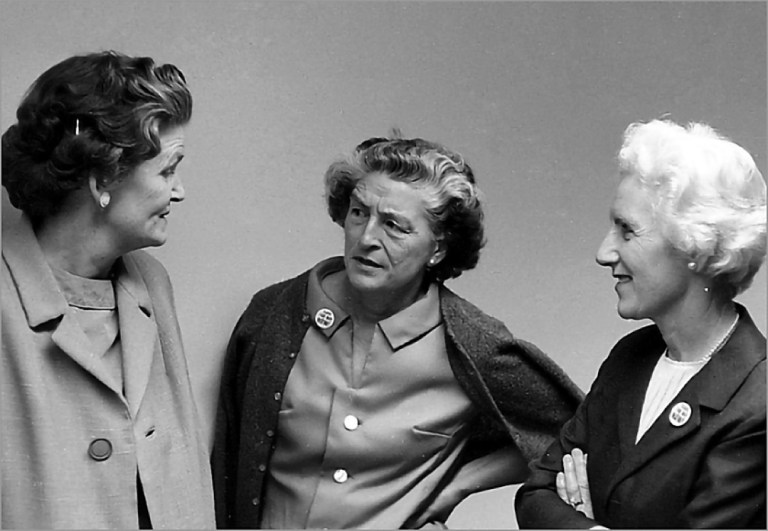 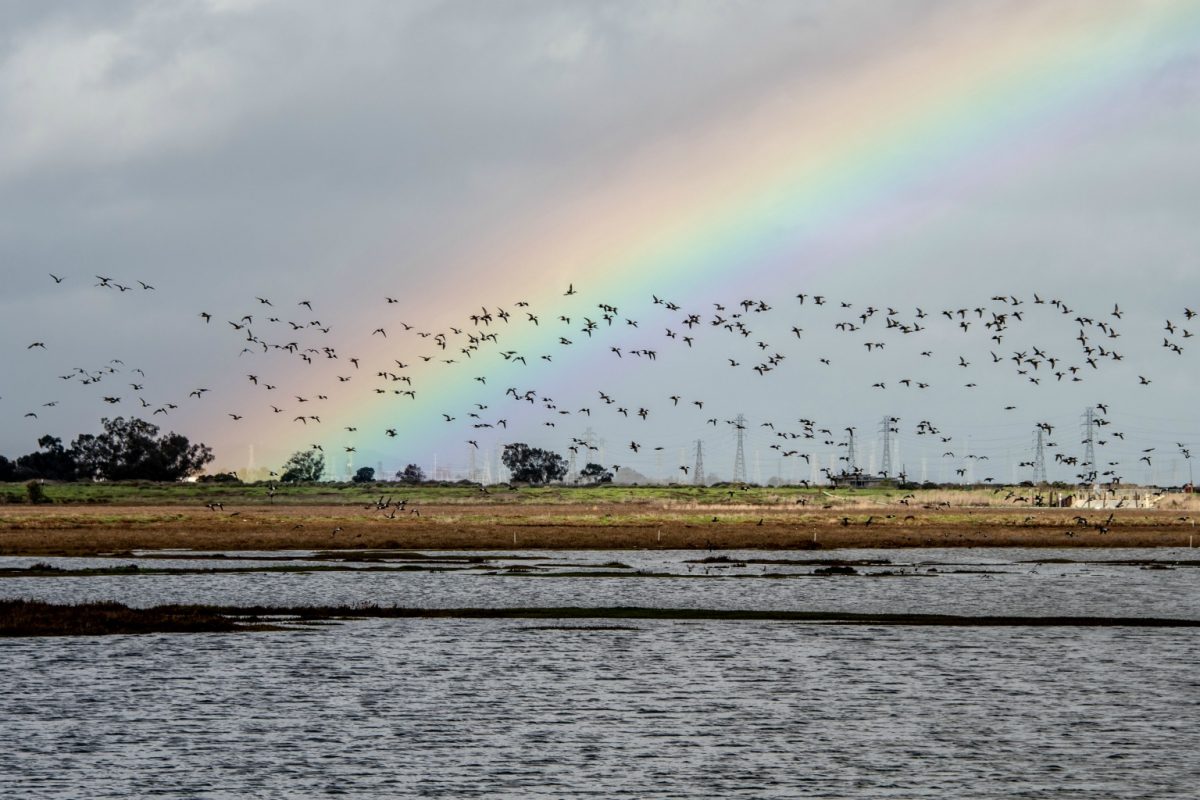 During the 1840s and '50s, the gold rush provided the main impetus for a mass migration (and immigration) to San Francisco, providing for a significant population boom from less than 1,000 persons to 50,000 during the period. Though gold mining certainly proved to be a popular endeavor, a large percentage of fortune seekers engaged in, or developed, ancillary industries such as real estate; the population boom led to a housing boom. And as people needed more homes, more and more companies filled wetlands and marshes to construct houses and businesses. A significant aspect of real estate development included landfills. Furthermore, the private gold mining that did occur gave way to commercial mining, which led to massive excavations and subsequent erosion. The effect of the soil runoff through the rivers and into the bay swiftly altered the local environment and hydro-environment so that by the end of the decade, the bay proved to be thirty percent smaller with edges that had sharp cutoffs instead of gradual ones.

Salt mining, which emerged during the 1850s, added to the depletion of wetlands and bay-area shoreline. Salt miners converted much of south San Francisco Bay's tidal marsh and wetlands into evaporative salt ponds both through ancient and modern commercialized methods. As had been done for centuries, miners relied on the ocean wind to evaporate water, leaving only the salt. But, miners also boosted their production through the use of windmills, electric pumps, and modern construction equipment to extract millions of tons of sea salt annually. By the 1930s, salt mining existed as the largest use of land for commercial purposes in the Bay Area.

Salt mining not only effectively removed shorelines and made leisurely use of the San Francisco Bay almost impossible. One competing industry that might have slowed the expanse of salt mining involved commercial fishing. However, many of the fishing companies were Chinese, an immigrant community that faced enormous discrimination, both socially and legally, in the U.S. and certainly in California.

It wasn't until the mid-twentieth century that concerted efforts took place to curb the degradation of the San Francisco Bay and the associated wetlands (what little remained). When the Army Corps of Engineers during the 1950s proposed a plan to fill most of what was left of the San Francisco Bay, construct a series of dams and otherwise turn the bay into a series of lakes, an outcry ensued. A community coalition formed called "Save the Bay," which ushered in an era of environmentalism and conservation for the region.

But, even before that movement occurred, a man named John Fletcher Byxbee Jr. already had plans for preserving a portion of the wetlands. Indeed, The Byxbee Park Hills area of Baylands is named for Fletcher, who worked as a Palo Alto City engineer from 1906 to 1941.

Byxbee, born in San Francisco in 1878, moved to Palo Alto in 1894 and became a member of the first graduating class of Palo Alto High School. He then attended Stanford University, where he studied under C. D. Marx, founder of the City of Palo Alto utilities system. Byxbee received a B.A. in Civil Engineering in 1902.

By 1906, Byxbee took the position of City Engineer and developed several new roads, sewer systems and utilities. But, he is best known for his plan to develop the Baylands into a park and recreational center. At his request in 1921, the Board of Public Works recommended the initial purchase of forty acres of marshland. Nine years later, Byxbee submitted a plan that included a municipal airport, a golf course, a saltwater swimming pool, a yacht harbor (one of his passions), a clubhouse, picnic areas, playground, and much more. Twenty-three land acquisitions took place in the Bayland area through 1958, helping expand the initial purchase of 40 acres to nearly 1,950 acres.

In 1968, the City Council named the park the John Fletcher Byxbee Recreation Area, although one will find the term "Baylands Nature Preserve" commonly used. But, without the 1950s Save the Bay movement and other associated grassroots efforts, the Baylands may never have survived. Several other activists have their names attached to the nature preserve. The Lucy Evans Baylands Nature Interpretive Center pays homage to Lucy Evans, who gained fame as "Baylands Lucy" becuase of her determination to preserve the Baylands. A friend of Lucy Evans, Harriet Mundy, fought hard against a $30 million private proposal to develop the Palo Alto Baylands for commercial and industrial use. She circulated a petition in 1960 that forced the City Council to cancel the project. In her honor, Palo Alto dedicated the Harried Mundy Marsh on the Baylands on October 23, 1982.

Like any nature preserve, it exists as both a mix of "how it once looked" and a new version of Bay Area wetlands, including the flora and fauna one sees in the Preserve.

For instance, The Emily Renzel Wetlands restoration project involved enhancing the salt marsh portion of wetlands with bay water, resulting in a fifteen-acre fresh-water pond. Emily Renzel, too, proved to be a strong advocate for saving the Baylands area as a City Councilmember; she pushed for an ordinance that requires a public vote to approve any open wetland space used for private development.

The Duck Pond not only supports several species of ducks but is home to a bird refuge and home to a multitude of bird migrations -- an aspect of the Baylands Nature Preserve for which it has gained modern popularity. Alongside the nature preserves and bird refuges lies modern recreational centers that include a yacht harbor area, golf course, sailing station, Baylands Athletic Center, and the nearby Palo Alto Airport.

The Baylands Nature Preserve serves as a monument to several aspects of the local history. As the metro region transitioned from Native American lands into an urban center that supported numerous industries, societal concerns for economic growth supplanted any concerns for the local environment; thus, the wetlands, marshes, and bay radically changed. But, the middle-twentieth-century saw pushback from those who sought to preserve the land, rather than use it for profit. The changes in the land and the associated fights provide a window into the broader history.

Booker, Matthew.. Down by the Bay: San Francisco's History between the Tides. Berkeley: University of California Press, 2013.

Fiege, Mark. Irrigated Eden: The Making of an Agricultural Landscape in the American West. Seattle: University of Washington Press, 1999.

Robb Most, 2019 via Punch Magazine: https://punchmagazine.com/perfect-shot-baylands-nature-preserve/