This site is the family home of Major General William Luther Sibert. Sibert was a engineer that worked for the U.S. government building many locks and dams. He also became the first commanding general of the First Infantry Division during World War I which he led to France. Sibert was later appointed first commander over the U.S. Army's Chemical Warfare Service. Sibert had also received several rearwards during his career. He retired but then came back to oversee the building of Alabama State Docks once he finish he finally retired for good. 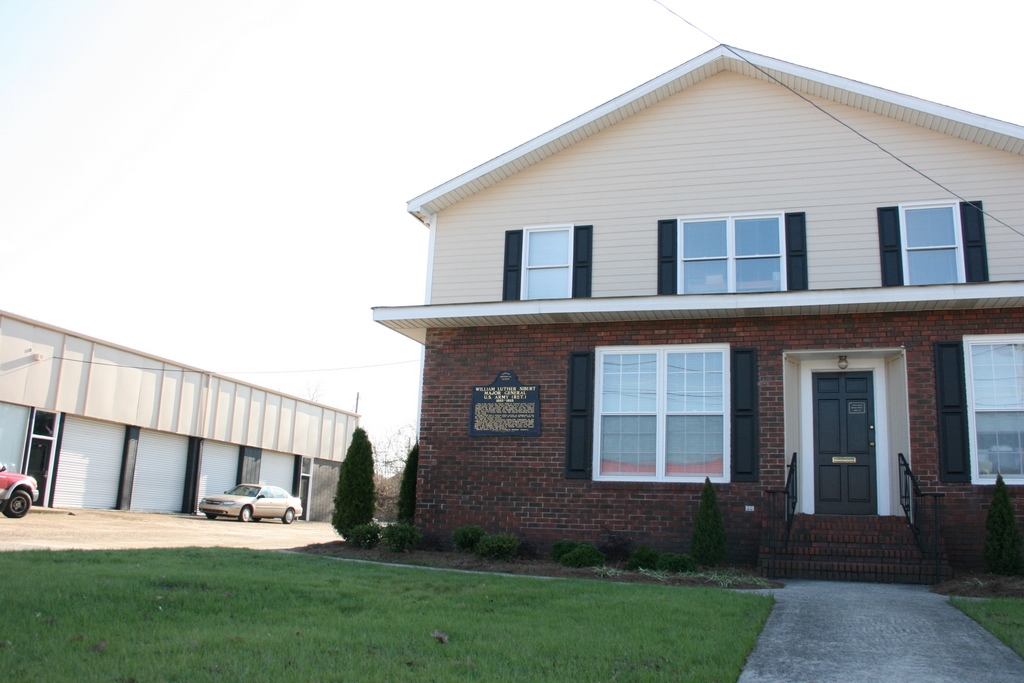 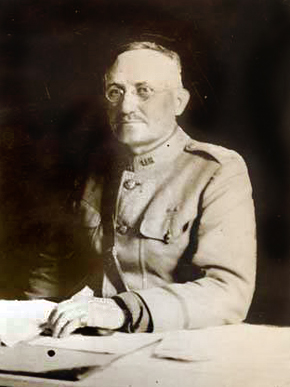 William Luther Sibert was the son of William J. and Marietta Ward Sibert. Sibert’s father shortly fought for the Confederate Amy, for whom he fought in the Second Battle of Bull Run. In this battle Sibert’s father attained a wound that would cause the family to move, because he no longer could provide for his family by farming. Sibert’s family moved into their home in Gadsden in 1867. In 1880 Sibert went to the U.S. Military Academy where he graduated as one of the top cadets in the class of 1884.

Sibert went to many places in his career and started in 1887 when he became a second lieutenant. He was first sent to supervise the improvements to the Green and Breen Rivers lock and dam system. In 1891 he was appointed to create a new lock in a lock-and-damn system in Michigan. This lock allowed ships to go between Lake Superior to the lower portion of the Great Lakes. For the part of the lock and damn that stretched lower end of Lake Huron to the higher end of Lake Erie Sibert was the main assistant on the development. In e received his own independent command from his outstanding work. This put him in charge of the River and Harbor District at Little Rock, Arkansas. Sibert became the chief engineer of the Eighth Army Corps during the Philippine-American War, where his duty was to restore the main Manila-Dagupan Railroad.

In 1900 upon Siberts return he was put in Louisville District in Kentucky in control of the rivers and harbors. Shortly after he was moved to Pittsburgh, Pennsylvania where he oversaw the enhancements on the Allegheny, Monongahela, and Ohio Rivers. During his time at Pittsburgh he constructed multiple locks and dams, and even destroyed a dam on the Allegheny River. By destroying the damn on Allegheny River stopped the flood of Pittsburgh in 1905, for this he received a commendation from Congress.

By 1907 Sibert had become a major and Theodore Roosevelt was looking at him to be in the Isthmian Canal Commission. This commission was put in command of constructing a canal across the Isthmus of Panama. Sibert was head engineer and put in charge of the Gatun Lock and Gatun Damn. While working on the Gatun Lock and Gatun Damn he also worked in Colón Harbor where he guided the building of breakwater, and helped create a channel from Gautn to the Caribbean Sea.

After Siberts return to the United States in 1914 he started working the Red Cross in China on flood preparedness. The next year he was given the title of brigadier general. During World War I he became the first commanding general of the First Infantry Division. Sibert and his troops went to France in 1917, but he returned to the United States 1918. He went to Charleston, South Carolina where he became commanding general of the Southeastern Department of the Army.

The same year Sibert was given the title of major general and became the chief officer of the Chemical Warfare Service. The Chemical Warfare Service was created because of the use of chemical warfare that was used in World War I. Sibert supervised the trainings, research, and development of chemical warfare and weapons. This was to be able to keep U.S. soldiers safe and to help them use the new weapons. For his work with the Chemical Warfare Services Sibert was awarded the U.S. Army’s Distinguished Service Medal. He was also awarded the Legion of Honor from the French. In 1920 the Army considered cutting the CWS, and that same year Sibert resigned from active duty.

In 1923, Sibert went to Alabama to oversee the Alabama State Docks project. He spent five years directing the Alabama State Docks Commission. In 1928 Sibert was employed by Congress to examine and report back on the building of Boulder Dam. He then returned back to retirement, and finished his carrier. He later passed away October 16, 1935.