The USS Missouri is an American battleship that is best-known for its role as the site of the ceremony that ended the war between the United States and Japan. Representatives of the Japanese Emperor signed a document that signaled their former surrender on September 2, 1945. The ship was one of many built in World War and was commissioned in 1944 by the daughter of Missouri resident and Vice-President Harry Truman. The ship saw action in several battles in the Pacific, including Iwo Jima and Okinawa. The Missouri was also instrumental in the Korean and Vietnam conflicts. It now serves as a battleship memorial and is moored at Pearl Harbor in Hawaii. 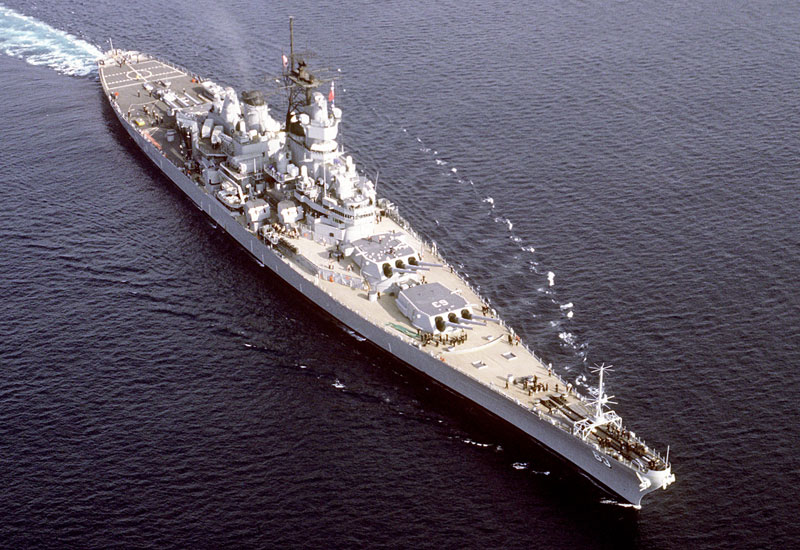 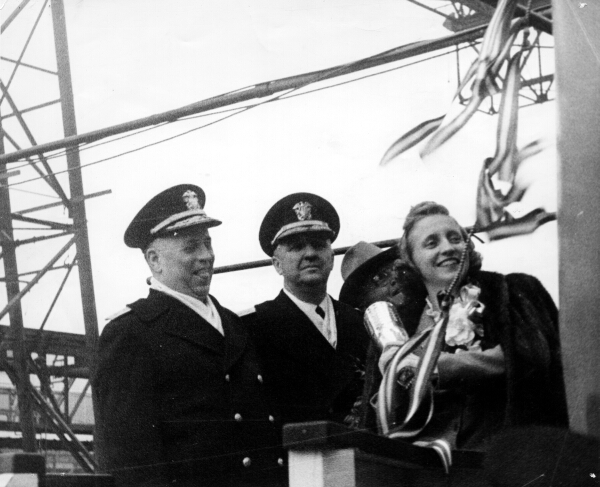 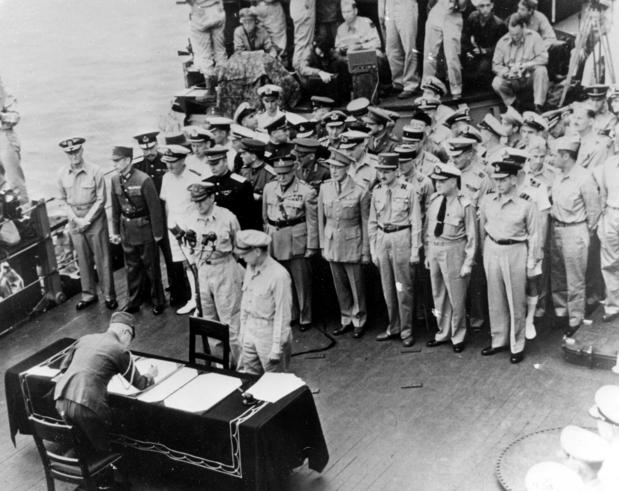 President Harry S. Truman on board the USS Missouri 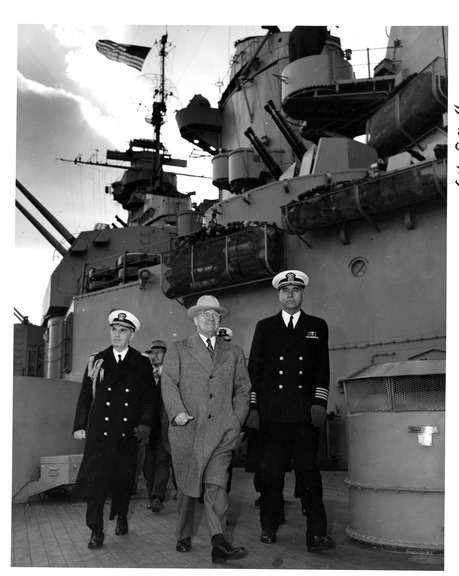 Photo of the USS Missouri firing a full broadside 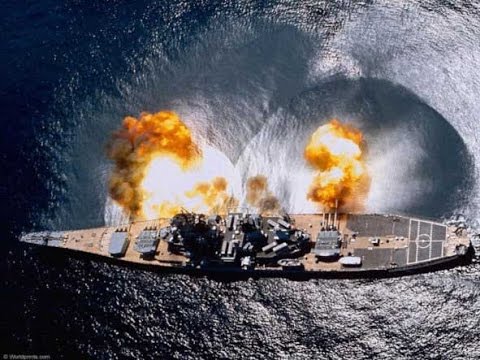 The USS Missouri sails under the Golden Gate Bridge. 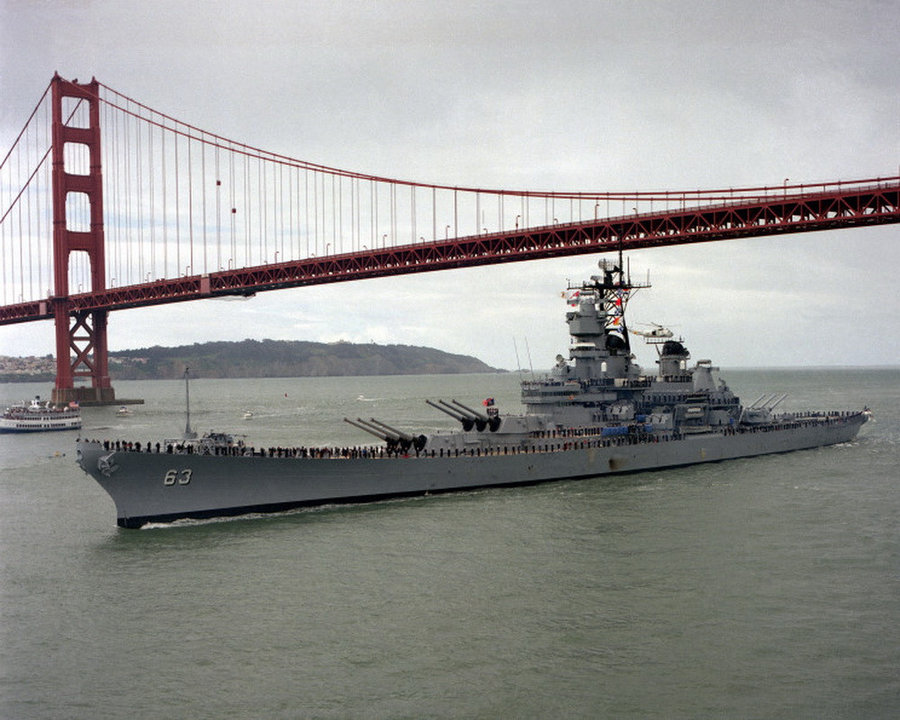 The USS Missouri firing her guns at night

After the USS Constitution, the USS Missouri is perhaps the most famous battleship in United States history. The Missouri was one of four Iowa Class battleships produced during the 1940s, the USS Iowa, USS New Jersey, and USS Wisconsin being the other three. Nicknamed he "Mighty Mo," this ship and her crew was involved in every major conflict from World War II to the first Gulf War.

The USS Missouri was built at the Brooklyn New York Navy shipyard and launched on January 29, 1944. Miss Margaret Truman; daughter of then Vice President Harry S. Truman, performed the honor of launching the ship. The Missouri is 887 feet long and had a top speed of 30 knots. The ship's three 16-inch gun batteries were capable of firing artillery shells up to 23 miles and were mainly used for shore bombardment. Following a refit in the 1980s the Missouri was also able to fire Tomahawk cruise missiles.

During World War II, the Missouri saw action in the Pacific Theater at the battles of Iwo Jima and Okinawa, among others. The formal Japanese surrender that officially ended World War II was signed on her decks by General Douglas MacArthur and Japanese Foreign Minister Mamoru Shigemitsu on 2 September 1945. The Missouri next saw combat during the Korean conflict of the 1950s. The first American battleship to reach Korean waters, she bombarded Samchok on 15 September 1950 in an attempt to divert troops and attention from the Incheon landings. This was the first time since World War II that Missouri had fired her guns in anger, and in company with the cruiser Helena and two destroyers, she helped prepare the way for the U.S. Eighth Army offensive on the Korean peninsula.

After the Korean war the Missouri was placed in the reserve fleet. The ship was reactivated as part of President Ronald Reagan's effort to expand the Navy. The USS Missouri was involved in supporting coalition forces led by the United States against Saddam Hussein's Iraqi forces. As part of Operation Desert Storm, crews aboard the Missouri launched Tomahawk missiles at Iraqi targets from January 17-21, 199. The Missouri moved northward in the Persian Gulf following these missile launches, using advanced mine-avoidance sonar. Crews aboard the USS Missouri shelled an Iraqi command and control bunker near the Saudi border. This action marked the first time the ship's 16-inch guns had been fired in combat since the Korean War. The battleship bombarded Iraqi beach defenses in occupied Kuwait on the night of 3 February, firing 112 16 inch rounds over the next three days until relieved by her sister ship the USS Wisconsin.

The Japanese surrender on board the U.S.S. Missouri in Tokyo Bay on September 2, 1945. National Museum of American History. Accessed March 20, 2017. http://americanhistory.si.edu/collections/search/object/nmah_1303405.