Peter Wentz and his wife Rosanna established this farmstead by 1744. In 1758, Peter and Rosana built the stone Georgian farmhouse that stands on the property today, which includes unique German-inspired decoration, such as a spotted paint motif on the interior walls. The Wentz family ran a farm and a mill here, with the work of indentured and enslaved laborers. In the fall of 1777, George Washington was a guest at the house and stayed there on two separate occasions. Montgomery County acquired the property in 1969, and today the house and outbuildings have been restored to their eighteenth-century appearance. Visitors can explore the farmstead, which includes interpretive signage, as well as exhibits and livestock, including sheep, cows, and chickens.

The Farmstead in winter 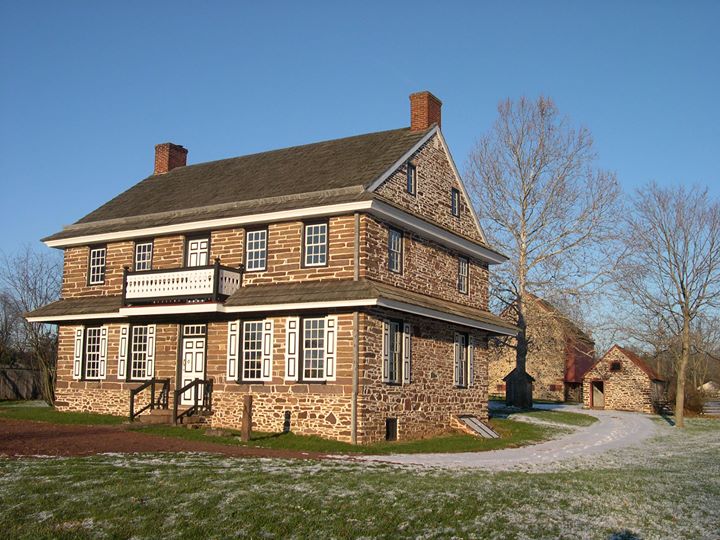 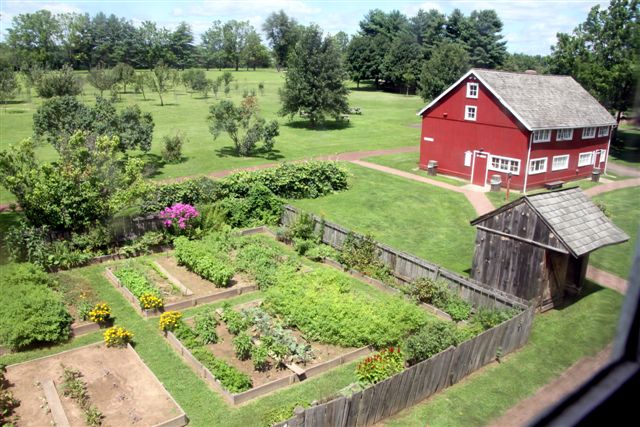 Cooking in the Summer Kitchen 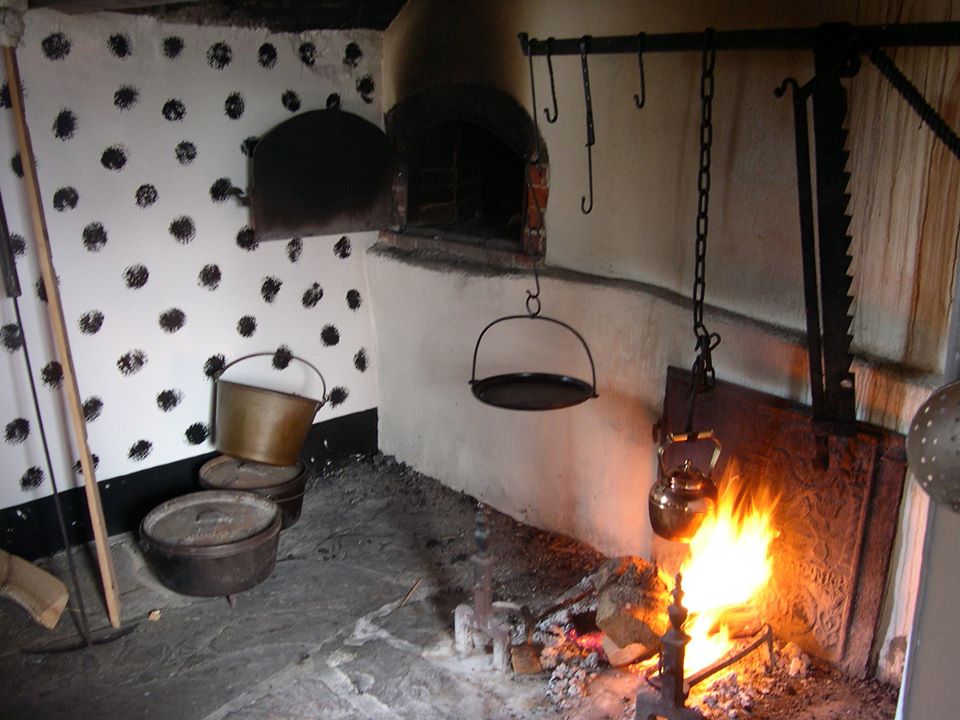 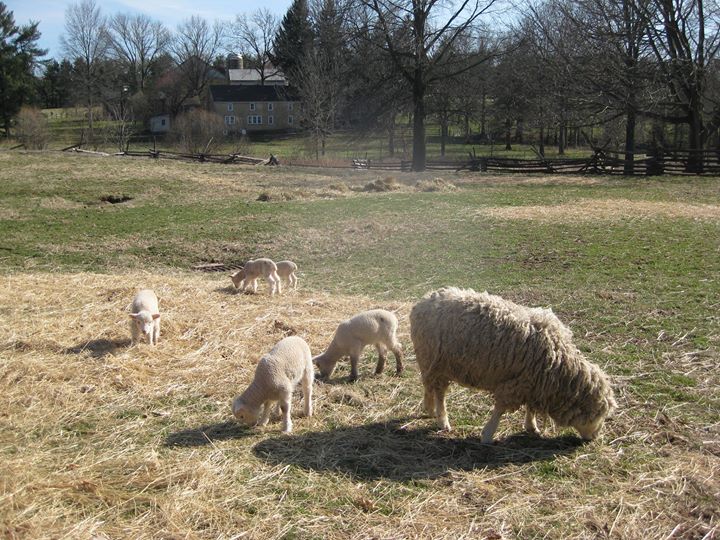 Two of our cows---training to be oxen 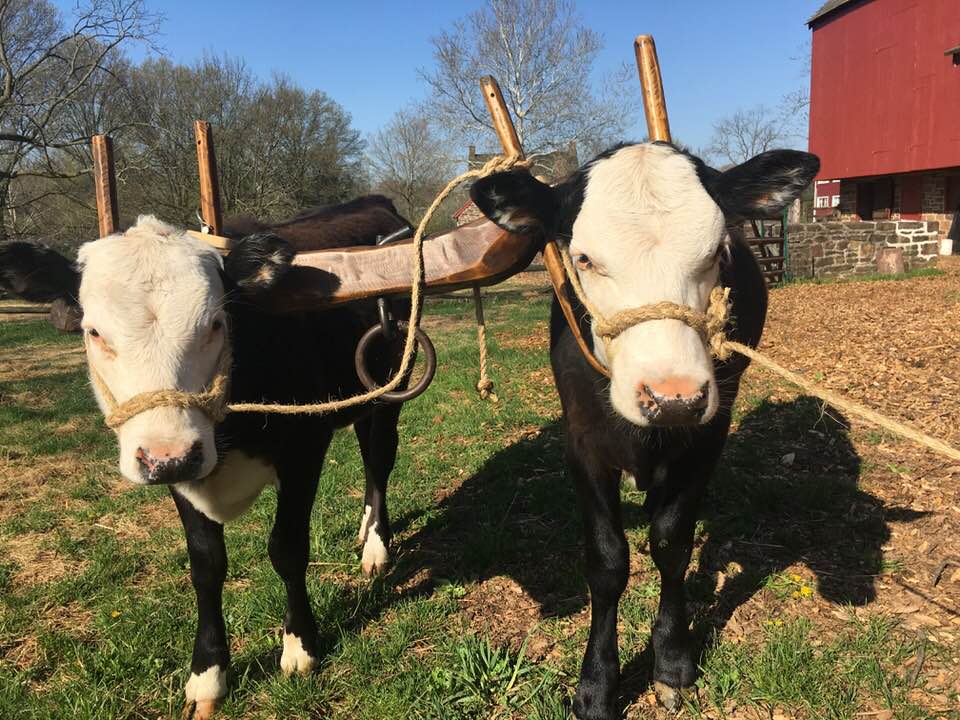 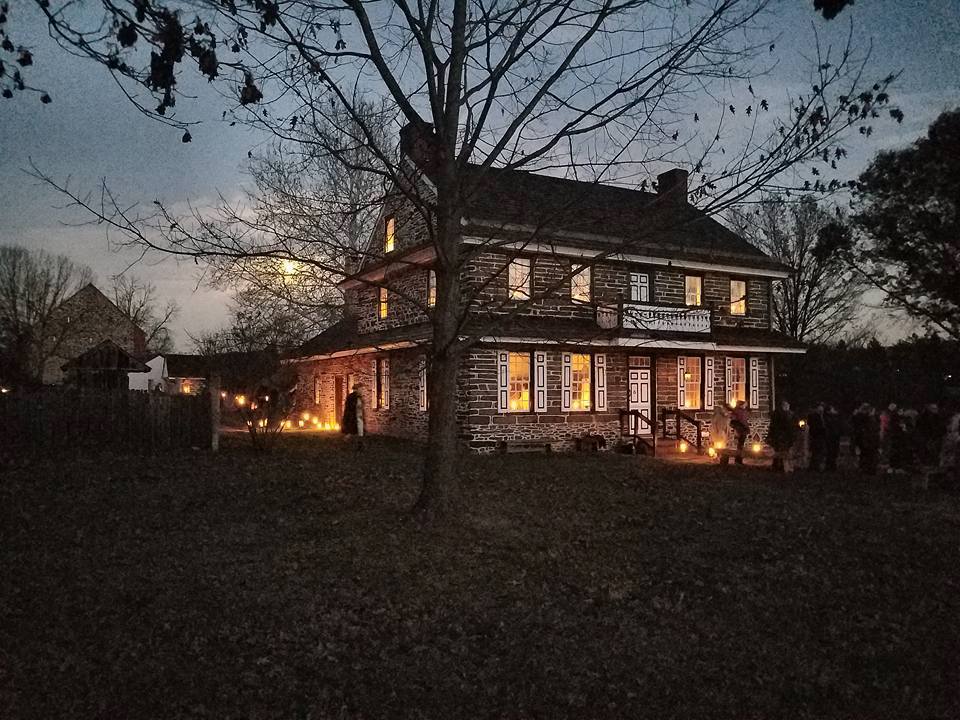 Peter Wentz Sr. immigrated to the American colonies around 1710 from the Palatinate region of Germany and ended up settling in Pennsylvania. By 1733, he acquired 384 acres in what is today Worcester Township. His son, Peter Wentz Jr., inherited much of this land and built a farmstead, including this farmhouse, which is today surrounded by 90 plus remaining acres of the original property. Several of the currently existing outbuildings were built upon the foundations of the remaining eighteenth-century structures, and the actual stone house is original.

The house is a prime example of Georgian architecture. Features such as the pent roof, interior paint, and winder staircases show the influence of the Wentzes' German ancestry on a home that was otherwise built in an English style. Much of the interior is original, and the bedchamber where George Washington stayed was carefully preserved by the two families who owned the property after the Wentzes, the Dewault-Beiber, and Schultz families, who were aware of the room's significance.

Montgomery County acquired the property in 1969 from the Schultz family in preparation for the nation's bicentennial. Archaeologists found the footprints of old fireplaces, staircases, and cabinets, and took samples of the interior paint and floorboards to accurately restore these aspects to their original characteristics. This information was used to model the site after the circa 1777 version, when Washington stayed at the house just before the Battle of Germantown, and again a few weeks after losing the battle. George Washington's stay here led to the initial interest in and preservation of the farmstead, but this site is also notable for its documented links to northern slavery and indentured servitude.

Peter Wentz had at least two enslaved people as well as indentured servants at work with him to run his farm and mill. Jack, who was enslaved at the farmstead, escaped twice, and Peter Wentz took out advertisements to bring him back. As a result, we know Jack's name and have a physical description of what he looked like and his clothing. Unfortunately, information about the farmstead's other inhabitants is more scarce.

Today, the house is open for tours, and the farmstead periodically hosts special events related to the history of the site, eighteenth-century life, the Wentzes' German heritage, and the animals on the farm.