The Ice plant is located just outside of St. Augustine’s Historical district on Riberia street only a few blocks from the famous Flagler College. The ice plant is Florida’s first ice plant to be built and supply the city with power and also neighboring towns and local residents with ice. 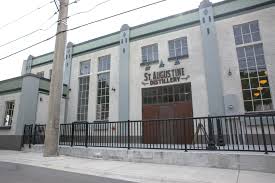 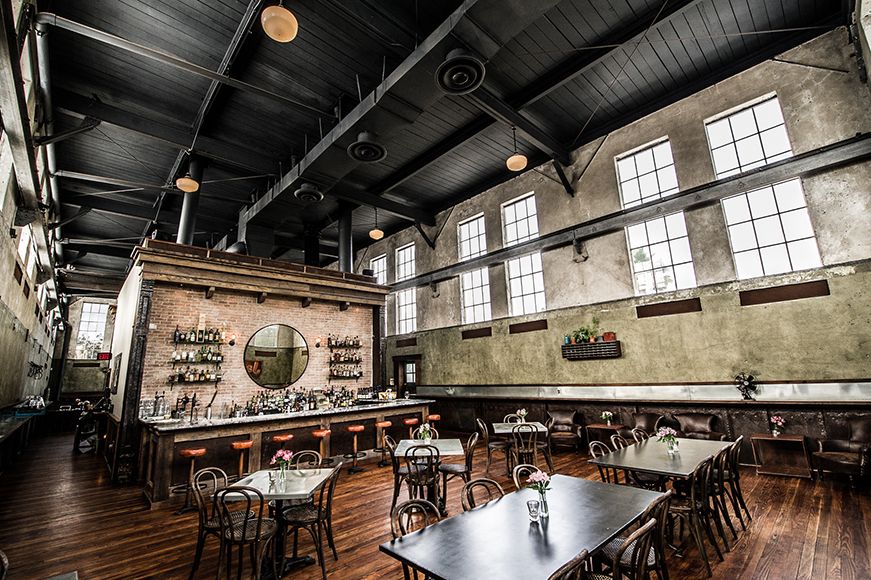 The Ice Plant was originally built in 1905 as a Power plant and was eventually expanded into an Ice plant in 1907, thus making the plant the “first Florida facility to generate commercial block ice” (Mcgregor). The plant would become so successful that under new management of The Florida Power and Light company that in 1926 it expanded the facility capacity to ramp up its ice production from 65 tons to 125 tons. The facility was able to produce so much thanks to its boilers that produced power, “steam from the boilers that created the power was condensed and then recycled into the boilers or used to make ice”(Edwards). The water would sit in massive cans that would hold 325 pounds as it would undergo the process of becoming ice.

This ice had become so in demand by local fisherman, shrimpers, farmers, and by the local populace for home use. During the early 1900s fresh produce and meat was expanding and becoming the norm. This was due in part to the introduction of mass-produced ice and ice boxes. In St. Augustine the surrounding area was known for its farming. In neighboring Hastings out by Putnam County they planted potatoes, greens, and some sugar cane. In St. Augustine they had their fishing industry which was mainly known for its shrimping. During the 1920’s the fishing industry was booming most of the local fisherman had begun transitioning to shrimping and new boats were being made for the shrimping industry. The fishermen were selling to upstate New York but to bring this product up north it had to travel by train.

The ice companies assisted in this process by providing ice that they would sell to the fisherman and local farmers so that they could keep their product fresh and transport it on the long journey north. The demand for the ice was also came from local residents who were able to purchase ice boxes which was the early example of refrigeration units. The Ice would be broken down into smaller portions to be sold individually to local residents out front of the building. The ice industry continued to do so well through out this time period that at its peak ice plants around the us accounted for over “100,000 employees and 40 million tons of ice”(Mcgregor). However, in the 1950’s there was a decline for the need of such ice plants as freezers and refrigerators became the new norm making ice boxes obsolete and less in demand. This caused the ice plant to tank and eventually go under. The building was eventually sold to a former employee for just $1.

This lot sat abandoned for decades until it was eventually picked up by a new company called Megasystems. This company bought out the space and turned it into a movie projector manufacturing facility. The company saw it a daunting task to rebuild the building that had sat unused for so many years and decided to build in its exterior using dry wall and installing carpeting covering up the original interior. The company eventually abandoned the structure and it sat unused until 2011.

In 2011 four local residents of St. Augustine purchased the building and set out to restore the building to its former state and open a distillery and a restaurant, however they discovered the interior had fallen apart and in a terrible state. The new owners decided to take on this project by preserving what was left of the building and re-purpose it into their new design to still give it that historical feeling. “Some of these 22-foot ceilings were completely covered up. We had no idea what was behind these walls” (Distillery, St. Augustine). None the less the new owners did this by first knocking down the walls set up by the previous owners and behind them they found original steel beams that held the cranes that would transport the ice blocks to trucks or train. They also found original steel trays which they converted into the first floors ceiling. The team went even so far as to bring in old antique equipment into their museum featuring “2.5-ton cast-iron sugar mill from 1883, a copper still from the 1890s, an ammonia compressor from the 1940s” (Mcgregor). This restoration project for the ice plant bar was eventually completed in 2013 and opened in September that same year while the distillery end was eventually completed in 2014 and opened in March of 2014. The restoration efforts didn’t stop there though, the company set out to help local farmers and companies by using product from local farmers such as the “Rogers family in Indian River County, who've grown grapefruit since 1928” (Mcgregor). The company now operates a successful business creating all kinds of alcoholic spirits ranging from rum and vodka to barrel aged whiskey all from locally sourced products. Through their restoration efforts and care in providing an experience in which you feel as though you have traveled back in time it makes this place truly unique to see and experience.