The Battle of Port Walthall Junction was part of the Bermuda Hundred Campaign and lasted from May 6-7, 1864. This battle involved Brigadier General Johnson Hagood and Brigadier General Bushrod Johnson of the Confederacy, along with Major General Benjamin Butler and Brigadier General Charles A. Heckman of the Union forces. This was a strategic junction because it was the convergence of the Richmond and Petersburg Railroad, a vital supply chain for the Confederacy. General Butler’s objective was to disrupt Lee’s supply line by destroying the railroad. Even though the main objective was eventually obtained, General Butler’s hesitation during this battle was typical of his military incompetence. In the end, Butler’s failure in this campaign resulted in 6,600 casualties and represented one of the greatest missed opportunities to disband the Confederate government from Richmond, Virginia. 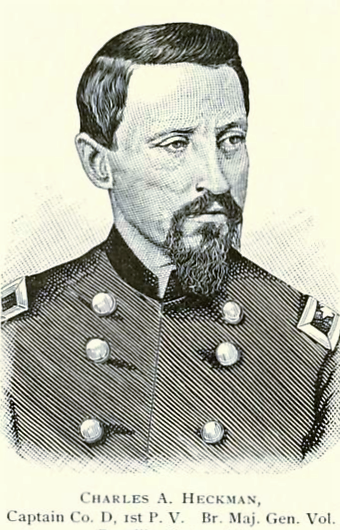 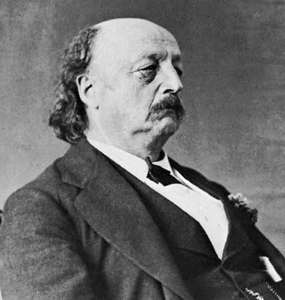 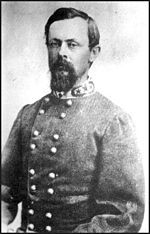 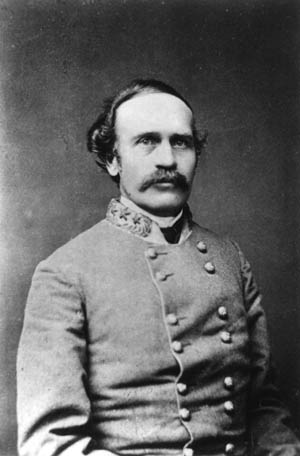 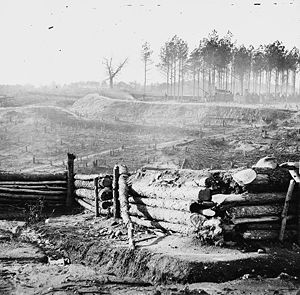 Map of operations at Bermuda Hundred and Drewry's Bluff, Virginia - May 1864 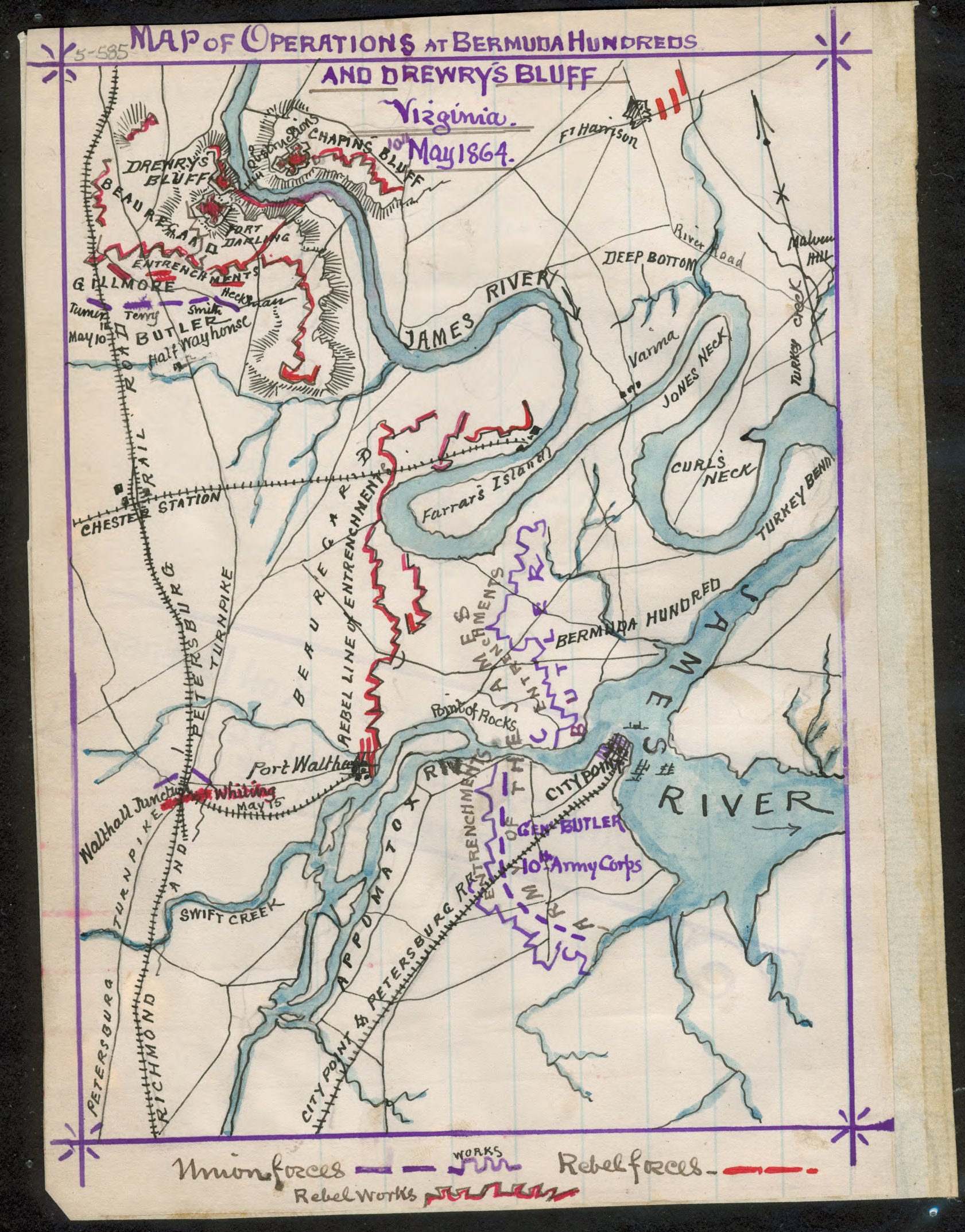 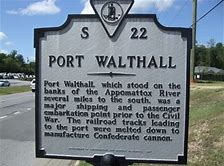 Part of the Bermuda Hundred Campaign of the Civil War, the Battle of Port Walthall Junction was fought on May 6-7, 1864 between Major General Benjamin Butler and Brigadier General Charles A. Heckman of the Union forces and Brigadier General Johnson Hagood and Brigadier General Bushrod Johnson of the Confederacy. Taking its name from the fishing village of Bermuda Hundred at the convergence of the Appomattox and the James Rivers, the Bermuda Hundred Campaign was a critical campaign in the Civil War. Port Walthall Junction became a strategic point during the Bermuda Hundred Campaign because it whoever controlled the railroad, controlled the supplies in and out of the region. This campaign was a secret and the regimental commanders knew about it only two or three days in advance. The troops, while trained in drills for bayonet exercises and rapid maneuvers, only knew that they were going to be fighting somewhere round Richmond, Virginia.

This vital junction was presently controlled by the Confederacy and Butler’s objective was to destroy the Richmond and Petersburg Railroad that converged at this Port Walthall Junction. This objective was meant to disrupt Lee’s supply line; thereby forcing Lee to pull forces from the Army of Northern Virginia to protect this precious spur. The reasoning was to weaken Lee’s forces against Grant.

On May 5, 1864, Butler and his Army of the James, 33,000 strong, landed at Bermuda Hundred in the early morning hours and by early afternoon construction for crossing the peninsula was under way. This point would eventually become Butler’s base of operations. Meanwhile, Union Brigadier General Charles Heckman and his “Star” Brigade, comprised of the 23rd, 25th, 27th Massachusetts and the 9th New Jersey, were ordered to advance toward Port Walthall Junction. Advancing toward Port Walthall Junction, Butler’s forces were stopped by Confederate Brigadier General Johnson Hagood and his forces on May 6th. However, with General Heckman receiving reinforcements of nearly 8,000 troops compared to the Confederacy receiving only about 2,600 with the arrival of Brigadier General Bushrod Johnson, Union victory was basically ensured at this strategic point. After seizing control of the junction, the Union forces destroyed the railroad, some telegraph lines, a sawmill and some lumber. Upon accomplishing their tasks, the Union forces retreated back to their main defenses and the Confederates, unable to hold their position, evacuated the area.

The main objective for the drive on Richmond by Butler’s Army of the James was to defeat Lee’s army. It was part of General Grant’s master plan to end the Civil War. However, Butler failure in this campaign resulted in 6,600 casualties and symbolized one of the greatest lost opportunities to disband the Confederate government from Richmond, Virginia. It did, however, manage to defeat the Confederates at Port Walthall Junction and destroy the supply line there.

Butler’s decision to wait to establish his army before moving inshore has been criticized, but it was a decision he felt was sensible to wait until the majority of his army arrived before moving inland, which only took about a week to accomplish. But Butler’s failure here has become representative of his military incompetence.

Port Walthall is a small community on the north bank of the Appomattox River, a few miles upriver from the James River and was part of 1600 acres patented by Merchant, William Walthall on July 26, 1656. It was a spur of the Richmond and Petersburg Railroad from 1846 to the Reconstruction era that was built to get coal from Clover Hill Pits to Port Walthall so it could then be shipped north by ships. Thomas M. Logan became president of the Port Walthall Spur of the Richmond and Petersburg Railroad after the Civil War. However, the Port Walthall railroad branch was never restored and Port Walthall became was abandoned and neglected. The Walthall name was honored as the Walthall exit off Interstate 95, but in the early 1990’s, when Virginia implemented distance-based numbers for exits, the Walthall name was discarded and the exit was changed to Exit 58.