Listen to a narration of this entry's description by Elise Gardner.

Located high on the bluffs on Zion's Hill, overlooking downtown Stillwater, the Washington County Historic Courthouse is the oldest standing courthouse in Minnesota. Completed in 1870, the building is preserved today as a snapshot of the era, containing a stately courtroom, offices, 1900's county jail, and sheriff's residence. Now a Washington County Park, the building offers rotating historical exhibits, guided and self-guided tours, as well as meeting and private event spaces.

Construction of the Washington County Historic Courthouse began in 1867 and was completed in 1870. 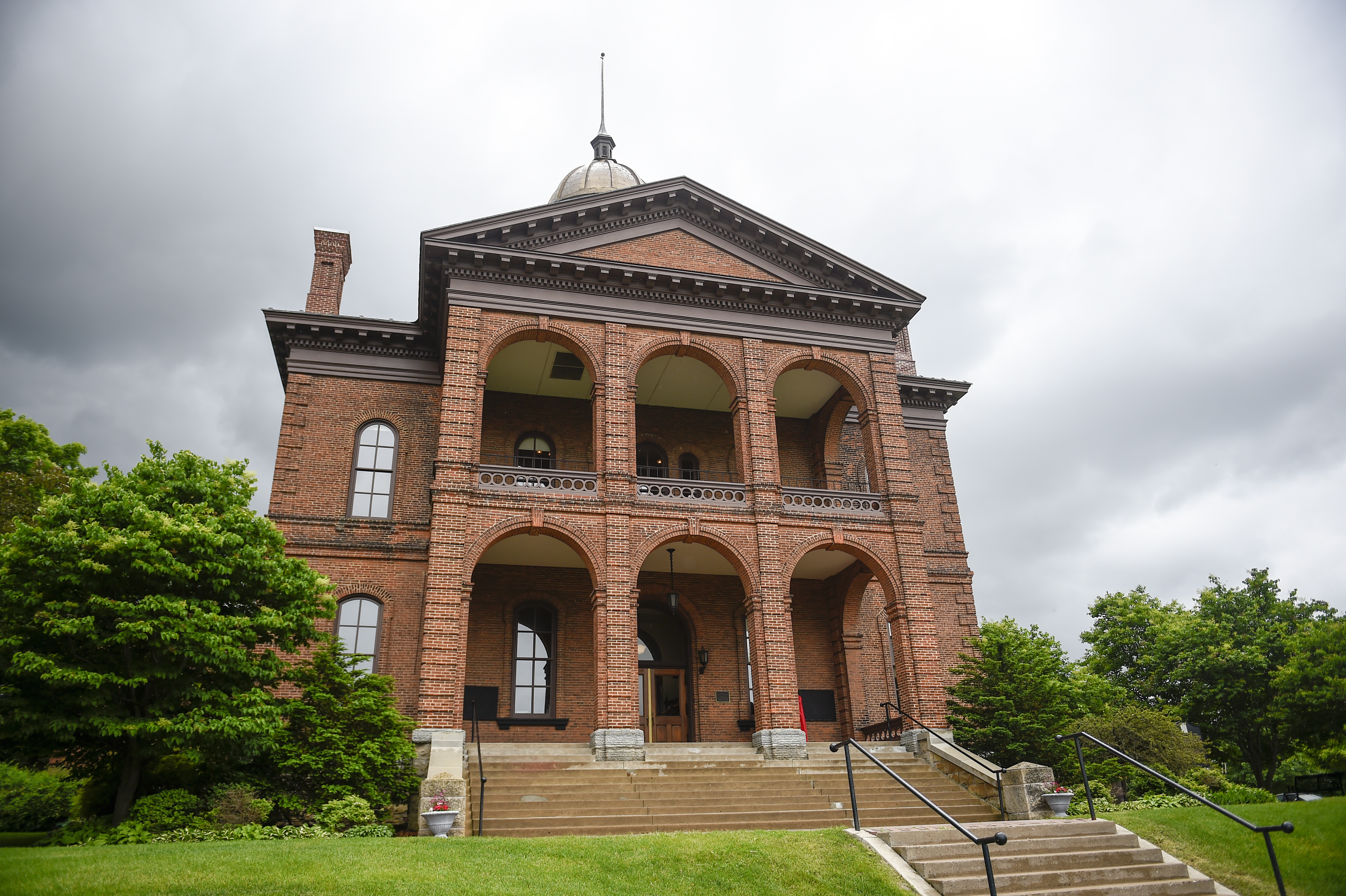 Historical markers on the grounds of the old courthouse tell visitors of the history of the building and surrounding area. 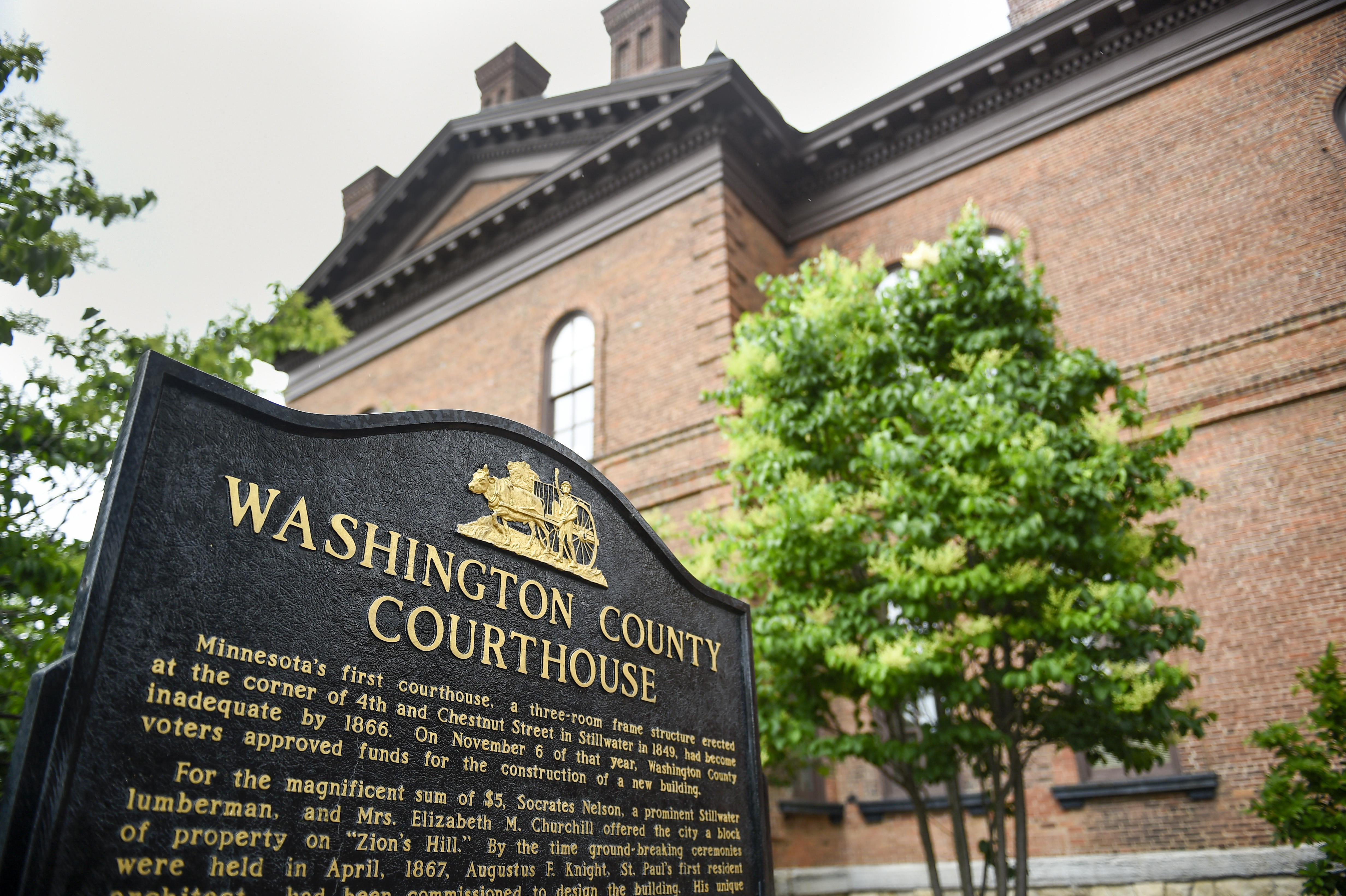 This 24-pounder flank howitzer sits on the grounds of the Washington County Historic Courthouse. The barrel is an authentic Civil War piece, manufactured in 1864. The carriage is a replica. This cannon is the third to sit on the courthouse grounds, with the first two removed from the site to support the World War I and World War II efforts in 1916 and 1932, respectively. 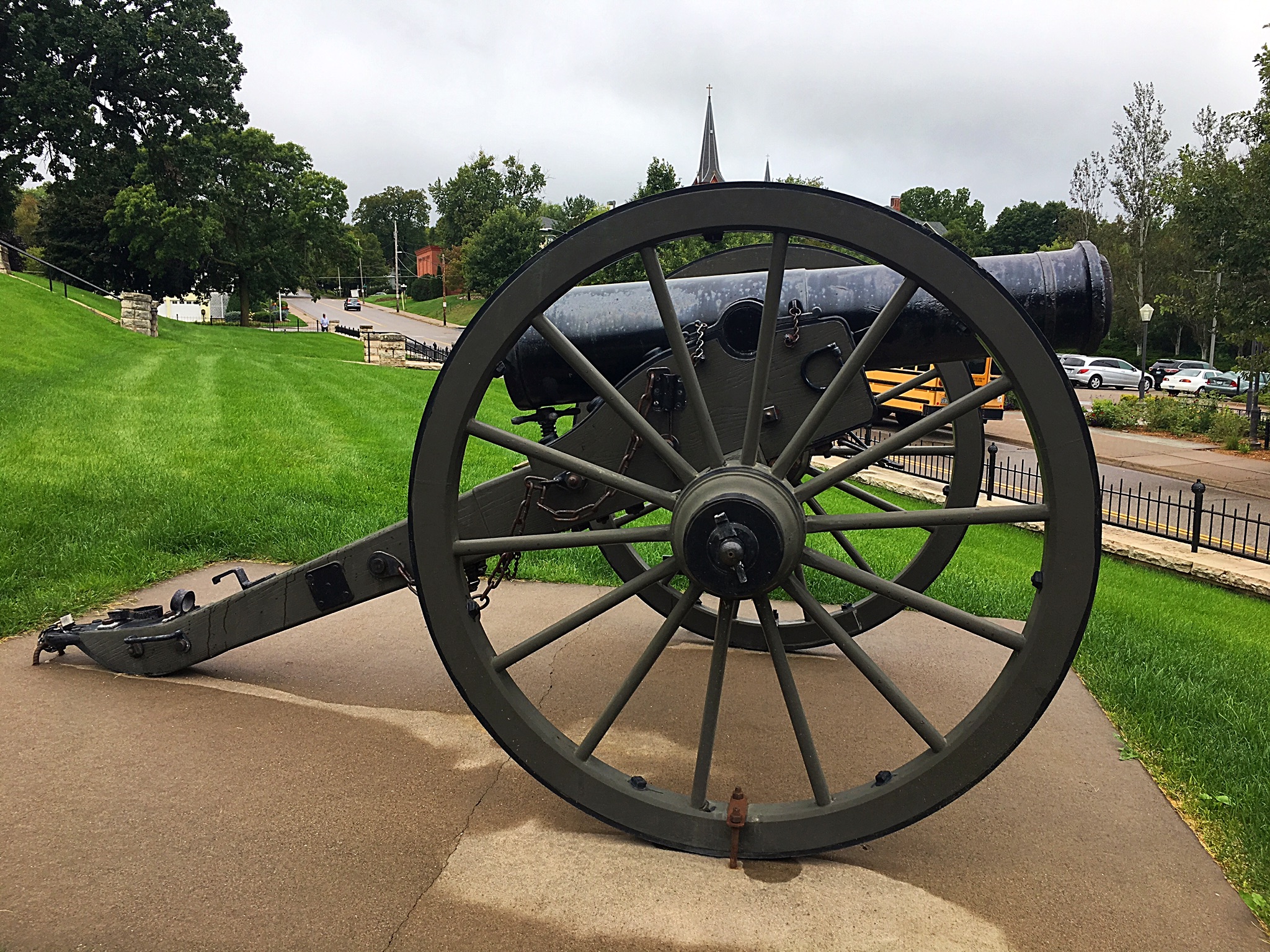 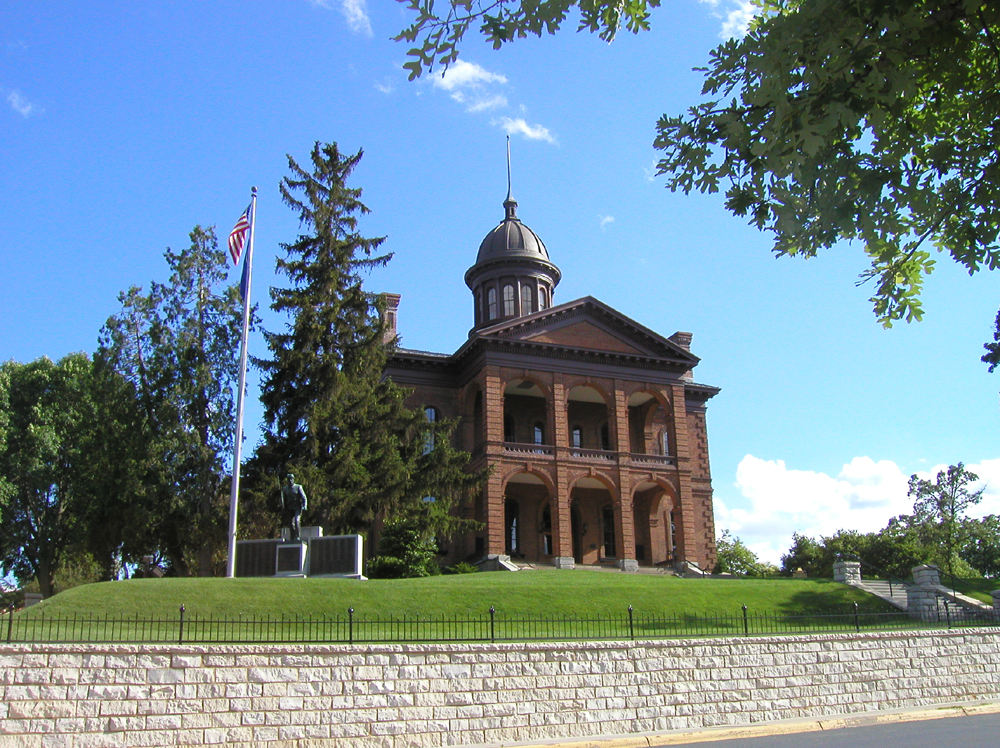 The 1900 county jail addition is available for tours at the Washington County Historic Courthouse. It was used from 1900-1975 until the new government center was built and inmates were transferred to the new facility. 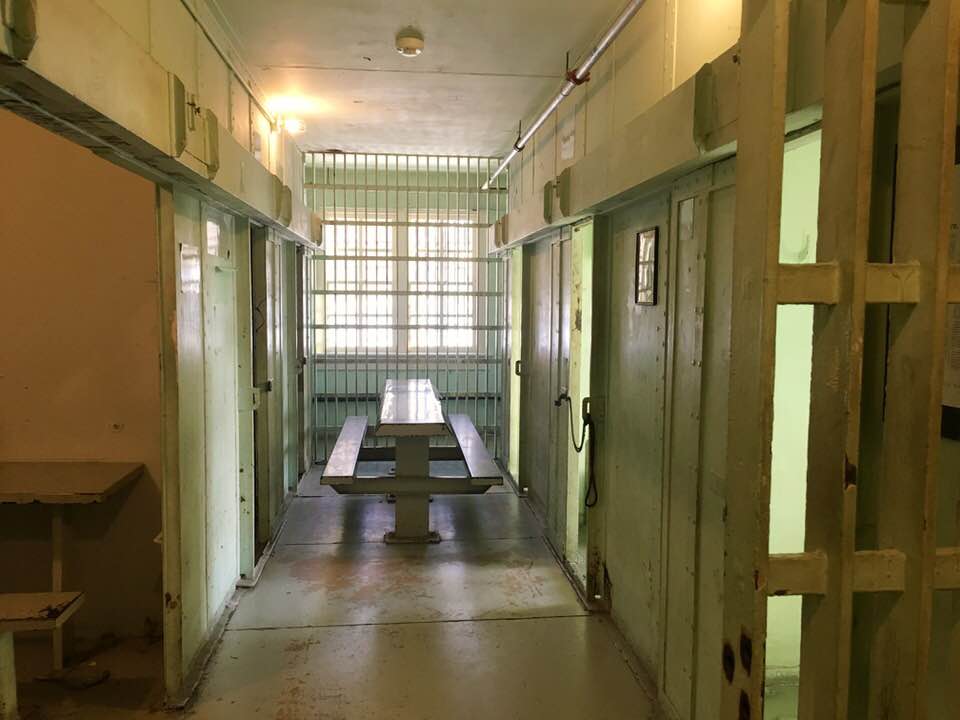 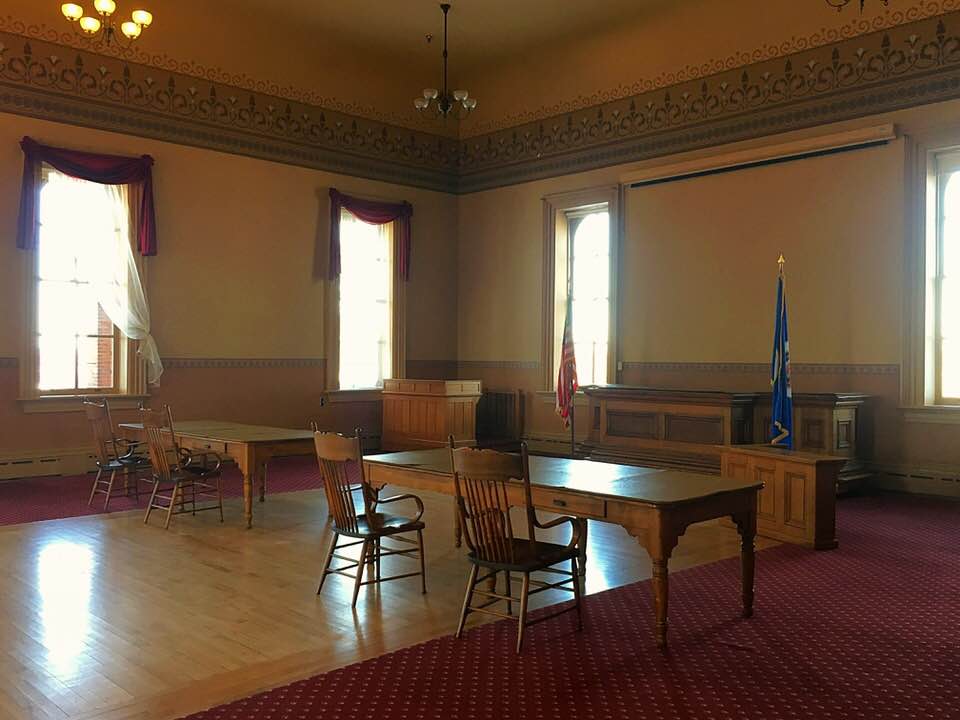 The Soldiers & Sailors Civil War Monument was installed on the grounds of the Historic Courthouse in 1911. 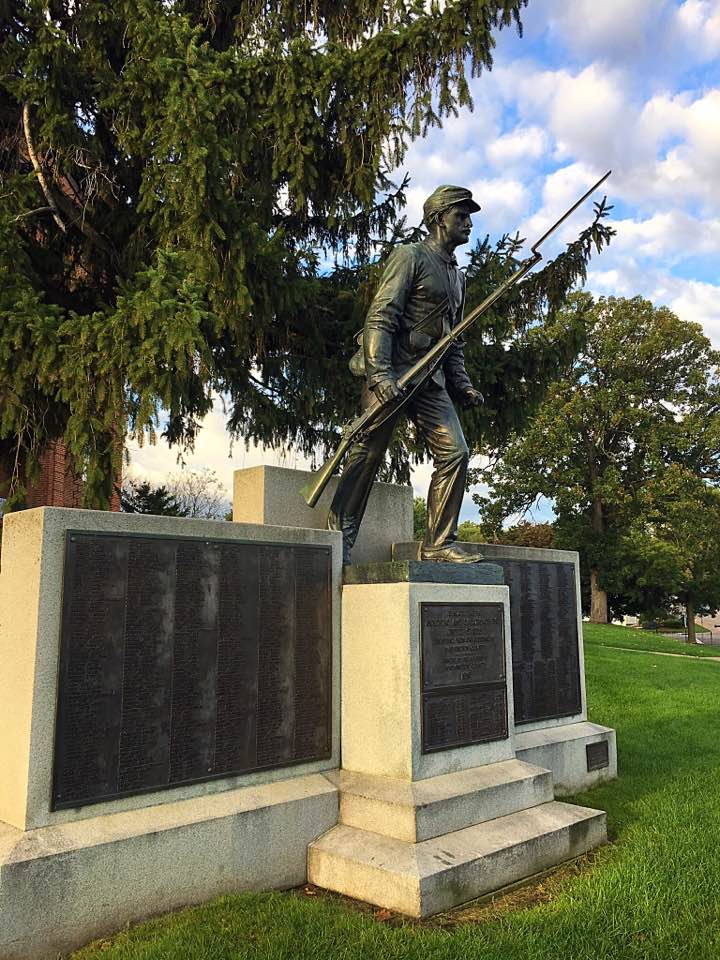 Listen to a narration of this entry's description by Elise Gardner.

In the aftermath of the Civil War, Washington County turned its attention to rebuilding and westward expansion. Lumber prospects in the St. Croix Valley promised wealth and success. In 1867, ground was broken for a new courthouse high on the bluff overlooking the bustling commerce of downtown Stillwater and the St. Croix River.

Designed by Augustus Knight of St. Paul, the courthouse favored the Italianate style of architecture, with strong Greek Revival influences. The limestone foundation and brick facade were capped with an imposing dome, cupola and flagpole, which soared as a landmark above the river city. The building was designed as a three-part complex, including; a courthouse, a small two-story jail and a Sheriff's residence.

The building was completed in 1870 and served as the county seat for more than a century. In 1900, the original jail was replaced with a two-story jail addition on the rear of the building. The main floor of the old jail became the Sheriff's office and the second floor jail cells were retained for female prisoners and the occasional juvenile awaiting the arrival of a parent or guardian after a short discussion with the sheriff.

By 1962, the county had outgrown the building and the Sheriff's residence was converted into the Sheriff's Office, forcing the Sheriff and his family to move to a private home. The large courtroom had been divided into a smaller courtroom and offices. There were even offices created in the damp, dark basement of the building. During this time, the county considered razing the courthouse to build a new one on this site. Concerned citizens responded with the "Save the Courthouse" movement, convincing the County and local historical societies to support its preservation. Ultimately, the new Government Center was built a mile south of the courthouse. In 1971, the Historic Courthouse was placed on the National Register of Historic Places as the oldest standing courthouse in Minnesota. The county moved out of the structure to the new Government Center in 1975 and plans were underway for an adaptive re-use of the old building.

The building has since been restored and made ADA compliant, creating a space that can be used for temporary exhibits, programming, and events. Today, the building is open to the public seven days a week as a Washington County Park and serves as a historic site, archives, and community gathering place. Guided tours, exhibits, school & scout programs, as well as private event & meeting spaces are just a few of its offerings.