Built in the Colonial Revival architectural style, the Dobbs Ferry Post Office stands as a physical representation of Franklin D. Roosevelt’s “New Deal.” This architectural style was viewed as traditionally American, and became the popular choice for design of public work projects after the Great Depression. Approved by Congress in 1931, the Post Office was built from 1934 to 1935. The Dobbs Ferry Post Office was added to the National Register in 1988. 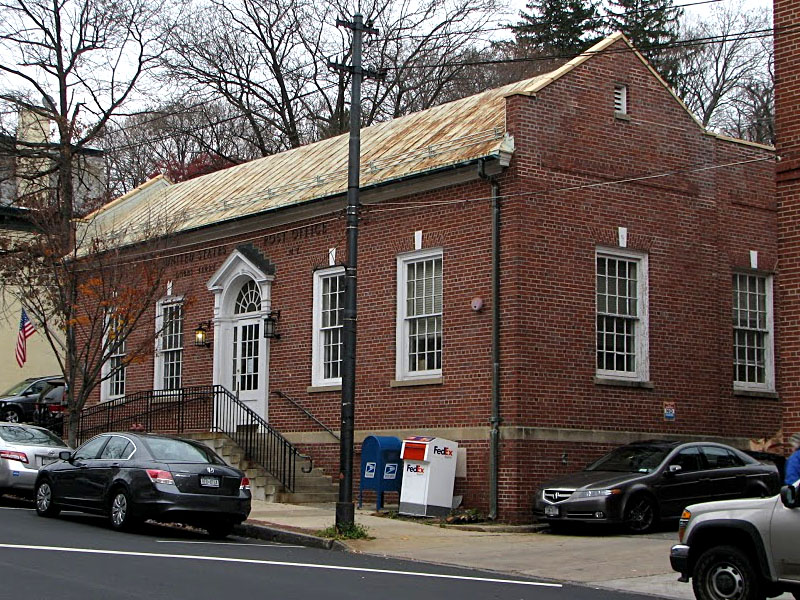 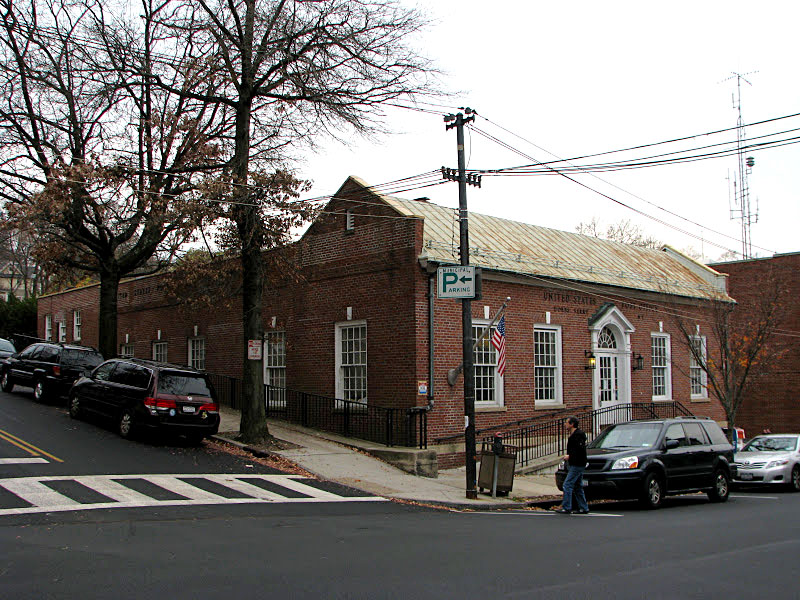 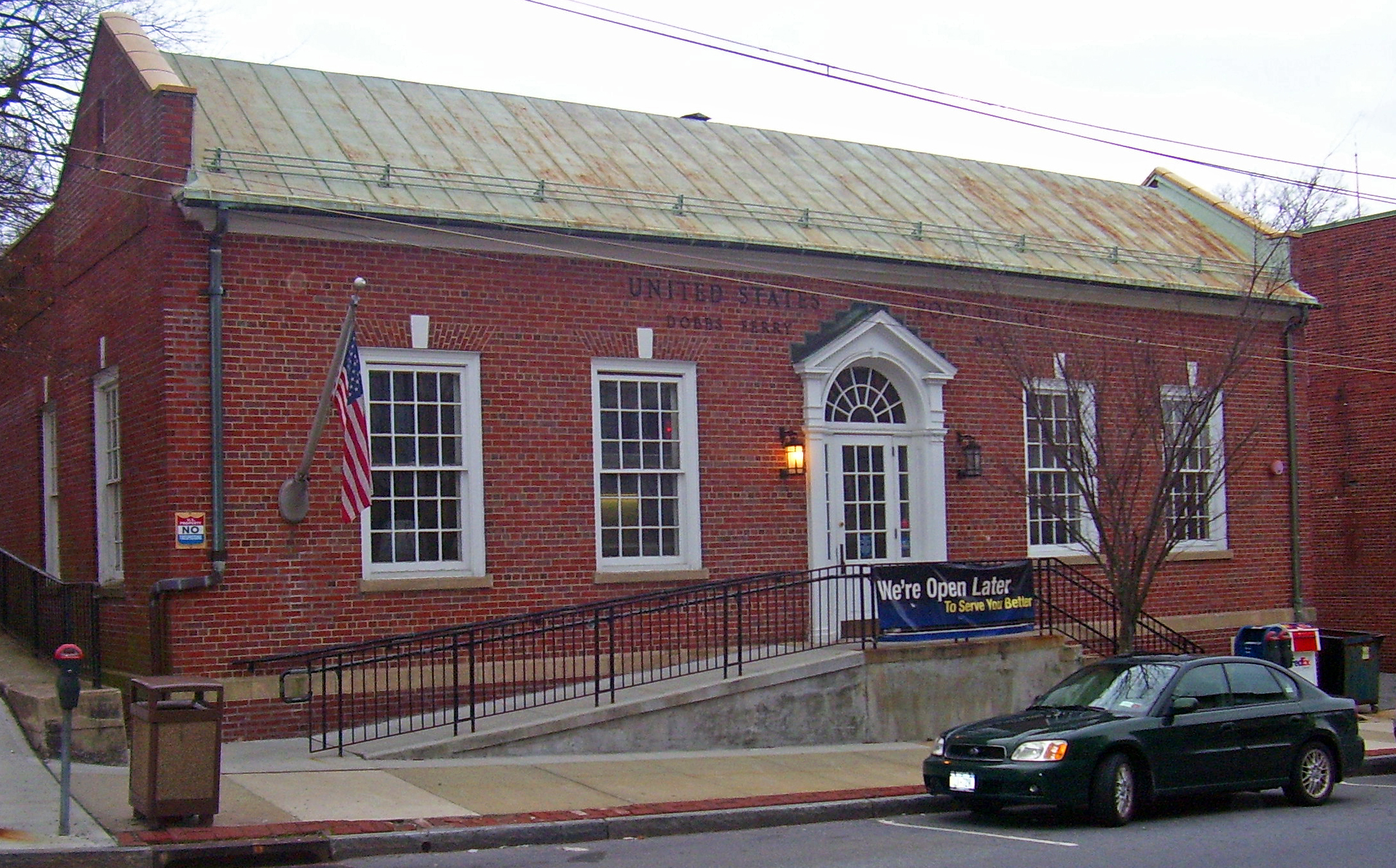 In the aftermath of the Great Depression, the United States Government funded many projects as a part of President Franklin D. Roosevelt’s “New Deal.” One of these projects was the Dobbs Ferry Post Office. It became one of 136 new post offices authorized for New York State under an amendment to the Public Buildings Act of 1931.

The property was acquired for $11,700 in 1934 and built with a Congressionally approved budget of $95,000. Louis A. Simon, the Supervising Architect of the Treasury from 1933 to 1939, directed the design. The Summit Brothers firm were hired for the construction, which was completed by 1936.

The post office’s design is inspired from a Colonial Revival architectural style, a spartan design commonly used for publicly funded buildings in between the World Wars. The Dobbs Ferry Post Office design departed from the norms of the style by adding ornamental detail, in the parapeted gables, copper roof and window keystones.

The building has remained mostly unchanged since completion, with the most recent addition being a wheelchair-accessible ramp in 1990.

Because of the significant amount of detail in the design of this post office,The Dobbs Ferry Post Office was added to the National Register in 1988.