The Island County Historical Museum's mission is to interpret and preserve the history and cultural heritage of Island County. It is operated by the Island County Historical Society, which was founded in 1949; the museum opened in 1963. The museum features permanent and changing exhibits, an artifact collection of items dating from the last Ice Age to more recent times, an archives and research library, and the Langley Archive and Research Center, which is dedicated to genealogical research and located in the town of Langley. Interesting items in the museum's collection include an Ice Age trunk, Columbian mammoth remains, baskets, stone and wood implements, cedar dugout canoes, and various artifacts related dating from the 1850s to today including furniture, clothing, and tools. The museum also offers a variety of events throughout the year 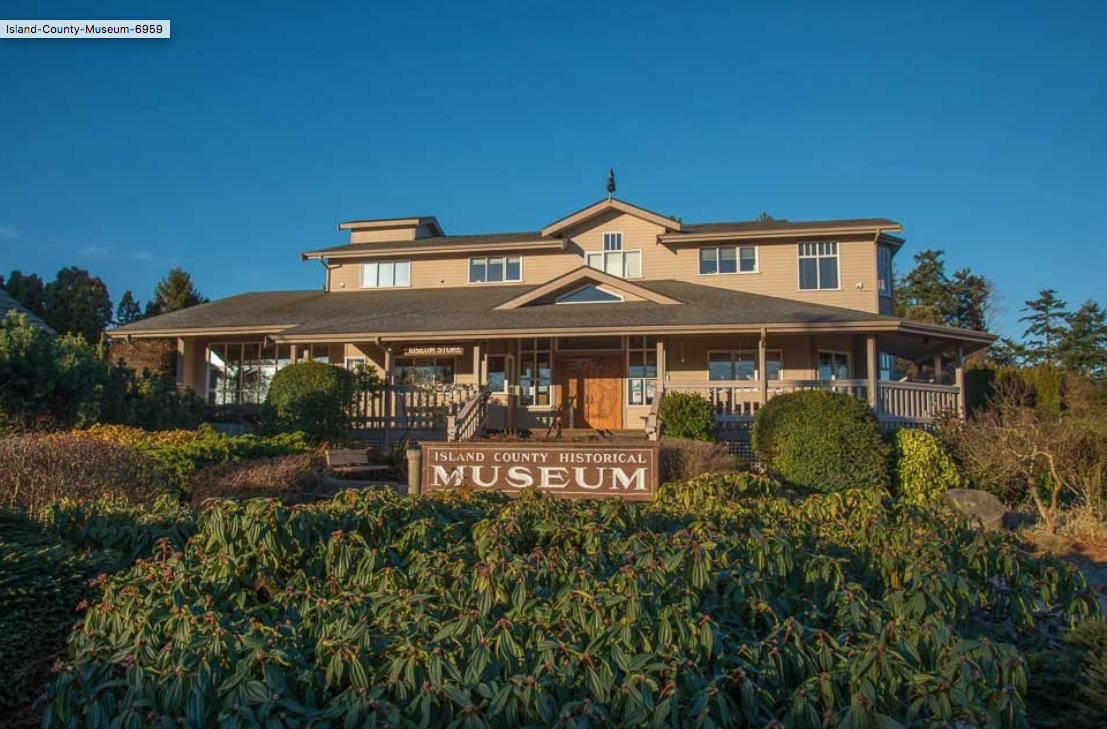 The Island County Historical Society was formed in 1949 to try to prevent a historic building, the 1891 Lovejoy Victorian courthouse, from being torn down and to open a museum in it. The Society's efforts failed as the building was declared unsafe. After looking at the possibility of opening a museum in the Admiralty Head Lighthouse (the state acquired and restored it) in 1958, the Society finally opened its first museum in 1963 in a building once owned by the General Telephone Company. The museum later moved to another building in 1971 and remained there until 1991 when it constructed its current building, which resembles a historic inn that once occupied the spot and burned down in 1989.