The small home on 97th Street was the last residence of civil rights activist Malcolm X. Malcolm X lived in the home with his wife and daughters at the time of his death in 1965. One week before his assassination in Harlem, the home was firebombed, presumably by members of the Nation of Islam. In 2005, the section of 97th Street on which the house stands was renamed “Malcolm X Place,” in honor of the slain leader. The family moved into the home, which was owned by the Nation of Islam, in 1960. At present, the home is privately owned. 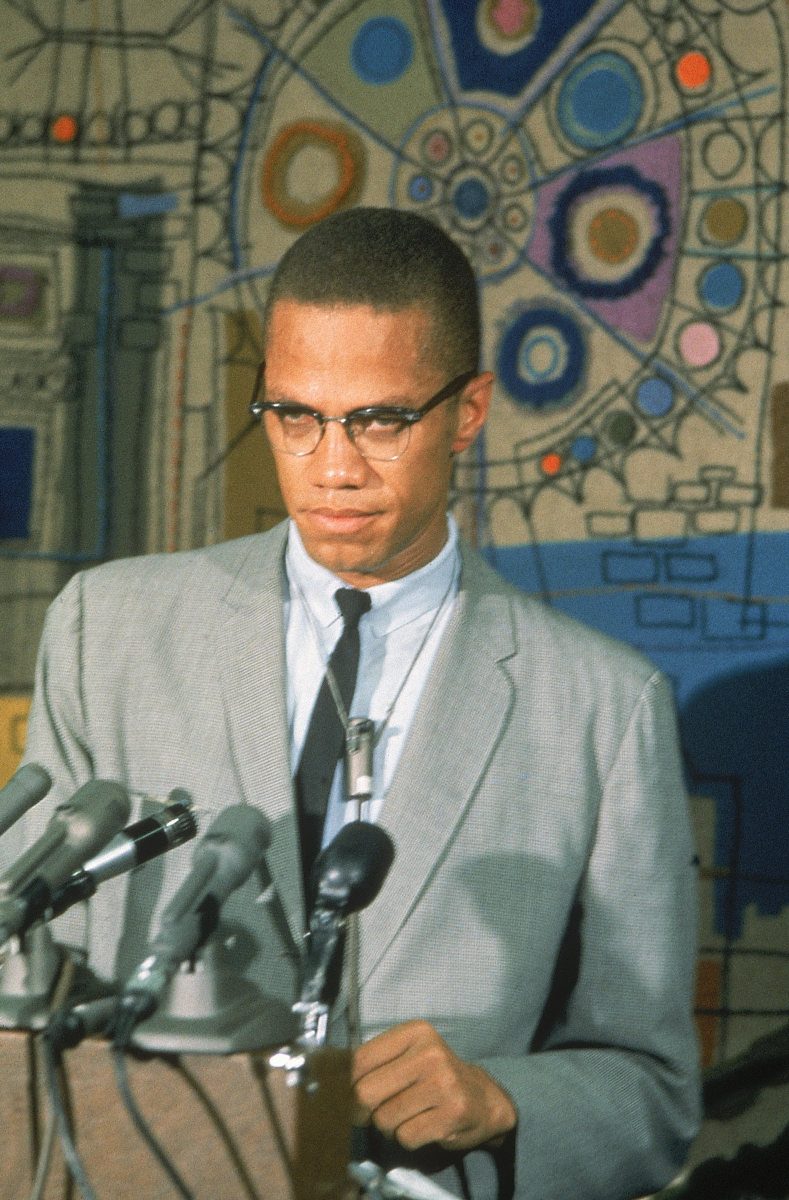 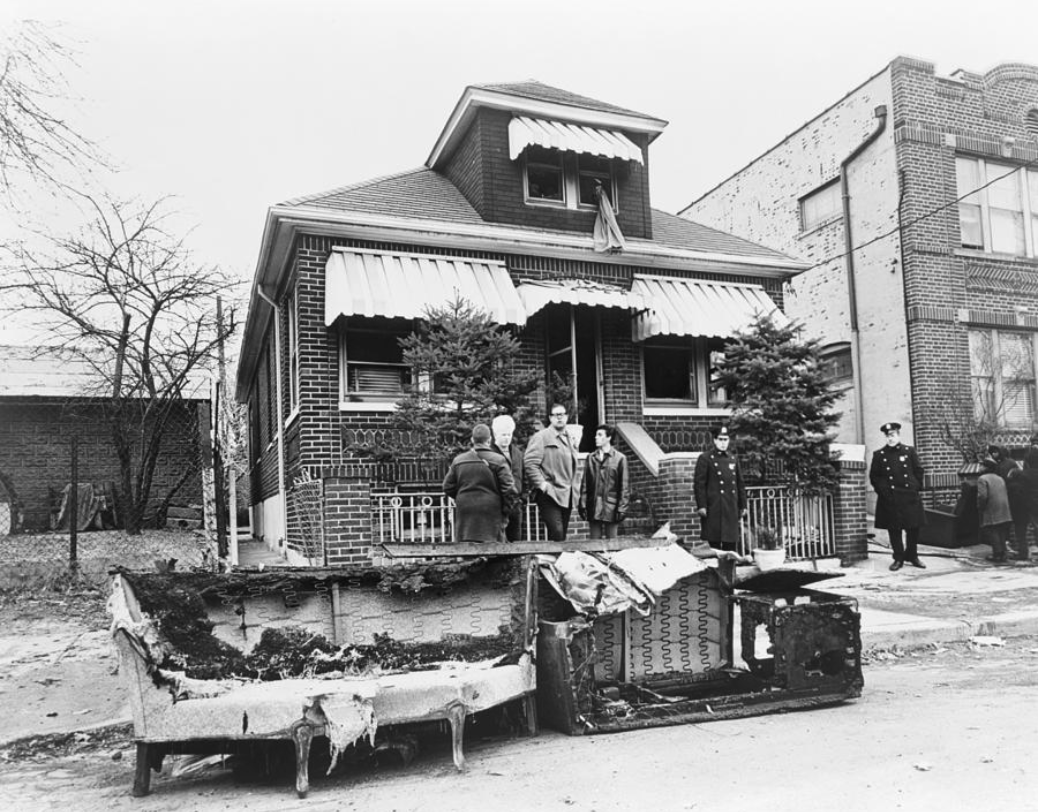 Malcolm X returning the home the day after it was firebombed 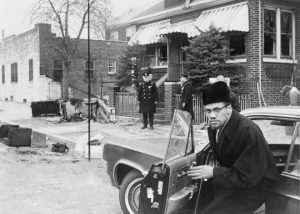 Mortally wounded, Malcolm X is carried from the Audubon Ballroom to a nearby hospital 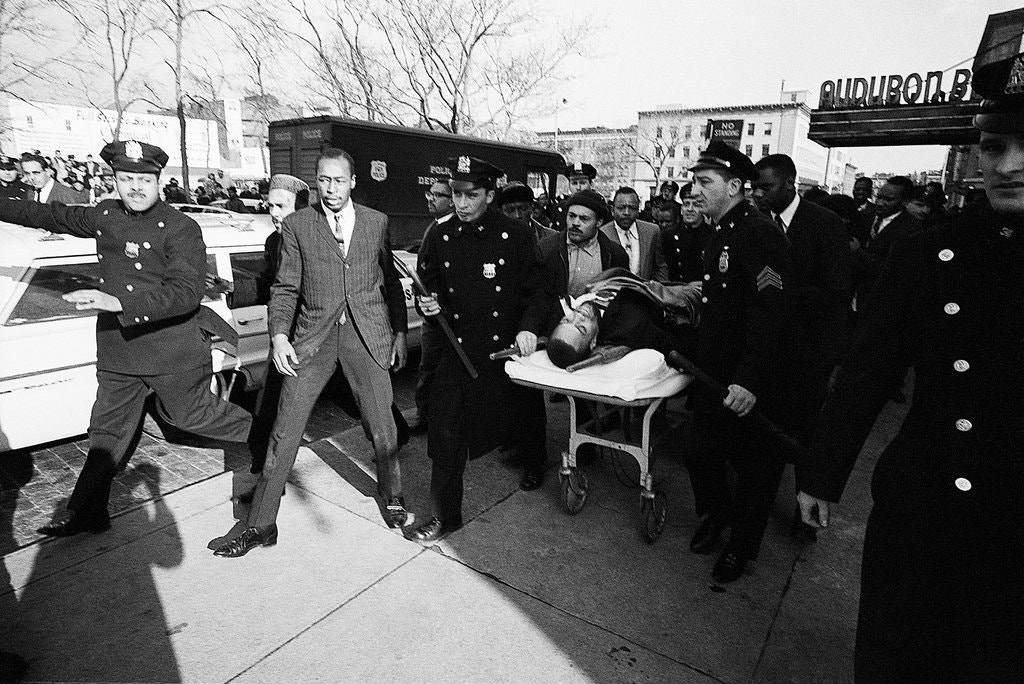 Though he is often associated with Harlem, Malcolm X lived the last several years of his life in Elmhurst, Queens. For a time, the family rented an apartment before moving into the 97th Street home, which was owned by the Nation of Islam. The family lived in the home from 1960 until Malcolm X’s assassination in 1965.

When the family moved into the home, Malcolm X was the most widely recognized member of the Nation of Islam. Within a few years, however, he left the organization in a public and acrimonious split. That split was, in part, because of revelations that the Nation of Islam’s founder, Elijah Muhammad, had had sexual relationships with teenage girls and that those relationships had resulted in several children. It was also partly the result of Malcolm X’s growing ideological shift away from Muhammad’s teaching and his growing moderation on some of his earlier views regarding integration with white people. Eventually he broke away from the Nation of Islam entirely and formed his own organization, the Muslim Mosque Inc.

Malcolm’s more moderate views on race relations were shaped, in part, by the time he spent in Mecca the year before his death. He made the hajj, the pilgrimage required of all Muslims at some point in their life. The experience of seeing Muslims of many races and nationalities treating each other as equals led him to conclude that Islam could be used to overcome racism. After a brief return to the United States, he spent several months in 1964 traveling through Africa, meeting heads of state.

During much of the time that Malcolm was out of the United States, the Nation of Islam grew increasingly hostile to him. He faced numerous death threats and felt unsafe in any city with a significant NOI presence. His wife, Betty Shabazz, received a phone call threatening his life. The FBI also received information that there were plans to have Malcolm “bumped off.” The NOI also ordered Malcolm and his family to vacate the home on 97th Street, which he refused, arguing that he had a right to live in the home, given the sacrifices he had made for the NOI. On February 14th, while Malcolm, his wife and four daughters slept, the house was firebombed. Three Molotov cocktails hit the house, which was soon engulfed in smoke and flames. There was speculation in some quarters that Malcolm himself was responsible for the firebombing because of the ongoing dispute over the home, but most observers concluded that the Nation of Islam was responsible, and a member of the NOI confirmed their involvement many years later. One week after the firebombing, on February 21, Malcolm X was assassinated in the Audubon Ballroom in Harlem.

The home remains largely as it was when Malcolm lived there, although the brick facade is now covered in pale green vinyl siding. In recent years, members of the community wanted a memorial to be placed at the home, but as of this writing, that has not happened.