The PBY-Naval Air Museum and Memorial Foundation is dedicated to preserving and promoting the legacy of the WWII-era patrol seaplane called the PBY and the naval history of Whidbey Island. A group of PBY veteran pilots established the museum, which is located in downtown Oak Harbor, in 1999. The PBY played an instrumental role during the war, serving in a number of capacities including patrol, search and rescue, and anti-submarine warfare. The museum features numerous items on display including military artifacts, photographs, and two flight simulators (visitors can fly the PBY and other aircraft). There are interactive exhibits as well including a PBY gun turret you can go in to and an exhibit where you can try night vision goggles. The main highlight of the museum is the PBY airplane, which is on display across the street.

The PBY-Naval Air Museum and Memorial Foundation was established in 1999 to promote the history of the PBY and the Naval Air Station Whidbey Island. 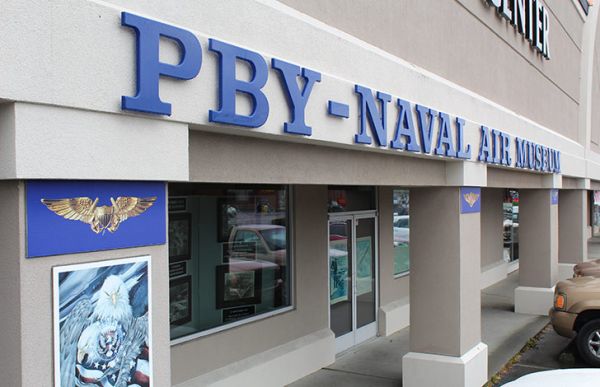 The museum's restored PBY is on display across the street from the museum building.

Visitors can go inside this gun turret and move it around. 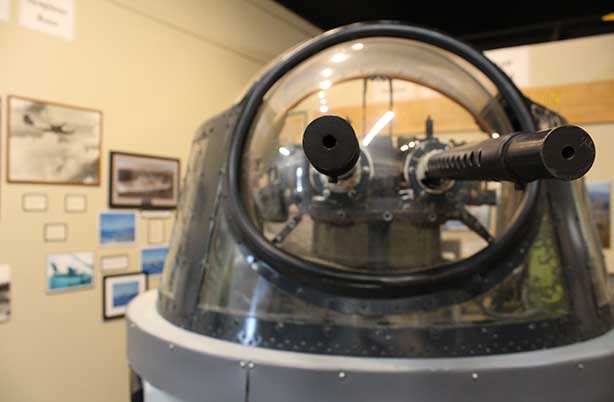 The museum bought the PBY in 2010. The "PB" stands for "Patrol Boat" and the "Y" is the code for the company that built it, Consolidated Aircraft. In 1933, Consolidated Aircraft built the first PBY prototype and later contracted with the U.S. Navy to build 60. Eventually, Consolidated produced 2,387 PBYs, which was the largest aircraft order in the country at the time.

In January 1941, the Navy began building the Naval Air Station Whidbey Island, which is divided into two locations; one is just to the east of downtown and the other is a couple of miles to the north. PBYs started to fly from the base in December 1942. They were relatively slow and bulky yet versatile; they could land on water and runways, and drop bombs, depth charges and torpedoes. They also had gun turrets to defend themselves against attack. PBYs were also usually the first to spot enemy ships, which is what happened before the Battle of Midway. They typically patrolled coastal areas and could fly for long periods of time.

All photos by the PBY-Naval Air Museum and Memorial Foundation