This historical marker offers a brief history of the Town of Fort Gay, a village established in 1789. The land that would become the community of Fort Gay was part of the Vancouver Land Grant which included 15,000 acres around the confluence of the Tug and Levisa Rivers. At this point, the two rivers form the Big Sandy River and give the centrality of that river to the area, it is likely that this area was explored by George Washington during the Great Kanawha expedition in 1770. The village was originally known as Cassville until the name was changed to Fort Gay during the Civil War. While the precise reason for the name change is debated, the leading theory is that the name is related to the service of a Civil War nurse named Gay and the proximity of Fort Gallup in Louisa.

Survey of the Vancouver Land Grant. 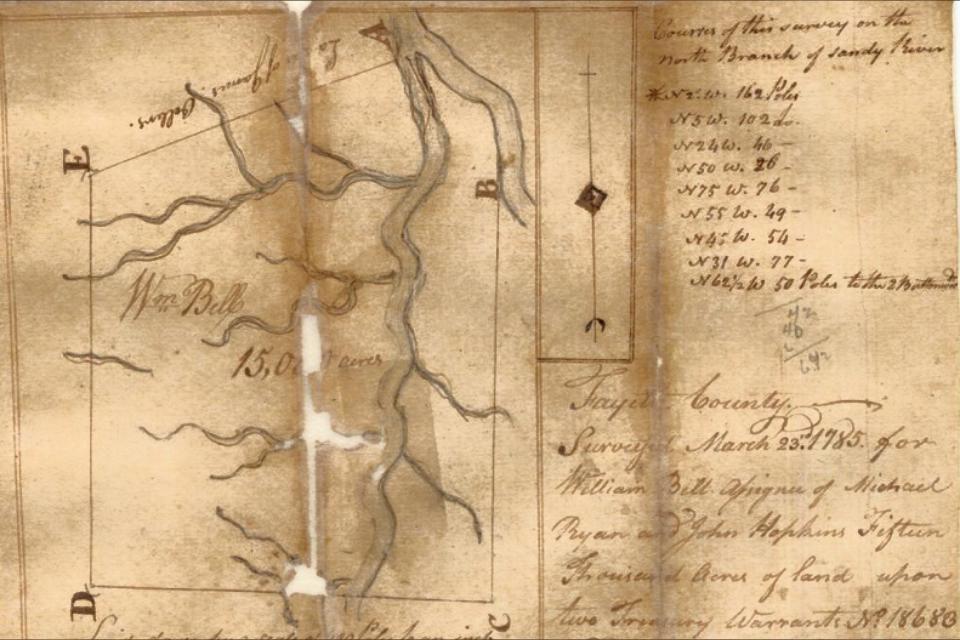 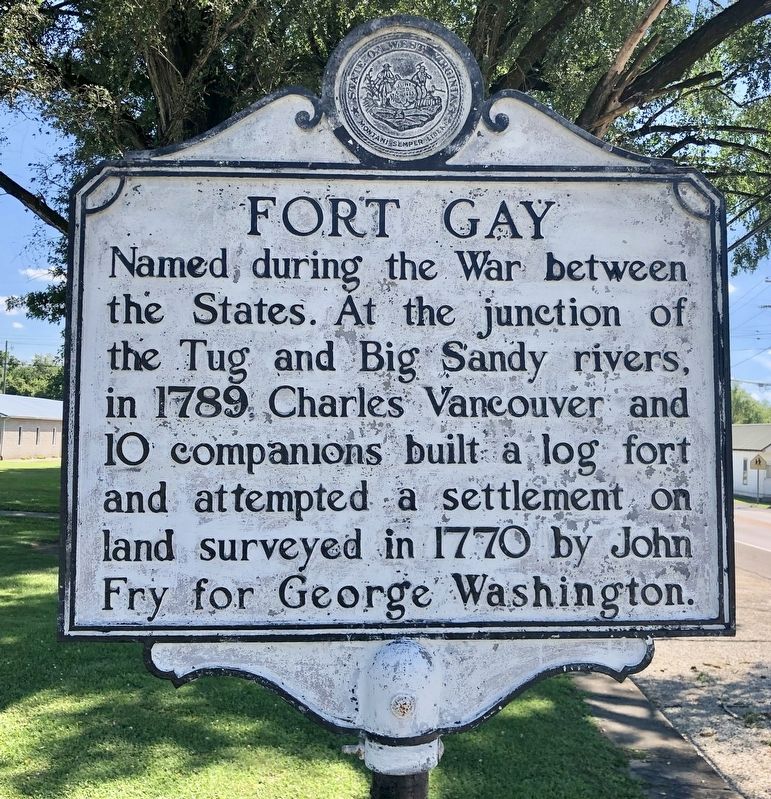 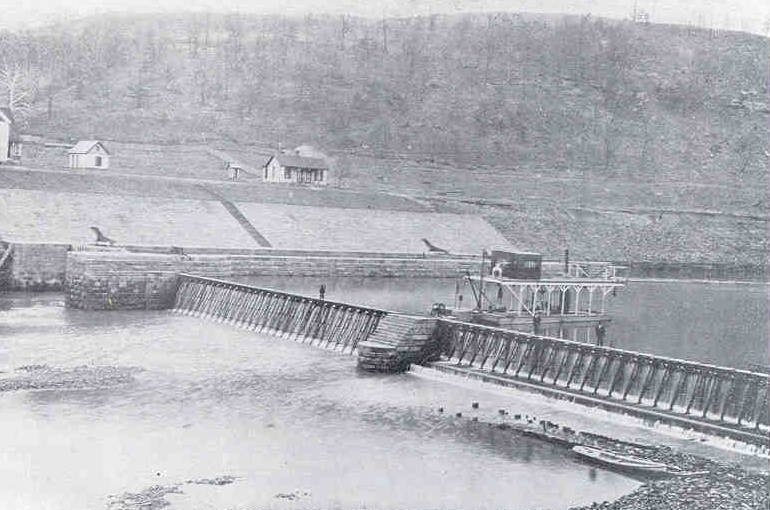 The land that became Fort Gay was utilized for centuries by area tribes for centuries. By the late 17th century, the Cherokee controlled the area. In 1770, the land was surveyed by John Frye who worked with George Washington as part of the Virginia land survey. In 1789, ten settlers who were working with Charles Vancouver surveyed the land and settled farms in the area where Fort Gay is now located. They settlers cleared the land of trees to facilitate agriculture and support their legal claim to the land in the eyes of Virginia Courts. Native Americans held a different concept of land use and sovereignty, and some of the area Cherokee responded by taking the settler's horses. The settlers attempted to stay and hold this territory, but by the following April, they had been driven off by the local tribe. The ten men had to travel to the mouth of the Kanawha River, over eighty miles, just to get corn. John Hanks, one of the travelers, indicated that the nearest fort was probably thirty to forty miles away. During this short period, Fort Gay was known as the Vancouver Settlement.

This town would later be the first permanent settlement in what would become Wayne County, West Virginia. The confluence of the Tug Fork River and the Levisa Fork River join at Fort Gay explains the reason why this land was chosen. The location at the start of the Big Sandy River connected these lands to the market and the ability to travel by water from the Big Sandy to the Ohio River was facilitated by a system of locks and dams system built in 1896. This system was the first of its kind in the United States. The Needle Dam allowed riverboats and barge tows to ascend from Big Sandy into Levisa and Tug Fork upstream.

This settlement was originally known as Cassville and sometime around 1875 it was simultaneously known by that name as well as Fort Gay. The settlement got the nickname, Fort Gay in the midst of the Civil War and before long, the nickname became the official name of the community. There are two theories as to why Fort Gay became the preferred name, the first being that West Virginia already had one community on the eastern side of the state that was known as Cassville. The second is in relation to the way a local Civil War nurse named Gay had become so closely identified with the small village in the eyes of some Civil War veterans and their families.

This area was also known for its plentiful farm land with good soil. In 1883, a fire ravaged the small town and destroyed most of the businesses, and while some left the area, others worked to rebuild. The community remains small with an average population of around seven hundred people. With the decline of extraction industries and without the arrival of many new businesses, many residents travel to work in nearby towns. Fort Gay lost its local school to rural consolidation in 1988 and the old Fort Gay High School near this marker has remained empty for decades. However, in December 2019, the Coalfield Development Corporation announced that New Day in Fort Gay has received a grant to restore the old building and transform it into affordable apartment buildings.