Battle of the Olentangy Site and Monument

Located halfway between the cities of Galion and Bucyrus, the Olentangy Battle Monument preserves the history of the Battle of the Olentangy, a short skirmish during the Revolutionary War. The conflict occurred when a small American force under the command of Colonel David Williamson engaged a slightly larger force of Native Americans and their British allies at this location on June 6, 1782. This skirmish was part of the Crawford Expedition and occurred after Colonel Crawford was separated from his troops and executed, thereby placing Williamson in command. The skirmish ended with the British force pushing the Americans out of the area largely owing to the support of Native Americans in the area who supported the British out of self-interest given the growing encroachment by American colonists and the centrality of trade with the British. The monument was placed in 1896 by the Crawford County Historical Society to commemorate the battle. 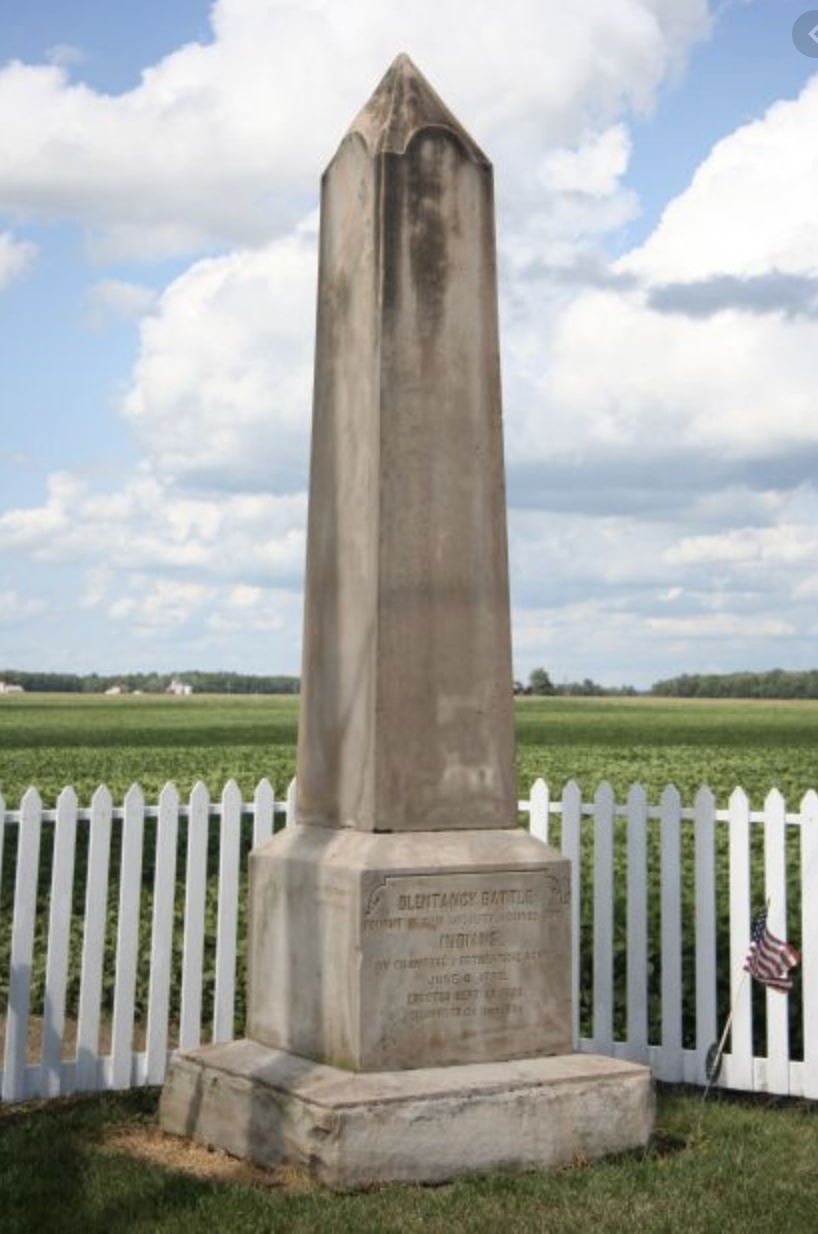 Inscription on the monument 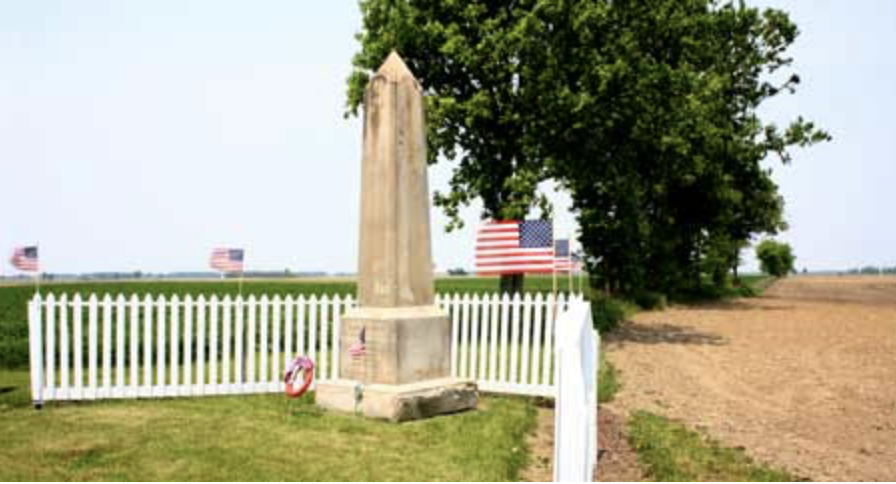 Map of events during the Crawford Expedition 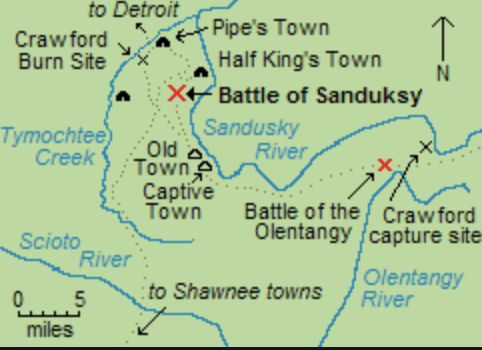 Beginning on May 25, 1782, Colonel Crawford led an expedition into Ohio with the intention of reducing the power of area tribes by destroying the villages of the Wyandot and Delaware Indians near the Sandusky and Scioto Rivers (present day Upper Sandusky). This attack on Native tribes was intended to both send a message and reduce the power of area tribes as a precursor to more American settlement on the frontier. Crawford set out with 480 men under his command but was unaware that as they moved their location was being relayed back to the British at Fort Detroit by Indian scouts.

When they reached Sandusky Plains, British troops along with their Native American allies were waiting to stop the Americans with a larger force. Fighting began at the Battle of Sandusky on June 4th, in the middle of a wooded area within the prairie. After two days of fighting, Crawford’s army was defeated, and they began a disorderly retreat. Crawford found himself separated from his troops when they dispersed and he was captured by a group of Delaware Indians on June 7th. A few days later on June 11th, Colonel Crawford was tortured and executed.

Now under the command of Colonel David Williamson, the Americans took a short rest before heading south along the east bank of the Sandusky. They crossed the river at the mouth of the Little Sandusky and soon reached saw a large force of mounted Indians and British troops following in pursuit. The Americans continued their retreat in hopes of escaping, but by the afternoon on June 6, 1782, their pursuers were close by and the men knew they would need to find a location to make a defensive stand.

The men formed a line at a small rise in the ground, slightly west of where the monument now stands, as a storm moved in to the area. At that point, the Americans were attacked by 600 Native Americans and their British allies. They fought off the first attack, and the second attempt to break their lines also failed. The battle had continued for an hour when the severe rain caused the fighting to halt.

During the battle, three Americans were killed and eight were wounded while the British and Native Americans suffered much greater losses. Still, the skirmish was a victory for the British as the Americans were forced to retreat and find shelter within the woods. They camped for the night in Crawford County near present day Leesville and on the morning of June 7th they continued their retreat as their pursuers followed behind firing occasional shots. From the perspective of the British and their Indian allies, the skirmish was part of a successful attempt to repel the invading Americans. The monument was placed in 1896 by the Crawford County Historical Society.

Dawn till Dusk 365 days per year