The Reuben Clark House began in 1854 as a two-story, wood frame dwelling. Clark was a James River steamboat captain who retired in the early 1850's and built the home. He lived there until his death in 1895. Additions made between 1901 and the 1920's are also of wood frame, including a kitchen wing. Also known as Willow Dell, the house managed to escape the fate of much of the rest of downtown Hampton, which was burned during the Civil War, probably because of its close neighbor and Union stronghold, Fort Monroe. The house lies near the end of a causeway currently connecting the mainland to the fort, and is set back from the south side of Willard Avenue. The house - with its nearly two-acre lot - was listed on the National Register of Historic Places in 1984. 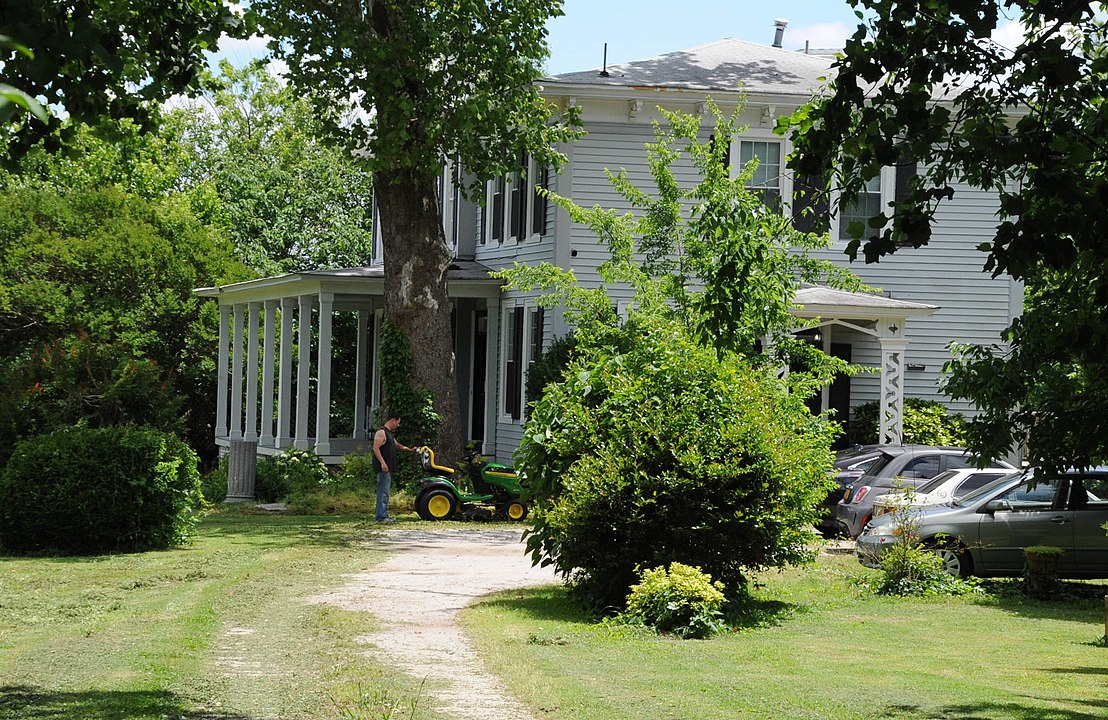 Reuben Clark was born in New York State in 1805. He retired from being a James River steamboat captain in 1853. Clark bought a tavern and adjacent land on Mill Creek in 1854 on the south side of Water Street. "Captain Clark" built the Reuben Clark House for his residence on the property. In his retirement, he operated a store selling dry goods; the store is shown on the same lot as the house on an 1877 map. The house was known as "Willow Dell" by 1877.

The Reuben Clark House, as built in 1854, had an entrance on the northeast facade; this entrance is now accessed via a one-story wraparound porch. A second entrance, on the northwest façade, faces Willard Street (formerly Water Street) and is sheltered by a one-bay porch supported by lattice posts. The original house had an interior side hall plan. With the early twentieth-century additions, the interior plan has become center hall with an expanded dining room being the largest room in the house. The house is topped by a low hipped roof.

While most lots in this part of Hampton are only one acre or less, the Reuben Clark House sat on nearly two acres. Although none of the original outbuildings - including the store as shown on an 1877 map - survived into the late twentieth century, some of the trees are close to a century old. The original wooden fence has been removed and was replaced with a wire fence by the 1980's; the lot is currently edged by a cast iron and concrete fence along the main road, with a sign reading "Willow Dell c1854" on an entrance column.

Soldiers from Fort Monroe were known to use well water from this house's lot for drinking at times, since the water was purer than that from wells in the fort. A letter from a Union general stationed at Fort Monroe to another general in Washington, D.C. in May 1861 noted that a frigate had drawn 800 gallons of water from the Clark well for the ship's boilers, causing the well to run dry. However, the well had refreshed itself overnight, and the spring water was again flowing into the well. Since Clark was initially a Union sympathizer, he may have been allowed to remain in the house during the conflict, since the Union troops controlled the fort and most of the village of Hampton.

Clark still resided at the home when he died in 1895. His widow, Amanda, passed away in 1903. Their adopted son, Reuben O. Clark, inherited the house and surrounding property. The Clark family sold the property to the Newcomb family in the 1920's. Charles Sigler IV bought the Reuben Clark House in 1977. The house is one of the oldest surviving residences in Hampton and the only one left in the Picturesque Style; it was listed in the Virginia Landmarks and National Registers in 1984. The six-bedroom, three-bath house was last sold in 2017; the lot has been reduced in size to just under 1.4 acres.