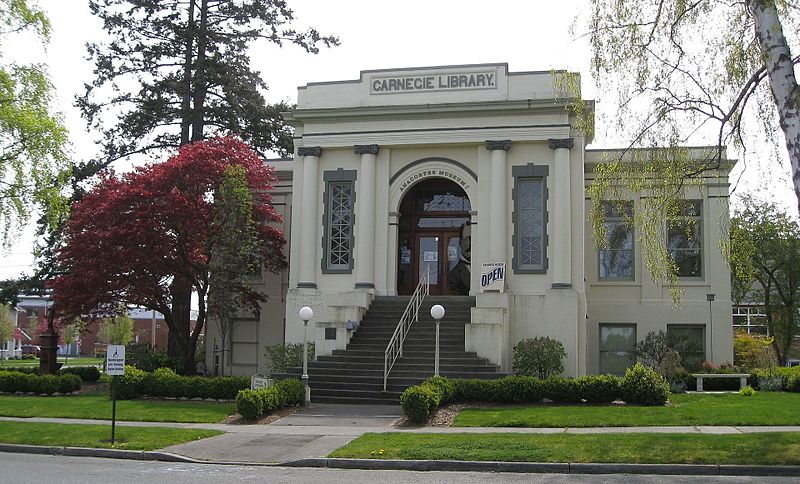 In the early 1900s, Anacortes was a thriving community whose economy was based on fishing and lumbering. The Great Northern Railroad had also arrived, allowing passenger and train traffic to reach the town. This activity attracted more people and the town grew and became more established. It was in this context that the Anacortes Public Library Association, whose members were women, developed plans to build the library in 1908. They contacted Andrew Carnegie who responded saying he would donate $10,000 if the town agreed to acquire a site and set aside $1,000 per year for books and maintenance. Construction got underway in September 1909 and the library appears to have been built fairly quickly.

In terms of architecture, the building takes the shape of a Greek cross and incorporates Renaissance and Neoclassical elements into its design. Notable features include a grand stairway leading up to the main entrance, which has four Ionic columns and an arch, and the words "Carnegie Library" above the entrance. It became the museum sometime in the late 1960s or 1970s.