The James A. Fields House is a late Victorian home built in the Italianate style, on 27th Street near Jefferson Avenue. James A. Fields was born into slavery in Virginia in 1844 and escaped to Fort Monroe in Hampton during the Civil War. He continued his education and eventually earned a law degree from Howard University in Washington, D.C. Fields served several terms as a Virginia legislator. Fields invested heavily in local real estate, and built this brick house for himself as a residence and law office in 1897. After Fields' death in 1903, the house served briefly as doctors' offices for African-Americans. Neglected and vacant for many years, the house was restored or renovated in 2000 into a private residence once again. 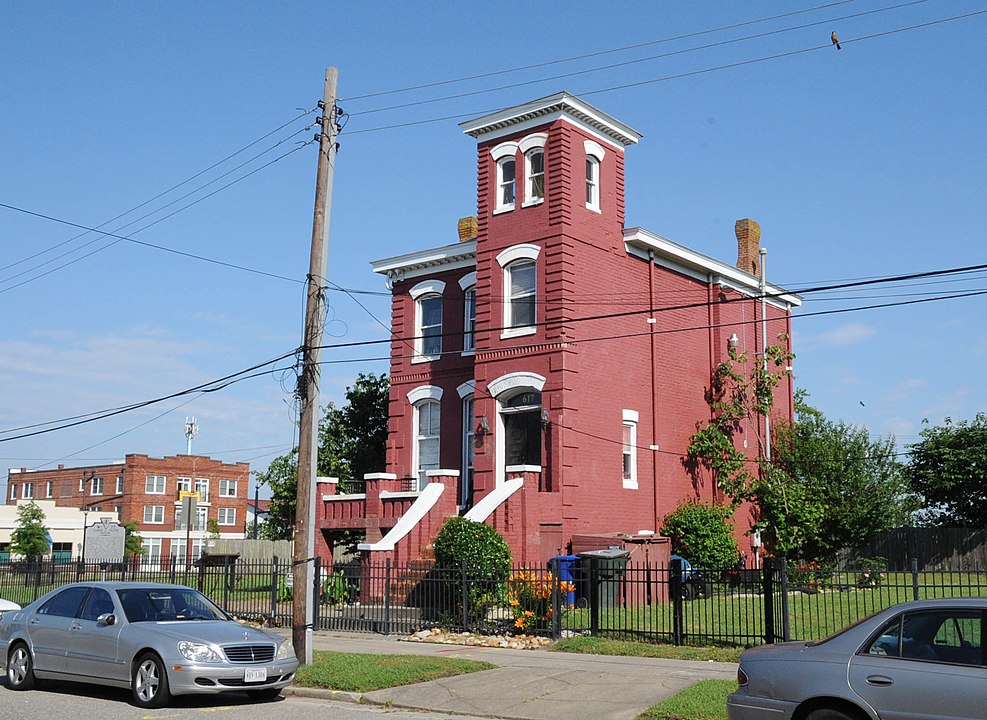 James A. Field and his brother escaped slavery during the Civil War. They fled a Virginia plantation and sought refuge in the Union-controlled Fort Monroe in Hampton. Fields worked as a guide for the Union troops and continued his education at a school set up for former slaves at Fort Monroe. After the war, Fields worked for the Freedman's Bureau in Hampton and was one of the first enrollees in a new school, the Hampton Normal and Agricultural Institute (later Hampton University). Fields went on to teach other African-American students in Williamsburg and Elizabeth City county. Over one hundred of his students became teachers as well. Fields became the first Black Justice of the Peace in Virginia. He was elected the Commonwealth's Attorney for Warwick County, Virginia, in 1887. Fields was a Republican representative to the Virginia legislature, beginning in 1889.

When Fields purchased the lot in the 600 block of 27th Street where the house now stands in 1897, he owned 15 other properties in Newport News. This lot was chosen for his own house and law office, and Fields resided in the home until his death in 1903. The Italianate brick residence is two stories on a raised basement with a three-story tower over the primary entrance, accessed by prominent brick steps onto a front porch. The side hall entrance floorplan includes two exterior chimneys.

Four doctors pooled their resources and occupied the leased top floor of the building in the early 1900s. The medical practice soon outgrew the space and fundraising efforts of the community's Black and White residents allowed for purchase of lots in the 1000 block of 29th Street for construction of one of the first Black hospitals and nurse training schools in the country. The expanded new facility became Whittaker Memorial Hospital, opening in 1917. A later hospital building, the first hospital in the U.S. designed by Black architects, opened in the 1000 block of 28th Street in 1943. The hospital moved again in 1983 and changed its name to Newport News General Hospital; it closed in 1997.

The James A. Fields House is one of the few remaining residential buildings of this era in the South East Corridor of Newport News. The structure suffered interior and exterior damage from roof failure and vacancy over many years, but was restored in 2000 after being sold to Gregory Cherry by the Newport News Housing Redevelopment Authority. Most of the windows and doors were beyond saving and were replaced. New gutters and a new roof were added and the exterior masonry was repointed. Very little of the original interior fabric of the house remains except for pocket doors separating the front room from the dining room. The house once again serves as a domestic residence but is open by appointment only for brief tours (see a link below).

Private residence, open for tours by appointment only