Blockhouse Number One is a fortification located at the top of the Great Hill on the Northern edge of Central Park. The building is the oldest in the park and also predates the creation of Central Park as it was constructed to protect the city from the British in 1814. It was originally one of several emergency fortresses built following the outbreak of the War of 1812. 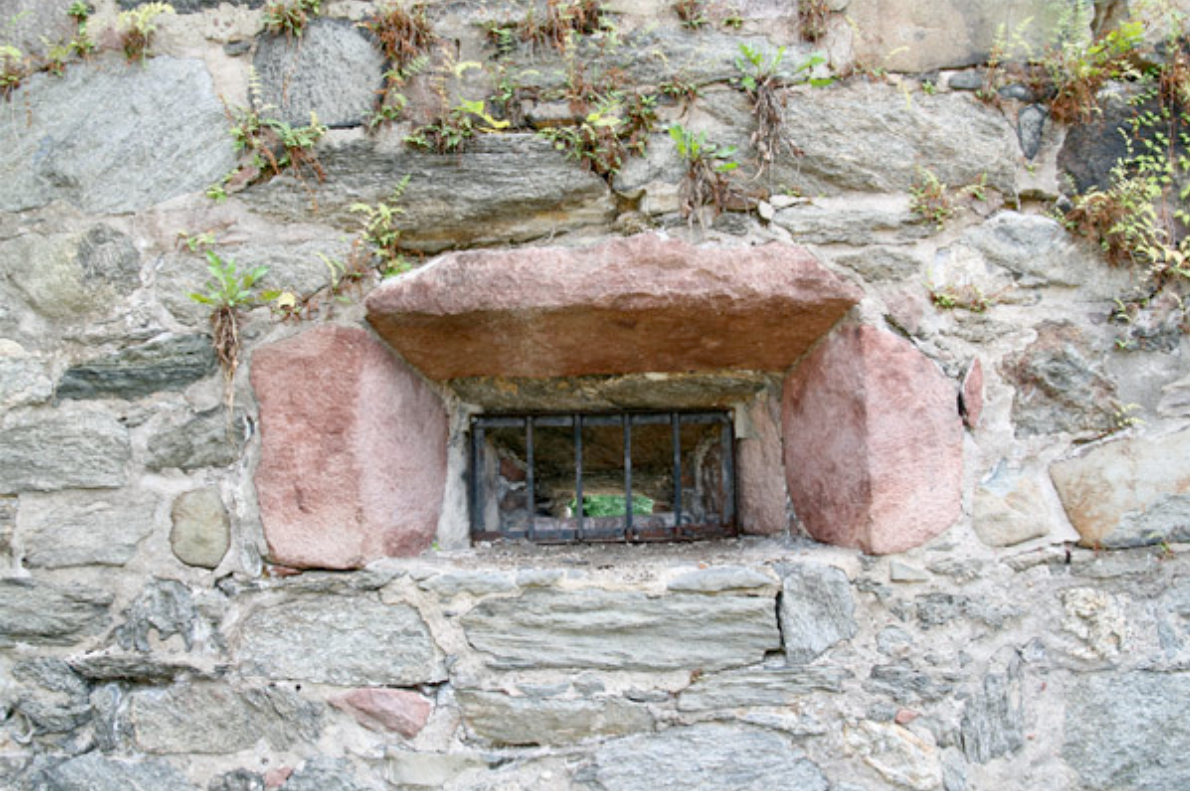 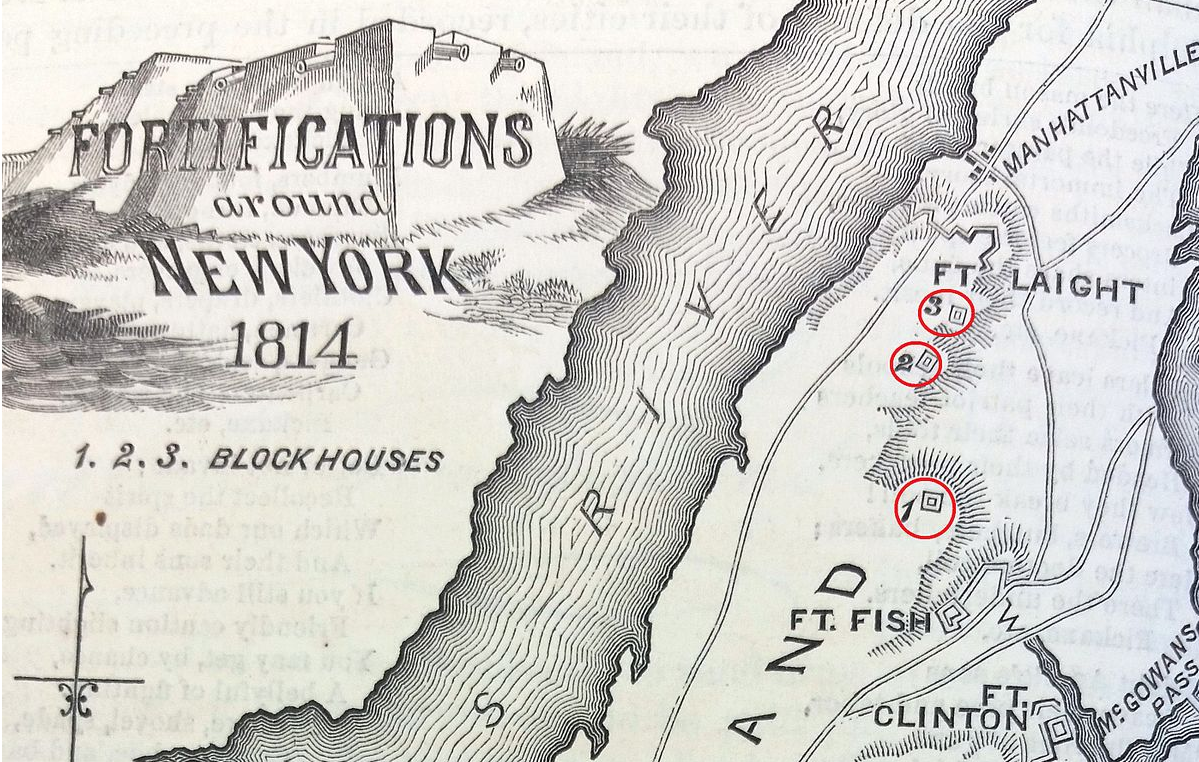 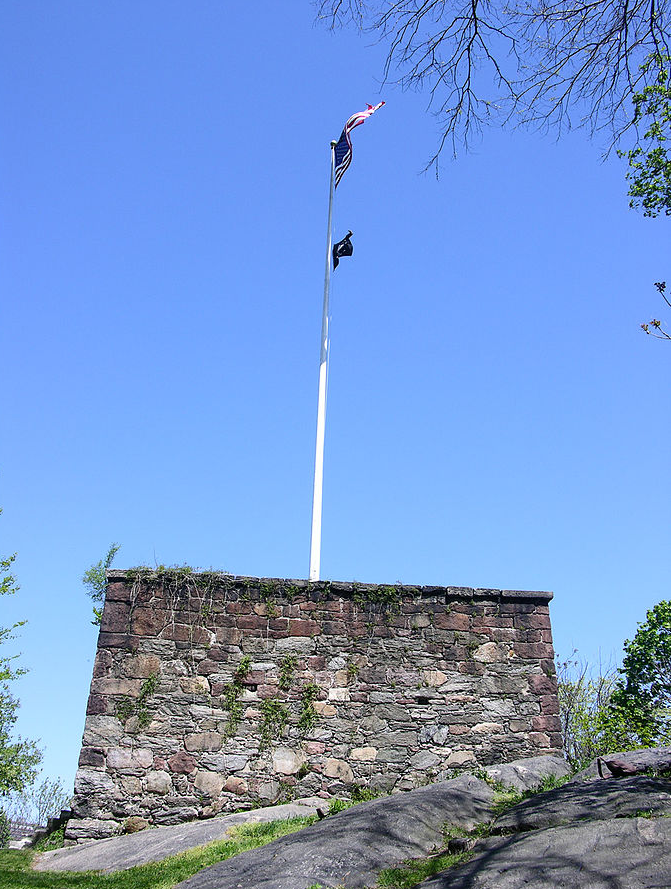 Based on the pattern of British attacks during the Revolutionary War, it was assumed that the British would attack from the South or the West, thus fortifications on Manhattan’s North and East fronts were practically nonexistent. On August 10, 1814 the British came from the east, landing at Stonington, Connecticut on the Long Island Sound. In response to this threat, several emergency fortifications were constructed along the Harlem heights, including Blockhouse Number One.

There were originally three other blockhouses constructed along what is now Morningside Drive, however this is the only one that remains standing. The structures were complete by September of 1814, and the hurried construction is evident in the uneven stonework. The building was constructed by volunteers from New York, New Jersey, and Long Island. The volunteers brought construction material with them and, as such, a mix of red sandstone can be seen contrasting the Manhattan schist along the small gunports. During this building frenzy, “a chain of major batteries was installed in upper Manhattan: Fort Clinton, Fort Fish, McGown’s Pass, Nutter’s Battery, and Blockhouse Number One” (3). While the British burned Washington, they did not attack New York City in the War of 1812 so the Blockhouse never saw combat. The complex later used as a storage building for ammunition.

The building had a timber floor supporting a heavy cannon from a turret on the roof, and there are still two gunports on all sides of the building. The upper two feet of the building are a noticeably lighter color and were likely added on after the close of the war as the building was converted into a storage space. Archaeologists from Columbia University excavated parts of the foundation of the Blockhouse in 1995 and found that the structure was built on top of an existing footprint, suggesting that the structure dated back even earlier than 1814. Archaeologists estimated that the building was actually constructed during the British occupation of Manhattan during the Revolutionary War.

When the early plans for Central Park were drawn up in 1858, the land where the Blockhouse stands was considered unusable and was not included in the initial Park design. The Park was originally intended to run from 59th Street to 106th Street (whereas today the Park runs from 59th Street to 110th Street). The land above 106th Street contains rocky bluffs and the area that is now the Harlem Meer was formerly a swampland. In 1863, this land was added to the park after developers decided it was too difficult for residential or commercial construction. Park architects Olmsted and Vaux left the Blockhouse as a picturesque ruin, covered with crawling vines and set amidst alpine plants and evergreens.

Today the building is unused and remains closed to the public. A single flagpole stands in the center of the Blockhouse. Over the years, there were two historical plaques installed at the site. The first was placed near the Blockhouse in 1905 and lost to vandals sometime after 1913. Another plaque was created in 1999 but has also gone missing.

Schumacher, Joe. Inside the blockhouse, what about the plastic animals?. September 8th 2008. Accessed February 9th 2020. https://jschumacher.typepad.com/joe/2008/09/inside-the-blockhouse.html.