Being a part of a town by the Gulf of Mexico, in Destin, FL, conservation is always on the minds of locals and the hundreds of thousand tourists that are attracted to the area yearly. One of Destin's most unique and tourist grabbing sites is Wyland's 88th Whale Wall. Better known to locals as "the whaling wall" on the legendary Marine boating building, It has marked the city as a special destination for art lovers as well as nature lovers. This is one of eight murals painted in Florida. It is part of a larger collection of sea works by Wyland, where it is a part of a 100 piece set. 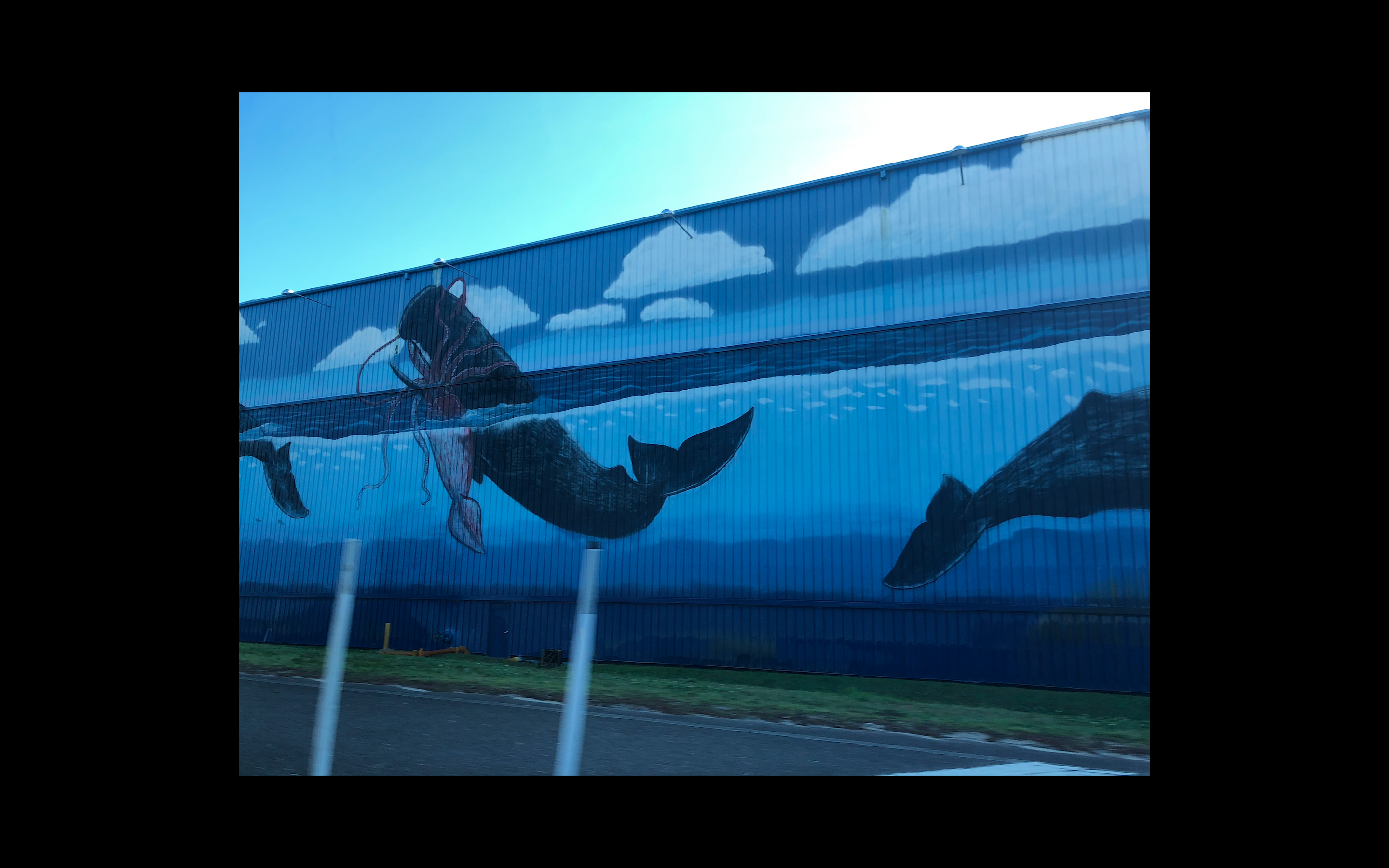 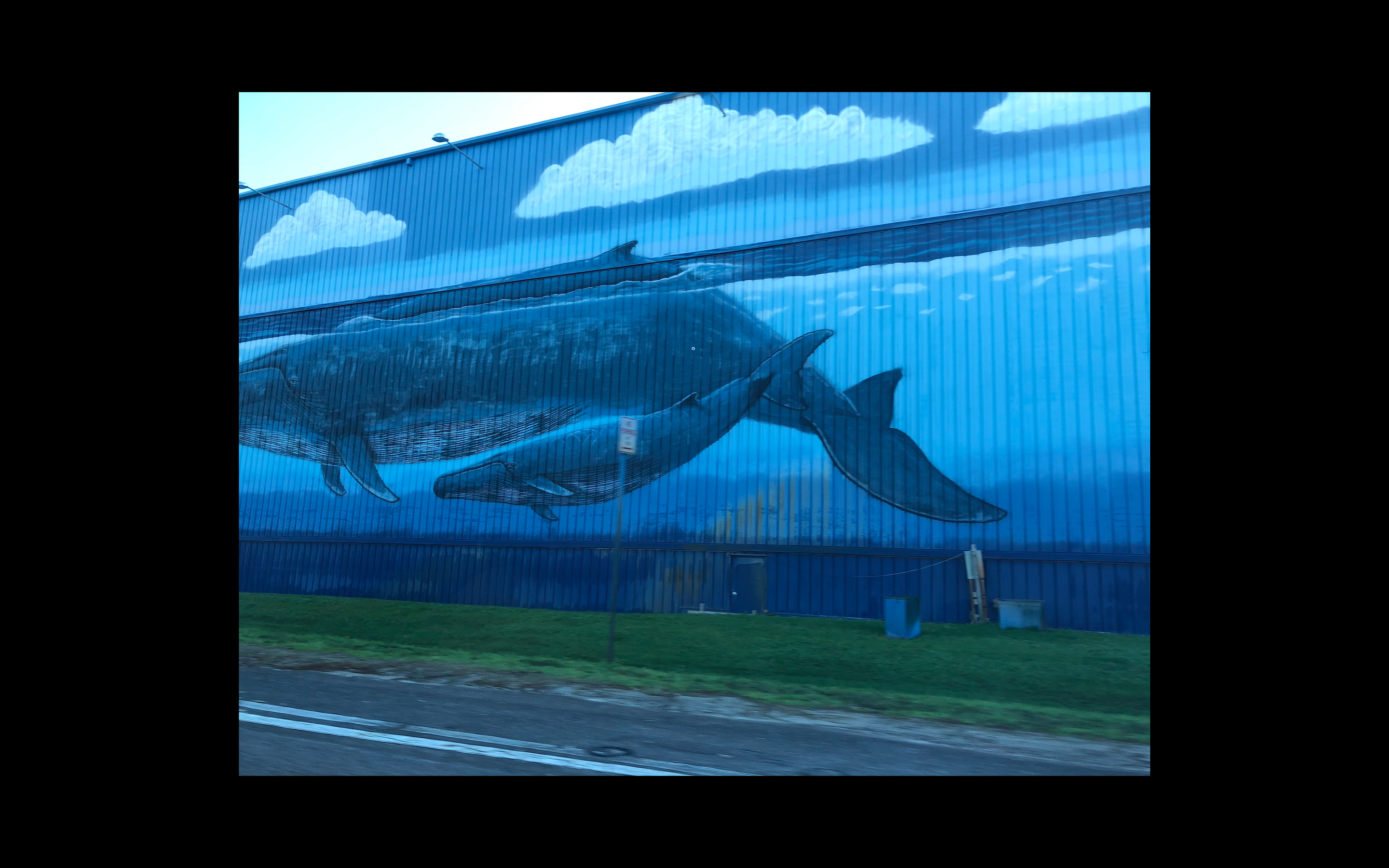 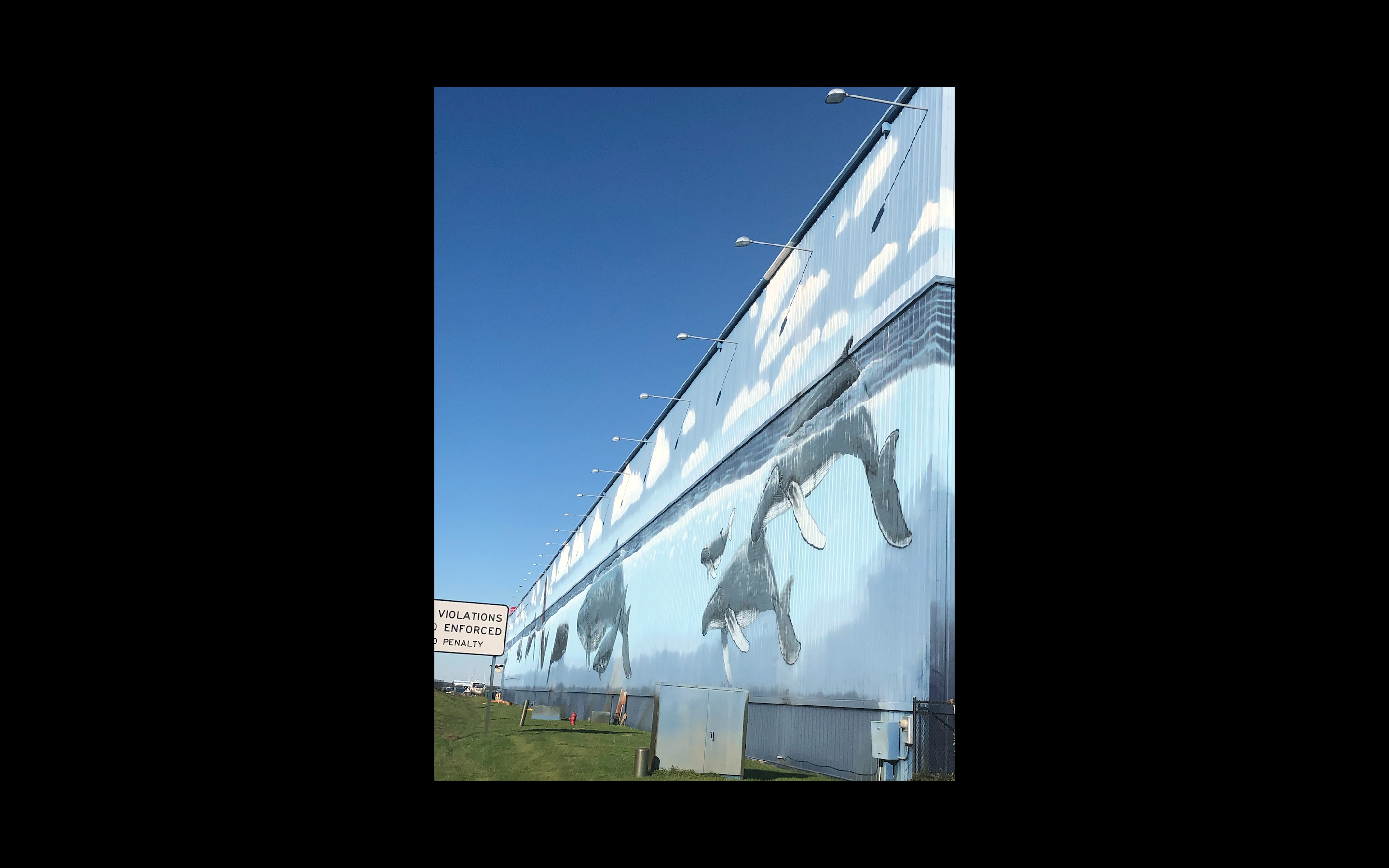 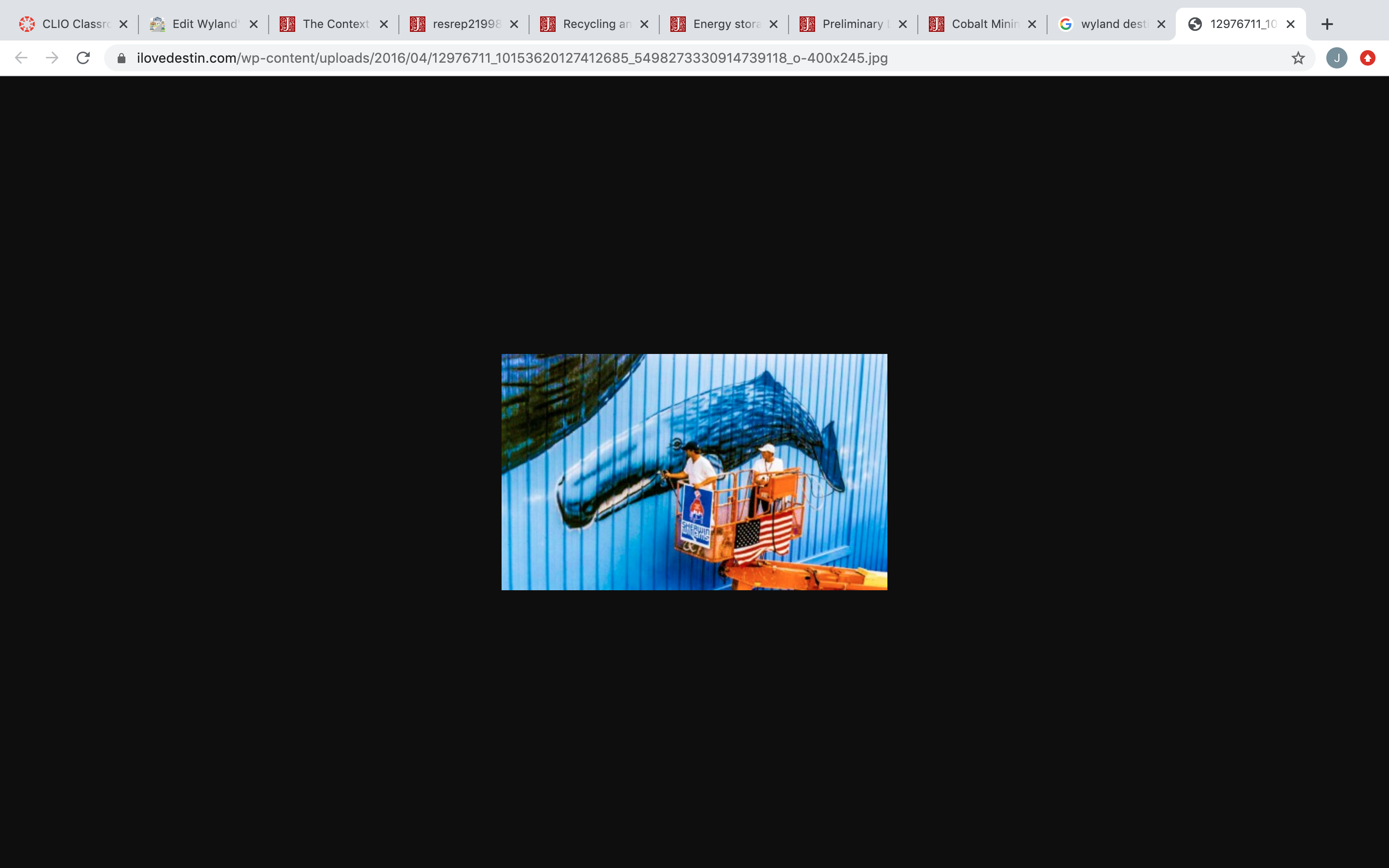 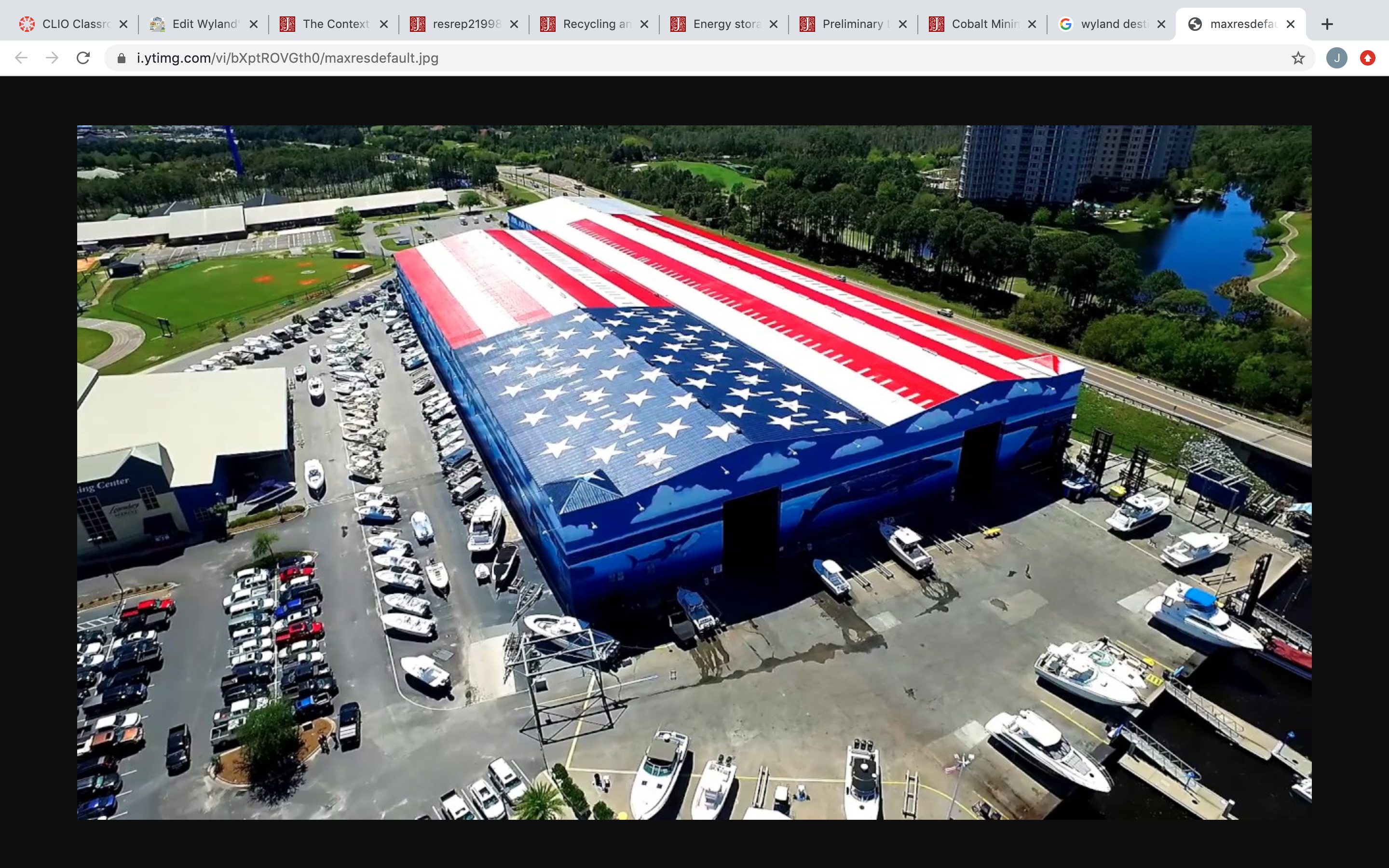 In the hub of a small-town area, famous painter Robert Wyland decided to position one of his100 marine-life murals to support conservation in Destin, Florida. It became number 88 upon completion of the beautiful Whale Wall” that can be seen as soon as one drives into the city over our Mid-Bay Bridge. This makes it a part of one of the largest public work art exhibits available, and it is one of the sights, other than the white beaches, that drives tourism in the city.

Destin’s piece makes up number 88 of Wyland’s one-hundred-piece mural work on marine life conservation. These paintings were inspired by his home and his love for scuba diving. His main goal for this was to bring conservation awareness to Congress. This took a total of twenty- seven years to complete all one hundred pieces. Destin’s specific work was started in 2001. It is a beautiful piece depicting the life of whales with other creatures making brief spotlight appearances. Its official title is "Marine Life on the Gulf". These whales are life-sized and designed to bring environmental awareness to those who view it. It is a 60-foot wall specifically designed for the Gulf Coast's marine life awareness.

The beauty of his piece does not end here. In that same year, Wyland decided to paint an American Flag on the top of the building of the mural. The exact day of opening to the public was April 13th. This is a really important note since the area is surrounded by three different military bases. Interestingly enough, this flag would grow even more. On top of the building, he has retouched the original and painted the world's largest U.S. Flag on the rough of the Legendary Marine building. The exact measurements are 554 feet by 299 feet. He did revisit in 2015 and touch up his work. He did not at the time touch up the flag but may send a friend to help him out with this. The most inspiring part of his work is the charity tied to them. He uses this to help the environment as well as raise money for young artists with similar passions. He gives most credit of inspiration for his art to the very first Earth Day. He uses his art to inspire others like nature inspired him. This is a public space so there are no hours set to view the landmark nor is there a specific phone number to call.

This article talks about Wyland's wall created in Destin, Florida. Its main focus however is the fact that Wyland expanded upon his original piece. On the roof of the Whale Wall building, he painted the world's largest flag mural in 2016. This was done when Wyland came to touch up his Whale Wall painting. He had originally painted a smaller flag in 2001 with the Whaling Wall, but he had bigger plans to come. he states that his inspiration came from the death of officer Bill Myers, a large influence in my hometown’s community.

This will be helpful for research because it gives background information on the mural. Not only does it talk about his original Whale Wall piece and its date of completion in 2001, but it also talks about the new piece he added to the area to honor a fallen soldier. It is extremely relevant because it is an extra layer to this monument in our community. I think the source is credible because it comes from a local newspaper article accessed online.

This article gives more technical information on the mural. It gives the exact dimensions of the largest flag mural which is 554 feet by 299 feet. The fun fact about that is it is about as large as three football fields. It talks about how it came to be this size. It was originally created in 2004, but it was expanded and dedicated to the military in 2015. It really shows how important the military is to this area as we are surrounded by three different military bases.

This is important for this article as it gives more background on the flag which previously did not have a lot of information included. Also, it helps by giving more of an understanding of how big the flag mural is and why it is important.

This article talks about specific details about the flag mural, like size and dedication. This is specifically interesting because it is the invite to the public for the grand opening of this monument in thee city. It also gives a really cool flyer that gives April 13th as the exact day of opening at Legendary Marina. This is my only article that talks about the flag’s importance because of the huge military presence here. It also gives a reference number for further information.

This article gives a unique perspective. This town is huge on military, but this article talks about it. It will help give outsiders who may not be from here a better understanding of why such a thing would be so important to the community.

This article is a general guide to Wyland’s 100-piece marine life works. Here are pictures of different cites, and he is captured while making some of his famous work. It gives a little more insight on the 27 year journey it took to complete his 100 murals. It also goes into a little further detail about the foundation he began to support art, science, and conservation regarding marine life that he loved so much. I think the most interesting part of this article is how we see him interacting with kids in the photos captured.

It is important to research as it gives a general idea about Wyland’s 100 works in general and not specifically just the one painted in Destin. It also gives great pictures of the artist at work and involved in his community, which is very important to the artist.

This was a source made to support the work by Wyland. It gives a detailed biography of what makes this painter so special. It talks about his passion for marine life and conservation. His Whaling Wall art project continues to be one of the largest public art work exhibits available and is see by about 1 billion people a year. He was born in Detroit, and grew up loving Scuba diving. This helped propel his passion for creating works that supported conservation and brought attention to Congress. He is responsible for painting the Guinness world record's largest mural which is about 3 acres in Long Beach, California in 1981. He then went on to double the size of this piece by painting the roof. This piece was inspired by a family trip he took with his family to the area when he was fourteen. This article also explains his 100 Monuments in 100 great cities which includes my piece of study in Destin, Florida. It shows pictures of all 100 images around the world. He claims much of his work to be inspired by the very first Earth Day. The summary of this page is to talk about the non-profit organization Wyland started in 1993 for raising money for marine life conservation. He wants his pieces to inspire people to keep oceans as beautiful as his pictures.

This source is useful to research because it gives an in-depth description on Wyland. It lets us know his passions and inspirations for his work. it also shows us just how popular this artist really is. It shows pictures of his 100 Monuments at their various locations, including Destin's 88. It also talks about his success in being in the Guinness World Records for his large mural painting in California which was a recreated scene from a family trip three years before. It is really interesting how he turned his passion for conservation into a non-profit so other people could get involved with the cause. The source is credible because it comes from the author's personal foundation.