This historical marker commemorates the 1894 California Midwinter International Exposition, considered the first "world's fair" event to be held west of the Mississippi River. The event itself was inspired by the Columbian Exposition, a similar "world's fair" that was held in Chicago in 1893. The California Midwinter International Exposition in 1894 transformed Golden Gate Park through architecture, music, art, and other cultural and technical elements on display to the public for the event. The marker incorporates dual signs on either side of the path leading to the Music Concourse in Golden Gate Park. The signage also includes Braille for the vision-impaired. 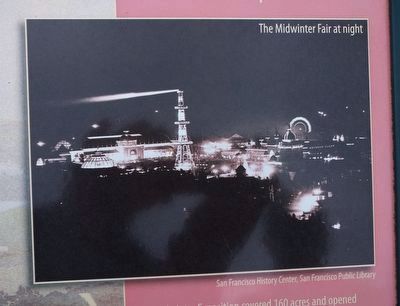 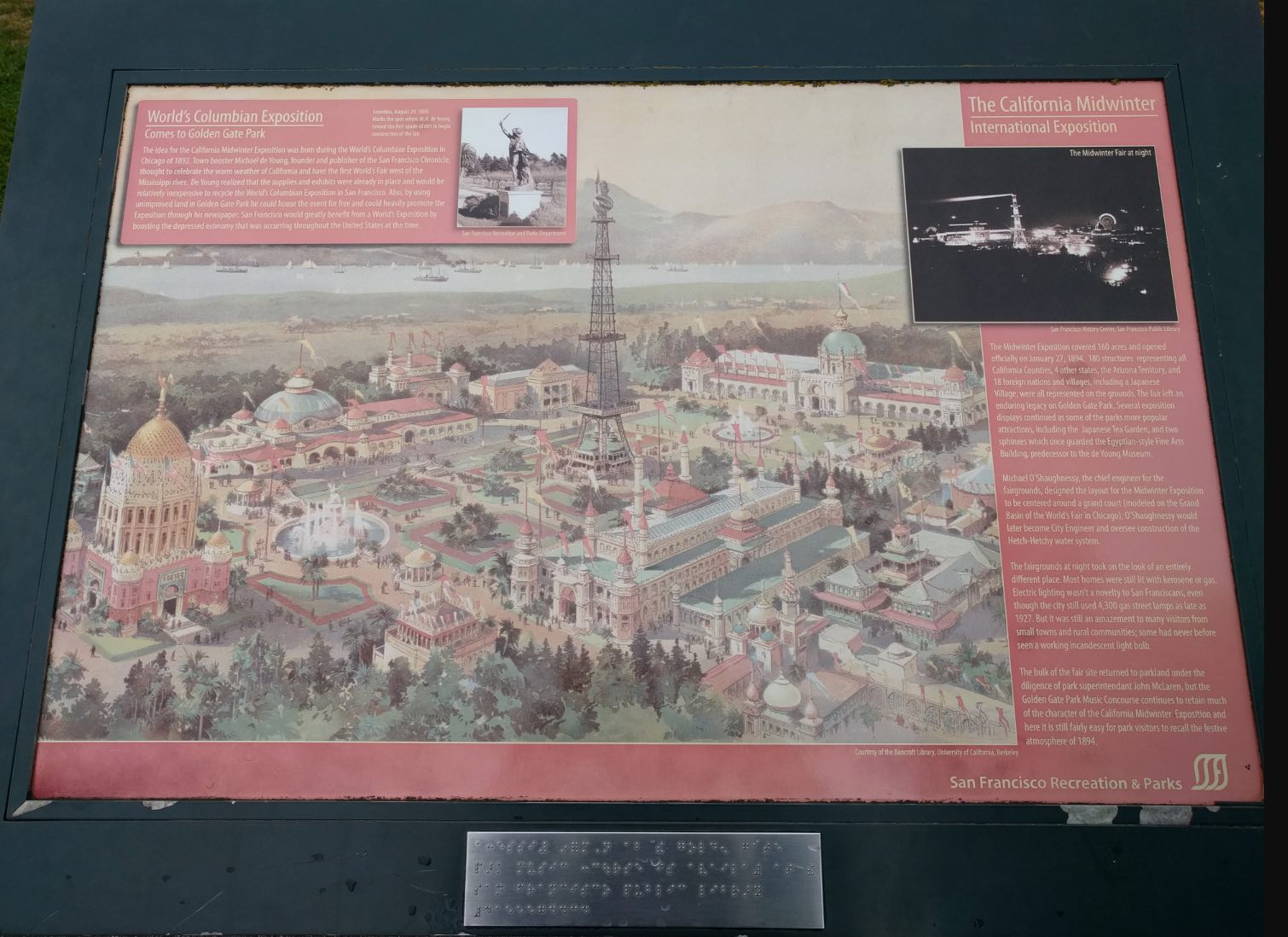 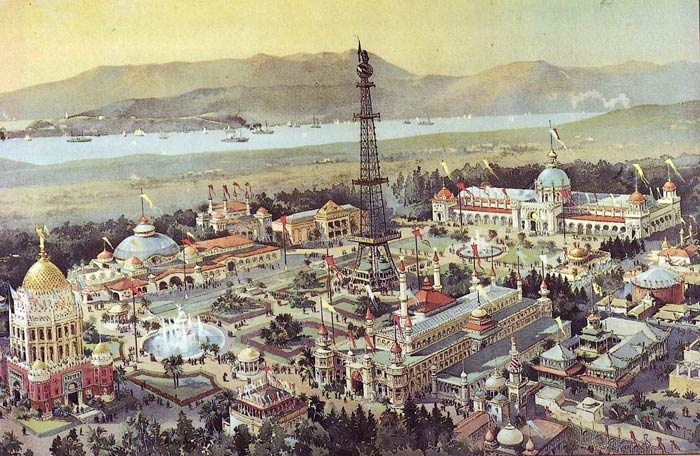 The California Midwinter International Exposition of 1894 brought local spectators as well as attendees from around the world to Golden Gate Park for a major "world's fair" event. Featuring cultural elements such as architecture, arts, and music, as well as agriculture and food products from around the world, this 160-acre event also showcased technical achievements, such as impressive electrical displays at a time when many people in California still relied on kerosene lanterns to provide light in private homes. The overall goal for the event was to bring jobs to the region while highlighting the exciting innovations in mechanical, agricultural, and cultural arts from throughout the U.S. and from other countries around the world.

The event also served to showcase the region's agricultural products, many of which flourished specifically in sunny California because of the warm weather and temperate climate. In addition, the exposition included elaborately costumed performers, carnival rides, theater shows, and other spectacles meant to entice public curiosity, such as a replica of an 1849 mining camp, circus lions, a stylized 'Eskimo village', and men wielding scimitars, elements that contrasted with the staid, neo-classical architectural elements also built for the event. Thus, through this deliberate use of contrast and spectacle, the world's fair also conveyed an unmistakably imperial tone, particularly as it was envisioned as part of a broader effort to "cultivate the frontier" through culture and commerce. While it may seem far from politically correct by today's standards, at the time, the exposition was considered a successful and peaceful event that generally reflected an amicable spirit of cross-cultural interaction.

The idea for the California Midwinter International Exposition came from Michael de Young, founder and publisher of the San Francisco Chronicle. De Young had served on the committee for the 1893 World's Columbian Exposition in Chicago, the first major world's fair event in the U.S. At the time, it was thought that many of the same displays, materials, and elements could simply be recycled from the fair in Chicago and transported to the exposition that would be held the following year in San Francisco. It was hoped that this also would save money overall. However, train delays caused by rain and fog during the winter season in December 1893 and January 1894 meant that many of the expected displays, workers, and performers did not arrive on time as scheduled. Still, while the finishing touches were being completed on the large architectural elements, such as the Agricultural Building and the Mechanical and Liberal Arts Building, members of the local public began to show up in eager anticipation for the start of the fair. Officially, the exposition in Golden Gate Park opened to the worldwide public on January 27, 1894. It closed as planned several months later on July 4. During this time, it is estimated that 2.5 million visitors were in attendance.

Although much of the original architecture from the 1894 Midwinter International Exposition is no longer standing, the Music Concourse in Golden Gate Park is one of the architectural elements that does remain in the park today. Within the Music Concourse, Spreckels Temple of Music is beautifully maintained and remains in frequent use as a public venue.

The neo-classical bandshell and the surrounding landscape of the Music Concourse, which features historical statues and fountains, evokes the look and feel of the 1894 world's fair, as it served as the centerpiece of the "Grand Court" during the Midwinter International Exposition in Golden Gate Park.