The USS Potomac, known as the "Floating White House," was used as President Franklin D. Roosevelt's private presidential yacht from 1936 to 1945. The USS Potomac was originally built in 1934 to serve as a Coast Guard Cutter and was called the Electra. Two years later, it was commissioned as a Navy vessel and given the name the Potomac by FDR. After Roosevelt's death, the Potomac passed through the hands of many owners and was eventually impounded at Treasure Island. Finally, the Port of Oakland rescued the historic yacht, restored it, and opened it to the public in 1995. Since then, the USS Potomac has welcomed almost one million visitors, who have the opportunity to spend almost two hours cruising on the "Floating White House."

The USS Potomac Docked in Oakland 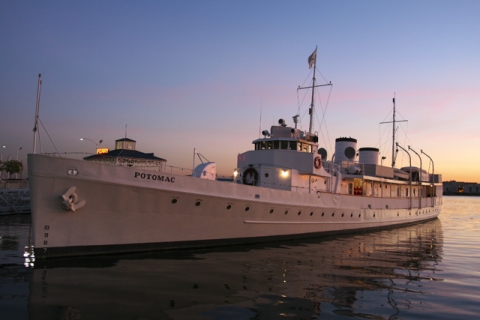 The USS Potomac During FDR's Presidency, 1938 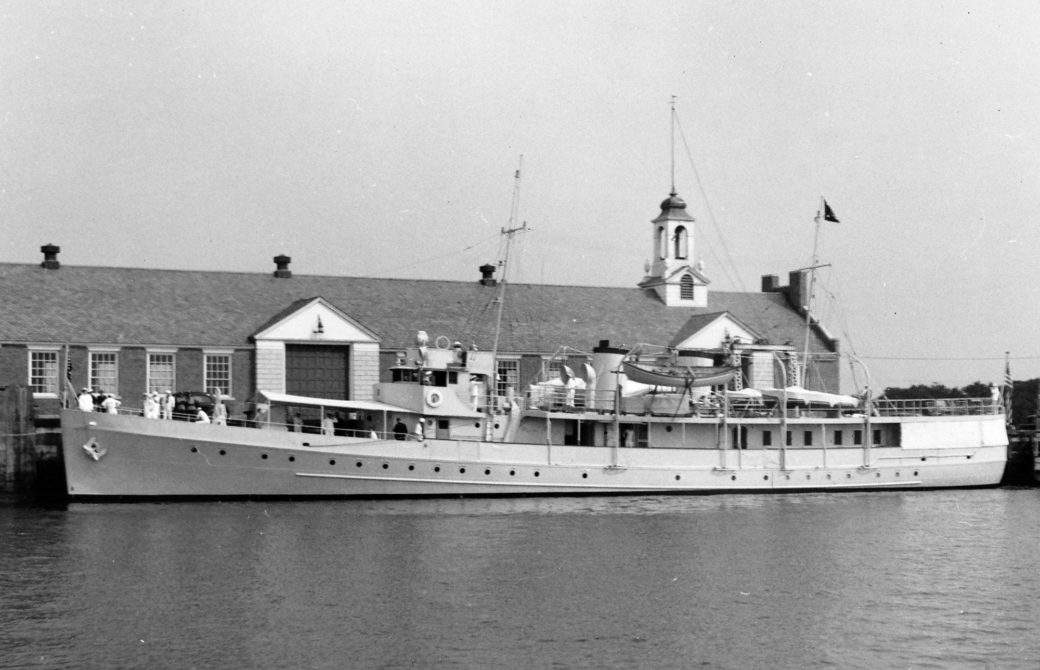 The USS Potomac with King George VI and Queen Elizabeth On Board with Franklin and Eleanor Roosevelt, June 9, 1939 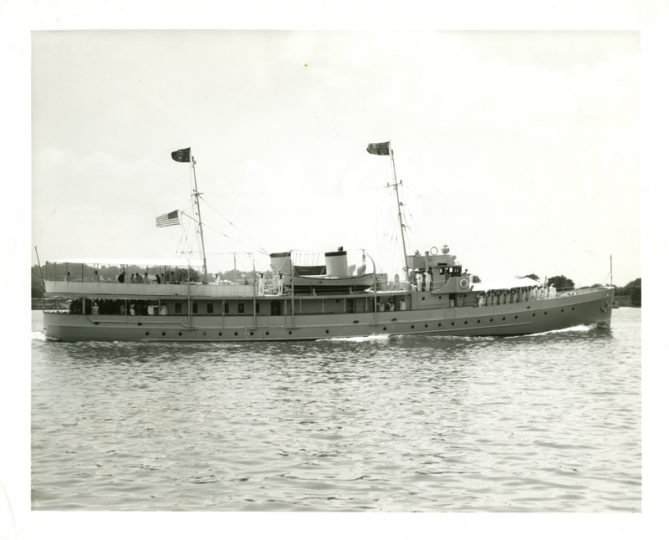 Franklin and Eleanor Roosevelt with Queen Elizabeth and King George VI on the USS Potomac, 1939 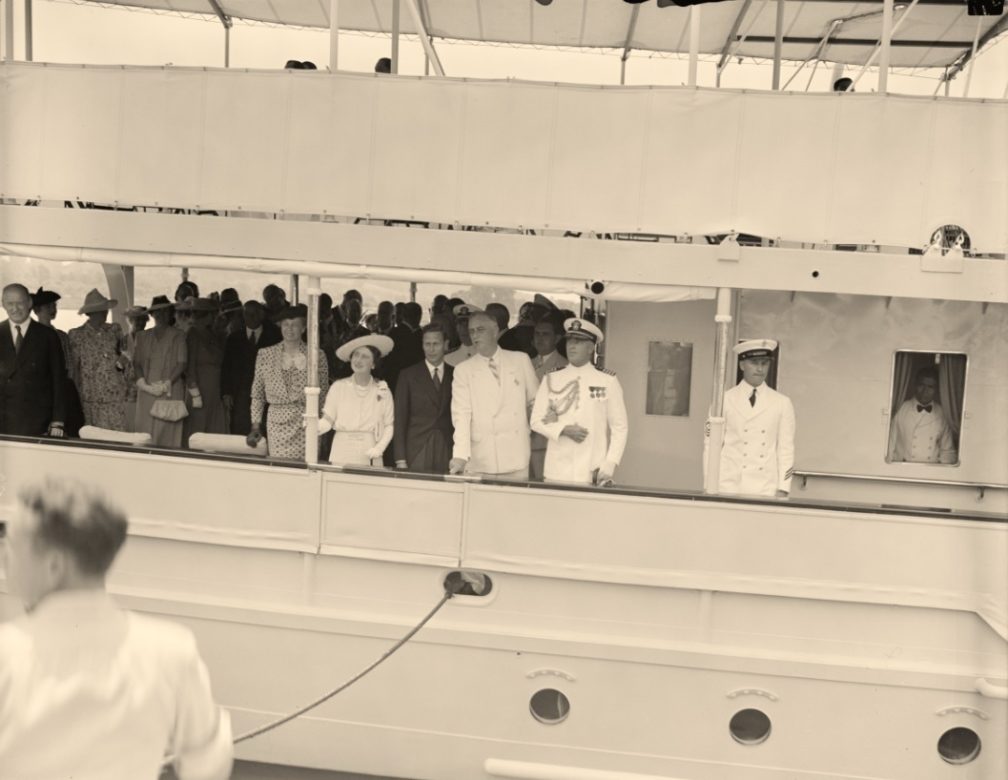 FDR's Berth on the USS Potomac 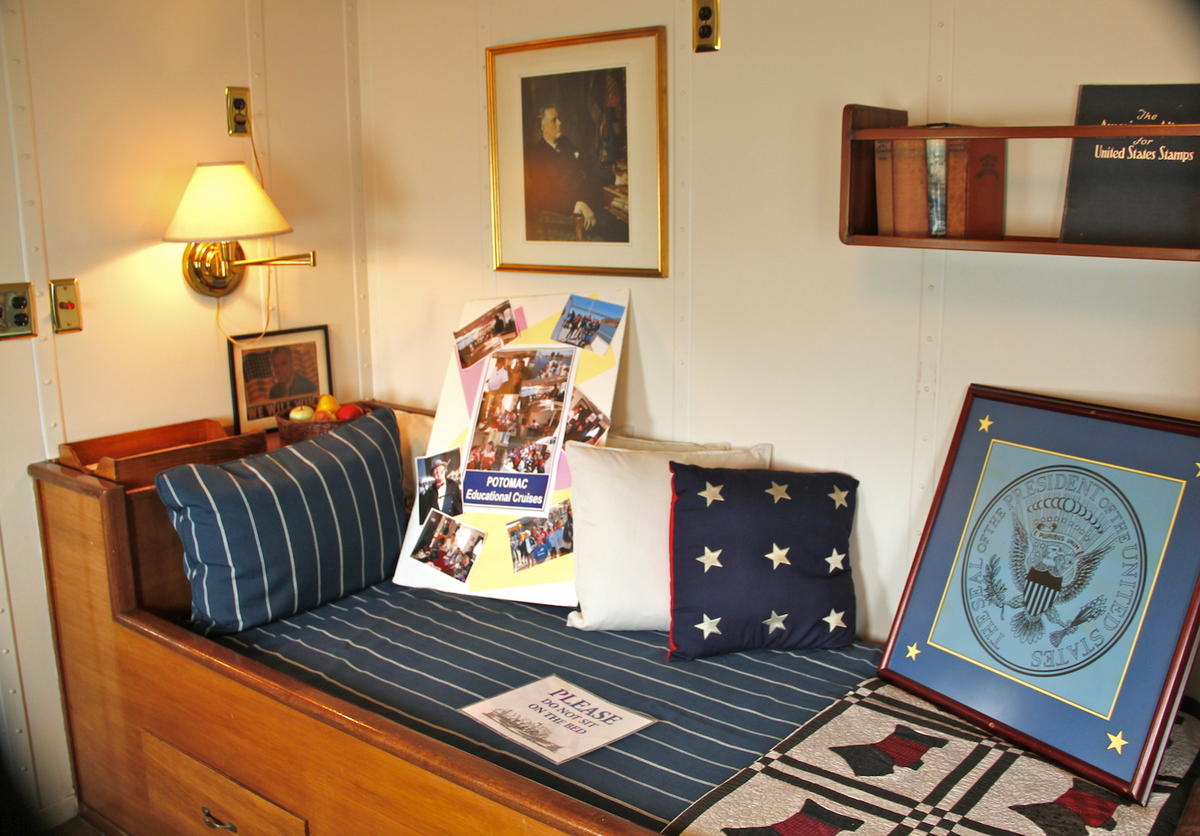 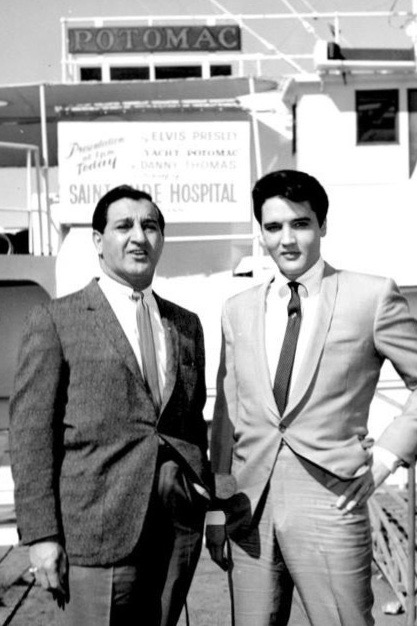 The yacht that would come to be known as the "Floating White House" was built in 1934 as a Coast Guard Cutter and given the name Electra. Two years later, the US Navy refitted the 165-foot vessel and commissioned it. President Franklin Roosevelt conferred with his naval aide Captain Wilson Brown to come up with a historically-inspired name for the new yacht and decided on the Potomac. Prior to the Potomac, Roosevelt had been using the Sequoia as his presidential yacht, but the Potomac was the preferred vessel because it was made of steel rather than wood and was less likely to catch on fire. In addition, it was larger than the Sequoia and could hold more presidential staff and Secret Service.

To make the presidential yacht handicap accessible for the president, an elevator was installed in the rear funnel so FDR could go back and forth from the main deck to the boat deck. The USS Potomac was used as more than just a private yacht to sail and relax, FDR even delivered one of his famous "fireside chats" from the Potomac in 1941. Every Sunday when the president was on board, a sea plane would bring anything that required the president's signature as well as newspapers and whatever FDR needed to stay updated on current events. When he was not working, the president spent time working on his stamp collection, fishing, and reading detective books.

The Potomac was also used for diplomatic purposes, such as when President and Mrs. Roosevelt hosted King George VI and Queen Elizabeth of Great Britain in June of 1939. The yacht carried the royals and presidential couple, as well as a large entourage, from Washington, D.C. to George Washington's Mount Vernon just down the river. In 1941, shortly before Pearl Harbor, FDR sailed on the Potomac to secretly meet with Winston Churchill and draft the Atlantic Charter. As the United States became embroiled in World War II, FDR had less and less time to spend on the Potomac, and the risk for German submarine attack also increased. After Roosevelt's death in April of 1945, the yacht was decommissioned. Harry Truman and his family used it just once in May of 1945.

After its decommission, the Potomac passed through the hands of different owners and was intended to serve as an attraction at the Seattle World's Fair in 1962. This, however, did not happen and the future of the historic vessel seemed destined for the scrap yard. Upon hearing this, Elvis Presley intervened and purchased the Potomac. On Valentine's Day 1964, Elvis deeded the Potomac over to St. Jude Children's Research Hospital in a large public event held in Long Beach, California. Yet the Potomac continued to pass from owner to owner and eventually sunk at Treasure Island, and shortly thereafter it was raised and sold by the U.S. Customs to the Port of Oakland.

The Port then authorized $400,000 to restore the ship to as it was during FDR's presidency. In 1983, the nonprofit Potomac Association named Franklin and Eleanor's oldest son, James, as its chairman and President Ronald Reagan issued a $2.5 million dollar grant to restore the Potomac. In 1990, the USS Potomac was designated a National Historic Landmark. Five years later, the Potomac was opened to visitors. Although much of what visitors see is a restoration and not the original furnishings, they relish cruising on the only presidential yacht open to the public docked in the Port of Oakland.