Built in 1873, Old St. Peter’s Church was one of the first churches constructed in Tacoma. Local residents constructed the building in only seven days at the urging and direction of the Right Reverend Benjamin Morris. In 1874, the church received a 965-pound bell from Philadelphia and workers converted a nearby tree into a makeshift bell tower to house the gift. The church has been serving the community since its founding, making this the oldest surviving building in Tacoma. 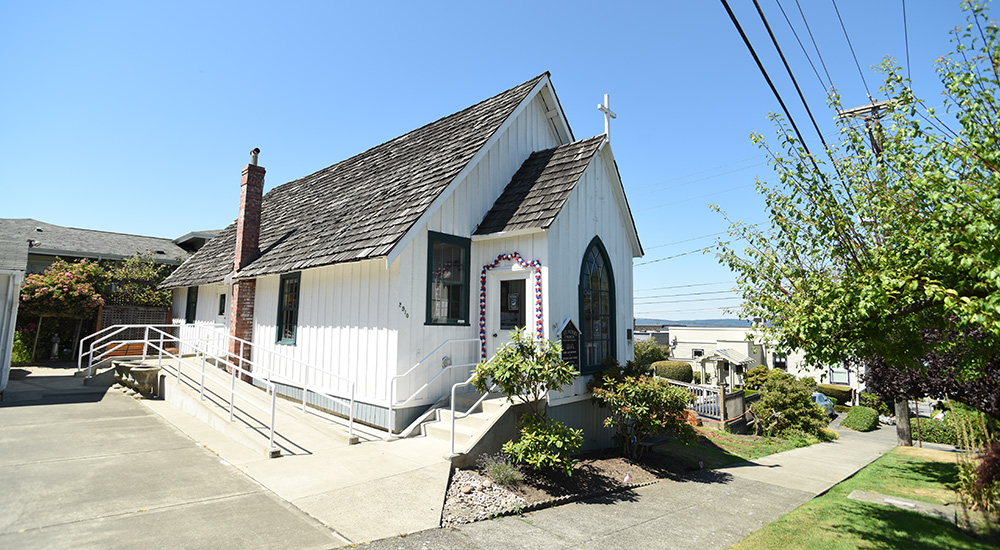 A view of St. Peter's with the ivy-covered bell tower 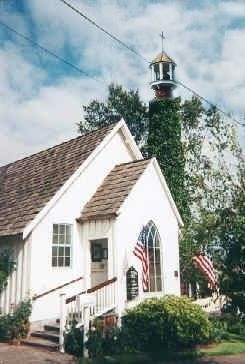 The interior of the church 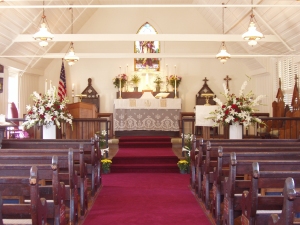 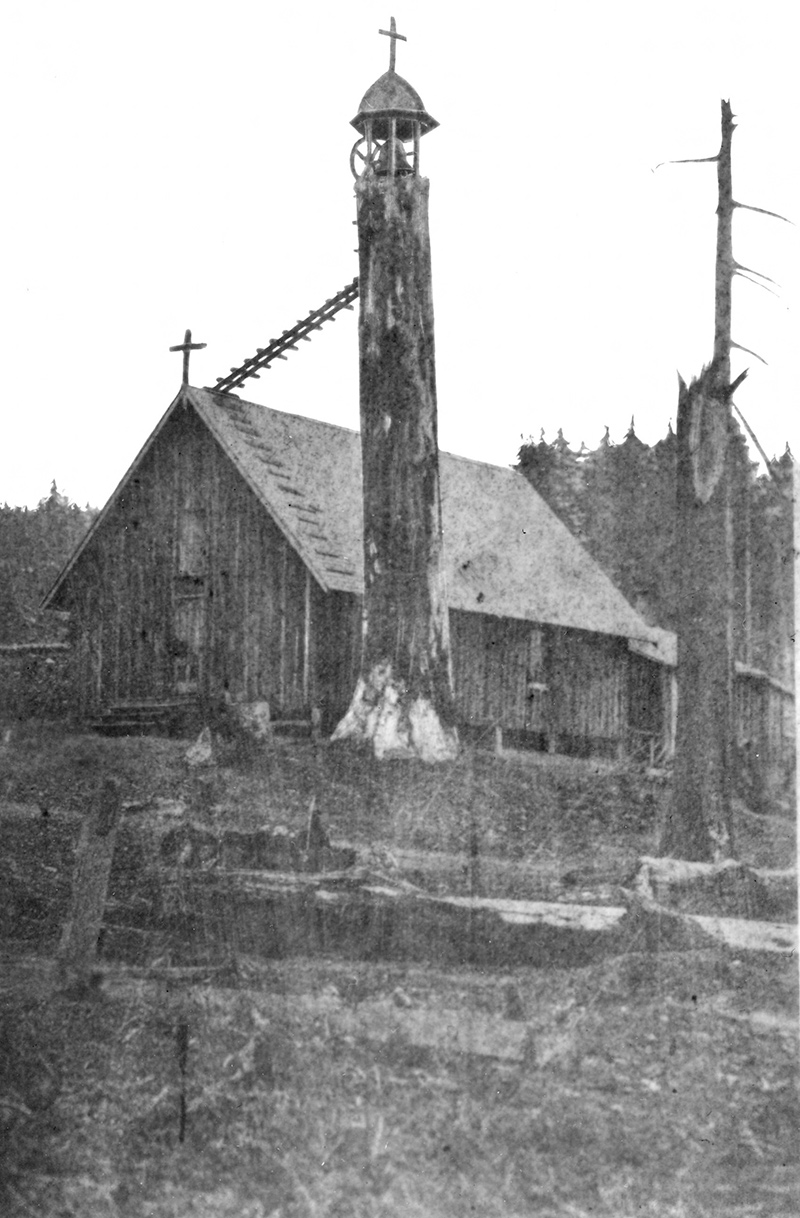 Another early photo of the church in 1874 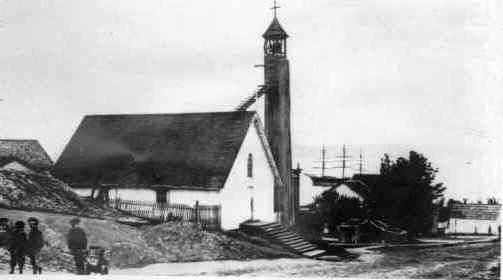 In the early 1870s, Tacoma was a just small village along Puget Sound. The village began to grow rapidly in 1873, when it was announced that Tacoma would mark the western end of the Northern Pacific Railroad. However, it lacked a number of important facilities, including a church—up to that point, religious services had been held in tents or the local schoolhouse. When the Right Reverend Benjamin Wister Morris, Protestant Episcopal Bishop of the Diocese of Oregon and Washington, visited the area in 1873, he urged residents to build a place of worship for the growing town.

The people of Tacoma heeded Morris’s call. In just one week they completed construction of St. Peter’s Church, which was built in the popular Carpenter Gothic style. It was a community effort, and the local Hanson and Ackerson Mill supplied the needed timber. A $120 organ was installed in the building, and the church quickly became a center of religious and community activity. Early services were usually led by laypeople or traveling clergy, often of different religious denominations.

In 1874, a year after St. Peter’s opened, it received a monumental gift—a 965 pound bell, donated by the Sunday school children of St. Peter’s Church in Philadelphia. The bell was a surprise, and the church did not have a belfry in which to house it. To remedy this, the top of a nearby tree was cut off, and the bell was hoisted to the top (local sailors accomplished this arduous feat by using the rigging from their ship). When its rings were examined, the tree was estimated to be over 300 years old, so the St. Peter’s belfry acquired the designation of being “The Oldest Bell Tower in America.”

The church has undergone a number of transformations since its founding. In its early years, local women planted ivy to decorate the church, and it quickly spread all over (and even inside) the building, remaining to this day. The original tree bell tower was struck down during a storm in 1935, and was replaced by a derrick that stood until 1956. Substantial renovations took place during the 1950s, and the church was paced on the National Register of Historic Places in 1974. It continues to serve the community in the 21st century, and is well-known in the area for being Tacoma’s oldest surviving building.

This driving tour will acquaint you with the numerous historic churches of Tacoma, their architects, and the various communities of people who established these houses of worship. It is an adaptation of a booklet previously published by Historic Tacoma.