Originally built in 1912, this two-story building included an open arcade with small shops on the ground floor, such as the Monroe Hardware Store. Offices and meeting rooms for the Chandler Chamber of Commerce were located upstairs. This building is best known as the Parkway Theatre, where Chandler residents watched movies from 1945 until 1979. 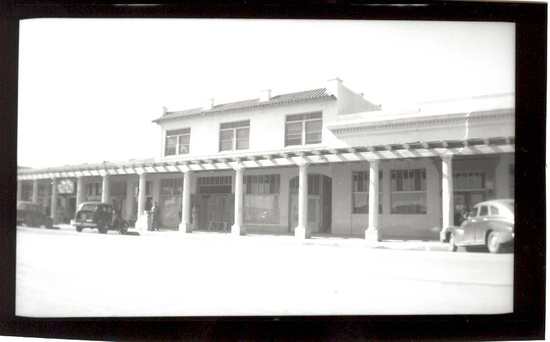 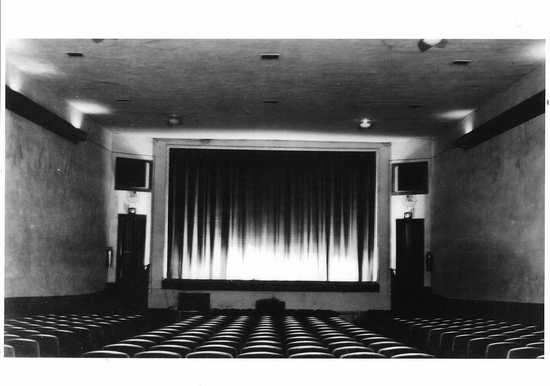 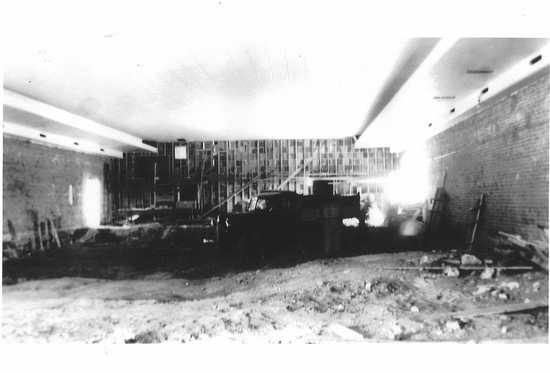 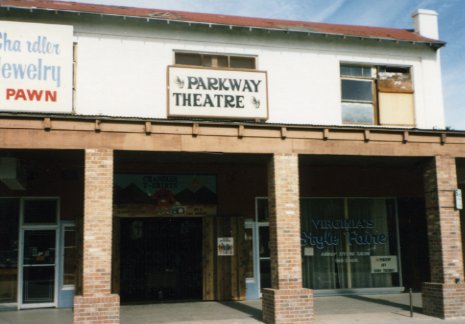 The two-story building at 28 South San Marcos Place, presently El Zocalo Mexican Grille, is the Monroe Building. It was originally built as a meeting hall for the Chandler Chamber of Commerce. The Chamber met upstairs and the lower floors were leased to stores. Merchant E.W. Monroe, after whom the building is named, leased the first floor for the Monroe Hardware Company, Chandler’s first hardware company. Use by the Chamber of Commerce was short-lived as, in 1915, the space was converted into Chandler’s first movie theater, where silent pictures were shown. In 1919, the second floor was converted into offices for Chandler’s first attorney Arthur E. Price, after whom Price Road is named. In 1925, Monroe Hardware vacated the bottom floor and the “Pay-N-Takit” grocery moved in. There’s a photo of the Pay-N-Takit counter on the fourth page of your guidebook. In its ads, Pay-N-Takit boasted of “Reputation, Quality and Price.” A bag of flour cost just 35 cents here in 1924. Pay-N-Takit was unique in that you would go in and tell a cashier behind the counter what you needed and he would get it for you. In 1929, Pay-N-Takit closed and Piggly-Wiggly moved in. During World War II, the Chandler Improvement Company turned the old Monroe building into a recreation center for servicemen. Then, as the war came to a close in 1945, Joe and Alice Woods, proprietors of the Rowena Theater on Boston Street (which we will see soon) bought the building from Dr. Chandler’s Improvement Company and applied to the federal government for additional supplies to build a second theater to support the huge number of GIs coming from Williams Air Force Base to see movies. It was approved, and the couple built the 740-seat Parkway Theater, one of the longtime staples of downtown Chandler. Alice Woods recalled, “After we built the Parkway Theater in 1945, it was a beautiful, elegant theater, and the guests at the San Marcos usually came to the movie on Tuesday and Thursday evenings. They came after dinner…and I remember my husband always reserved a row of seats in the back for these people. It was wonderful to see them because they dressed for dinner, the men in their tuxedos, the women with their beautiful gowns and their fur coats and their jewels.” General admission at the Parkway was just 42 cents in 1945—36 cents for a serviceman in uniform. In the late 40s or early 50s, the Parkway was the site of one of the first moves against segregation in Chandler. By custom at the time, whites would sit in one section of the theater and other races would sit in other sections. One day a group of minorities decided to sit in the white-only section and refused to move, thus bringing about a quiet end to segregation in Chandler’s theaters. Perhaps ironically, in its final 5 years of operation, the Parkway showed Spanish language movies that were popular among migrant workers. The Woods family closed the theater and sold the building in 1979.