This historic home was built during the 1830s when California had not yet become part of the United States. Throughout the centuries, the Galindo-Leigh House served as the home to many distinct residents, many of whom expanded or remodeled the home in ways that reflected their needs and architectural preferences. To view the various designs and additions over the decades is one way to explore Native American, Mexican, French and Victorian influences on house design and to consider how architectural change over time reflects the larger history of a community. Several significant historical figures have ties to people who once lived in the home, including Dr. Alexander Leigh who was a physician for Napoleon Bonaparte. 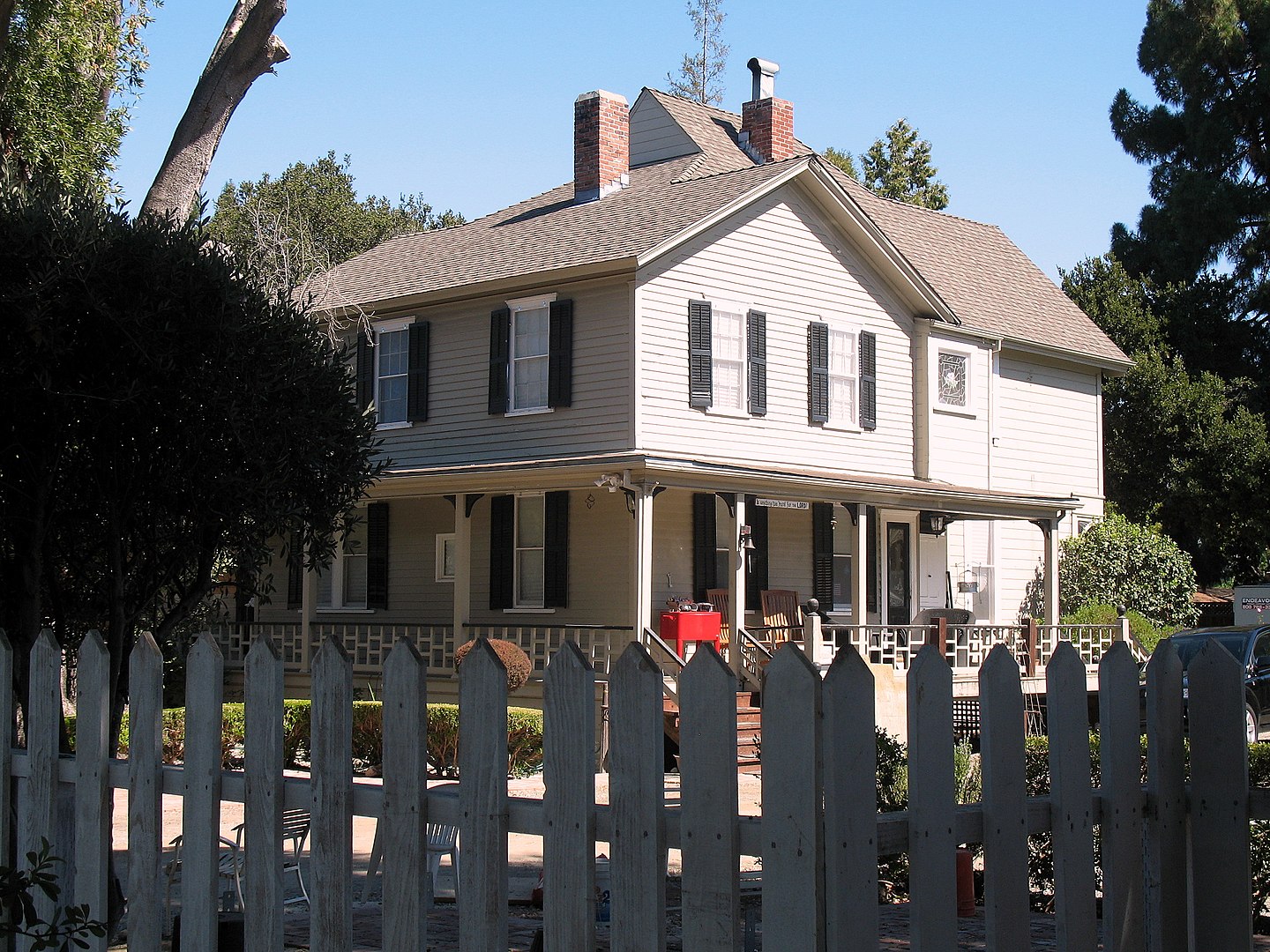 The home dates back to the 1830s when it functioned as a primitive board and batten cottage, part of Santa Clara Mission’s grazing land that existed prior to the U.S. - Mexico War. The home was deeded to Juan C. Galindo when Mexico ceded California to the United States in 1848. He went on to became the Major Domo of the Mission Santa Clara a decade later. In 1857, John D. Gueraz purchased it, followed by British aristocrat Delicia Leigh in 1874. Leigh's husband, Alexander, was a surgeon who once treated Napoleon. Each owner added to the house and put their stamp on the home's design so that it now offers a glimpse into California's immigration history, from Native American and Mexican to French and Victorian.

Juan Crisestabol Galindo's father arrived in San Francisco in 1776 as part of the Anza Expedition. (Juan Bautista de Anza, in 1775-76, led 240 men, women, and children, along with plenty of cattle and horse, on a historic journey to establish the first non-Native settlement at San Francisco Bay.) Galindo enjoyed a strong connection to the Mexican community and earned a reputation as a strong leader for his work involving the church and representing the Spanish Crown. He became Major Domo of the Mission Santa Clara and was even called upon to give testimony at the hearings on the potential sainthood of a priest (Father Magnin Catala).

Galindo raised a family of eleven children. As a result, the family had to expand the home, which he preferred over using the Major Domo's quarters at the Mission Santa Clara. The designs attached to the initial construction and improvements included both Mexican and Native American influence -- he hired workers from the Ohlone Nation to perform the home's expansion.

The improvements made by John D. Gueraz, the second owner of the home, included a much more elegant approach. Drawing on his time in Louisiana, he decorated and updated the house using influence from the Louisiana French and Swiss. The updates were extensive enough to make it appealing to the home's next owner, Delicia Leigh, a member of British aristocracy. Delicia's husband was a physician, Dr. Alexander Leigh, and served as Surgeon of the Sixtieth Rifles of the Queen's Army for many years. Dr. Leigh also once tended to the medical needs of Napoleon Bonaparte.

The additions and ornate details added to the house during the Leigh residency speak to their British traditions and heritage. They also added a private tennis court towards the end of the nineteenth century and a carriage house with a second-story dance floor used during parties. Indeed, while the Leigh family resided in the home, the residence served as the center of social life for politicians, entrepreneurs, and "elites." So highly regarded, Leigh's neighbors petitioned the county to rename a newly constructed road in front of the house as Leigh Avenue.

Careful restoration has allowed the home to retain pieces of each chapter of the home's life. To see the house is to see a portion of California's past that involved, through architectural choices, Native Americans, Spanish. As well, the home serves as a point of intersection for histories involving Mexican explorers, Westward expansionism, and even famous military leaders like Napoleon.