Constructed in 1878, this Italianate house originally served as home to Lyman Ross and his son, Oscar D Ross. The Ross family became successful fruit dealers in the years following the Gold Rush, an era that saw the region's economy bolstered by fruit production thanks in part to reduced shipping costs via the region's growing rail networks. While the goldfields provided only a temporary spark, the fruit industry provided a more lasting source of economic growth for entrepreneurs seeking their fortune. After the Ross family sold the home, local surgeon William E. Keith became the home's lengthiest occupant. Keith and his wife lived in the home from 1900 to 1931. Today, the home functions as a drop-in center providing assistance for young, homeless persons. 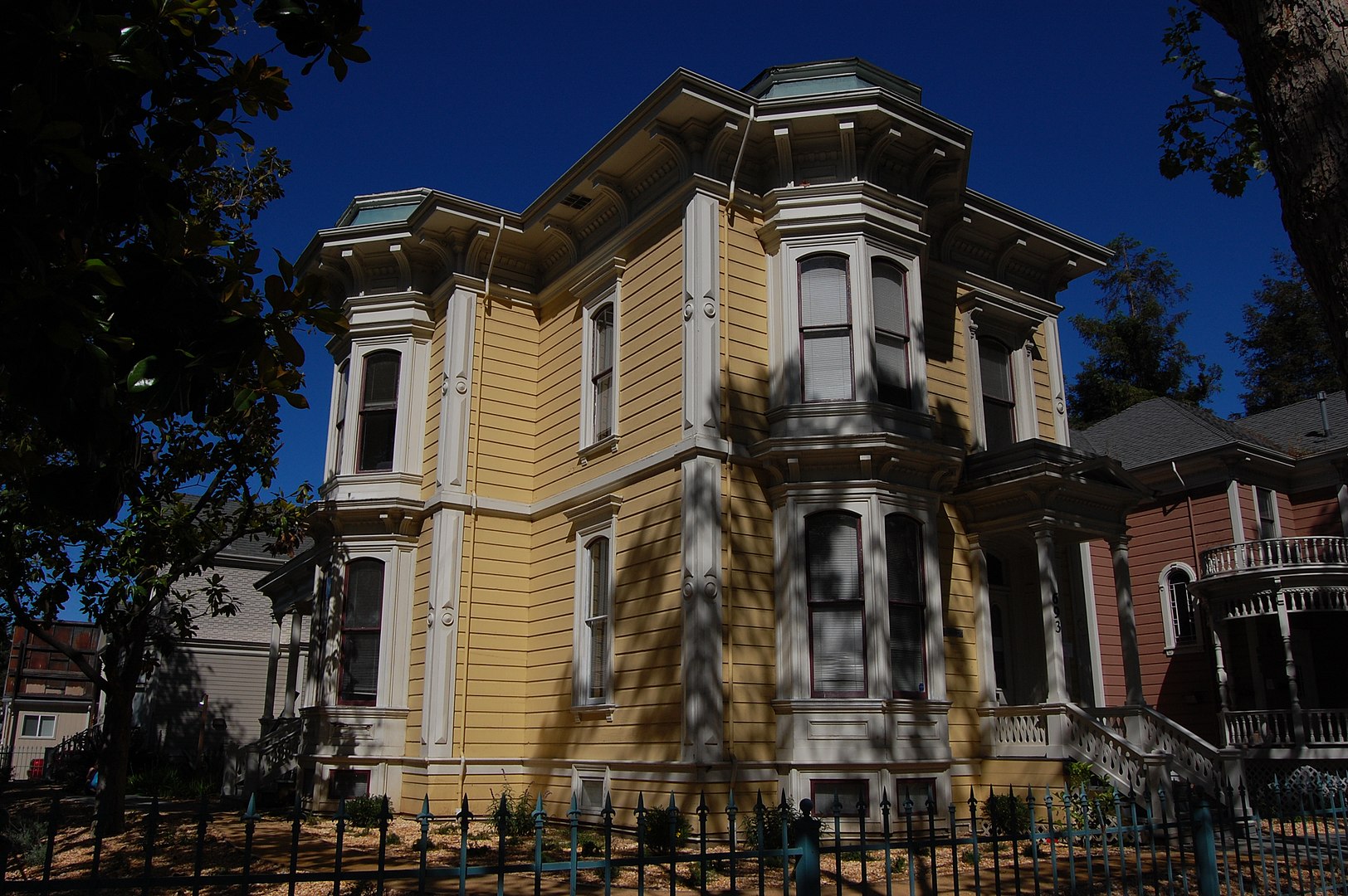 The Ross House, constructed in 1878, stands as one of downtown San Jose's best examples of the Italianate style of home architecture. The home serves as a reminder of the significance of fruit as a commodity during the turn of the century in California. Lyman Ross and his son, Oscar D Ross, both worked as fruit dealers. They occupied the home after its completion in 1878, and remained there until 1889. The elaborate nature and size of the house speaks to the success of the fruit industry in the Bay Area during the late nineteenth and early twentieth century.

One characteristic of the Bay Area Gold Rush of the 1850s involved an influx of people from parts of the U.S. and international locations, especially China and Mexico. In the years after the gold rush gave way to commercialized operations, Mexicans and the Chinese transformed the wheat fields and cattle ranches of Santa Clara Valley into one of the world's most abundant fruit- and vegetable- production regions. Chinese immigrants were also integral in building the western portion of the Trans-Continental Railroad. However, despite their know-how and hard work, immigrants and Americans of Chinese descent were not afforded the same rights or social mobility afforded to their white counterparts.

California's natural rainfall rarely provided enough water to sustain fruit production, so irrigation in the form of canals and reservoirs changed the environmental landscape of the region. The transformation rarely came cheap, either in terms of the financial cost to build canals or the toll upon immigrant laborers. It also required legislation to divert water towards farmland that was not naturally suited for large-scale fruit production without first providing for irrigation. As a result, those who came to grow fruit in California did so with investors and political connections and were rarely "mom and pop" farmers.

The Ross family were only minor players in this massive industry. They worked in the fruit industry but did not own an orchard, and worked for but were not the wealthy entrepreneurs. As a result, this sizable house demonstrates how managers who worked for the entrepreneurs participated in the same upper-middle class mobility that has come to define Silicon Valley today.

Architecturally, the structure is visually unique for its combination of Italianate and Second Empire stylistic elements, exemplified in the mansard rooftops, which sits over the two-story bays at all four elevations. Other notable Italianate features include round-headed windows, ornamental curved brackets, and wide corner boards. The large lot on which the house sits includes elaborate, mature vegetation as well as a barn and a gazebo.

The house then changed hands several times until 1900 when William E. Keith, a local surgeon and his wife, purchased the estate. The couple lived in the home until 1931, and then numerous owners again took possession of the house for a short time, including the Volunteers of America Hospitality.

In 1949, the home was converted into apartments, but today functions as a home for homeless youth ages 13 to 25. Today, an interstate highway is only feet away from the historic home which has both diminished and increased its economic value to would-be buyers. In many ways, the home demonstrates both continuity and change in the Bay Area, from gold to fruit to cars and computers, the region was still dominated by commodification. While some like the Ross family were able to form connections to investors and join the middle class, others like the young people who come to this home for assistance continue to face difficult conditions.

Dowsett, Charles Finch. A Start in Life: A Journey across America; Fruit Farming in California. London: Dowsett & Co., 1891. Located digitally (PDF) through the Library of Congress at https://cdn.loc.gov/service/gdc/lhbtn/14340/14340.pdf

Takaki, Ronald. A Different Mirror: A History of Multicultural America. New York: Back Back Books, Little Brown and Company, 2008.