Erected in 1927 in Kenduskeag Stream Park, this statue commemorates the life of Maine resident Hannibal Hamlin who served as Abraham Lincoln's Vice President. Hamlin began his political career in the Maine House of Representatives before being elected to first the House of Representatives in Washington D.C. and then the Senate. In the Senate, Hamlin changed to the Republican Party and was put on the 1860 ballot for Vice President alongside Abraham Lincoln. Hamlin eventually returned to Bangor, Maine, after a long political career, where he died in 1891. The statue is accompanied by a historical marker.

Photograph of the Hannibal Hamlin Statue. 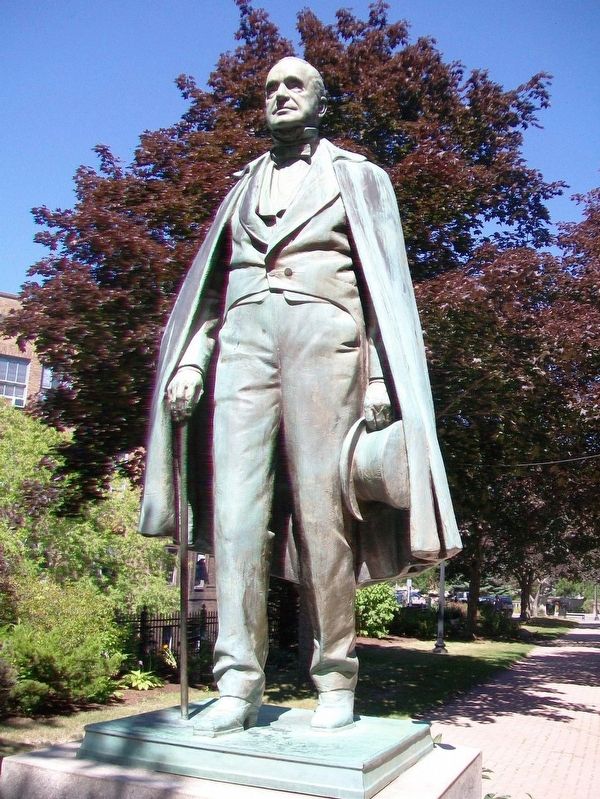 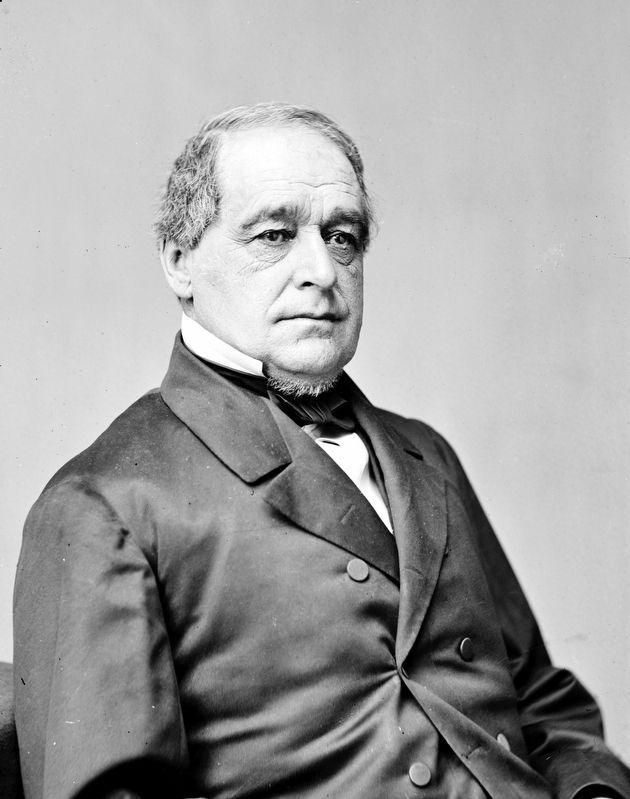 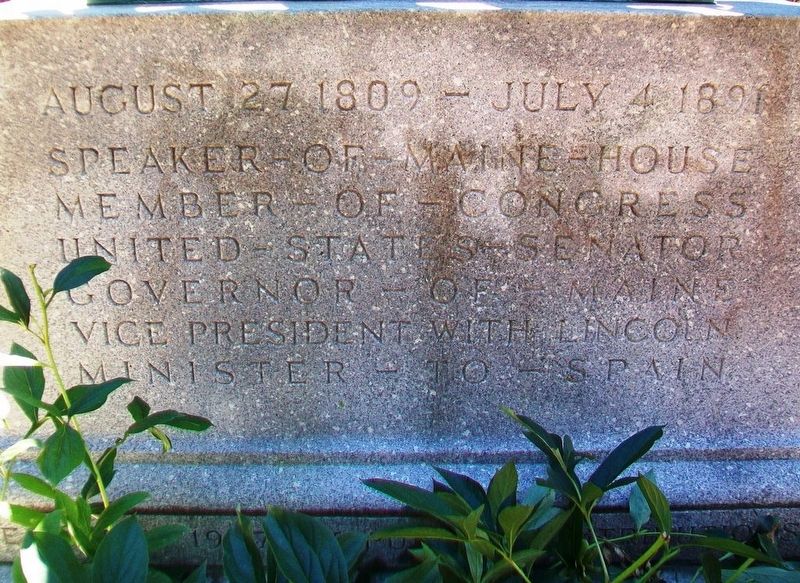 Hannibal Hamlin (1809-1891) was the 15th Vice President of the United States under President Abraham Lincoln, but his political career did not begin with his vice presidency. Hamlin first attained admission to the Maine bar in 1833 and began a political career two years later when he first served in the Maine House of Representatives from 1836 to 1840 as a Jacksonian Democrat. In 1842, he was elected to the House of Representatives, where he served for five years, and then the Senate in 1848. After he became Senator, he left the Democratic Party in 1856. He took an antislavery position and did not like that the Democratic Party supported the Kansas-Nebraska Act in 1854. He also opposed the Democratic Party's support of slavery. Hamlin was also elected as Maine's first Republican governor in 1856; however, he resigned in 1857 to go back to the Senate.

In 1860, Hamlin was put on the ballot as the Republican Party's vice president candidate with Abraham Lincoln. Hamlin complemented Lincoln well because he was from the Northeast, whereas Lincoln was from Illinois. Hamlin did not want to be nominated for the position, but he decided to follow it through to be loyal to his political party and to the abolition of slavery in the United States. As Vice President, however, Lincoln did not use Hamlin often for support, and Hamlin, for the first time in his political career, was not representing people from Maine. In the 1864 election, Hamlin was not up for re-election and was instead replaced with Southerner Andrew Johnson.

After his term as Vice President, Hamlin was a port collector in Boston and served as president of a railroad company. Despite leaving government for a short time, Hamlin went back and served as a Senator from 1869 to 1881. He then became Minister to Spain in 1881. He returned from Spain in 1882 and returned to his home in Bangor, Maine.

Image by William Fischer from the Historical Marker Database.

Image courtesy of Library of Congress.

Image by William Fischer from the Historical Marker Database.