This large home is the historic Nehemiah P. Clarke House, which was built in 1893 by prominent local lumberman and banker Nehemiah P. Clarke. It is a beautiful example of Queen Anne architecture, featuring a red-brick facade, an octagonal corner tower, and a front veranda with a carriage porch (originally, this allowed people to get out of carriages and not touch the ground). Other features include stained glass windows, elaborate interior woodwork, and four fireplaces, only one of which still works. The house, which was added to the National Register of Historic Places in 1982, is a private home but can be admired from the street.

The Nehemiah P. Clarke House is a fine example of Queen Anne architecture and was built in 1893. 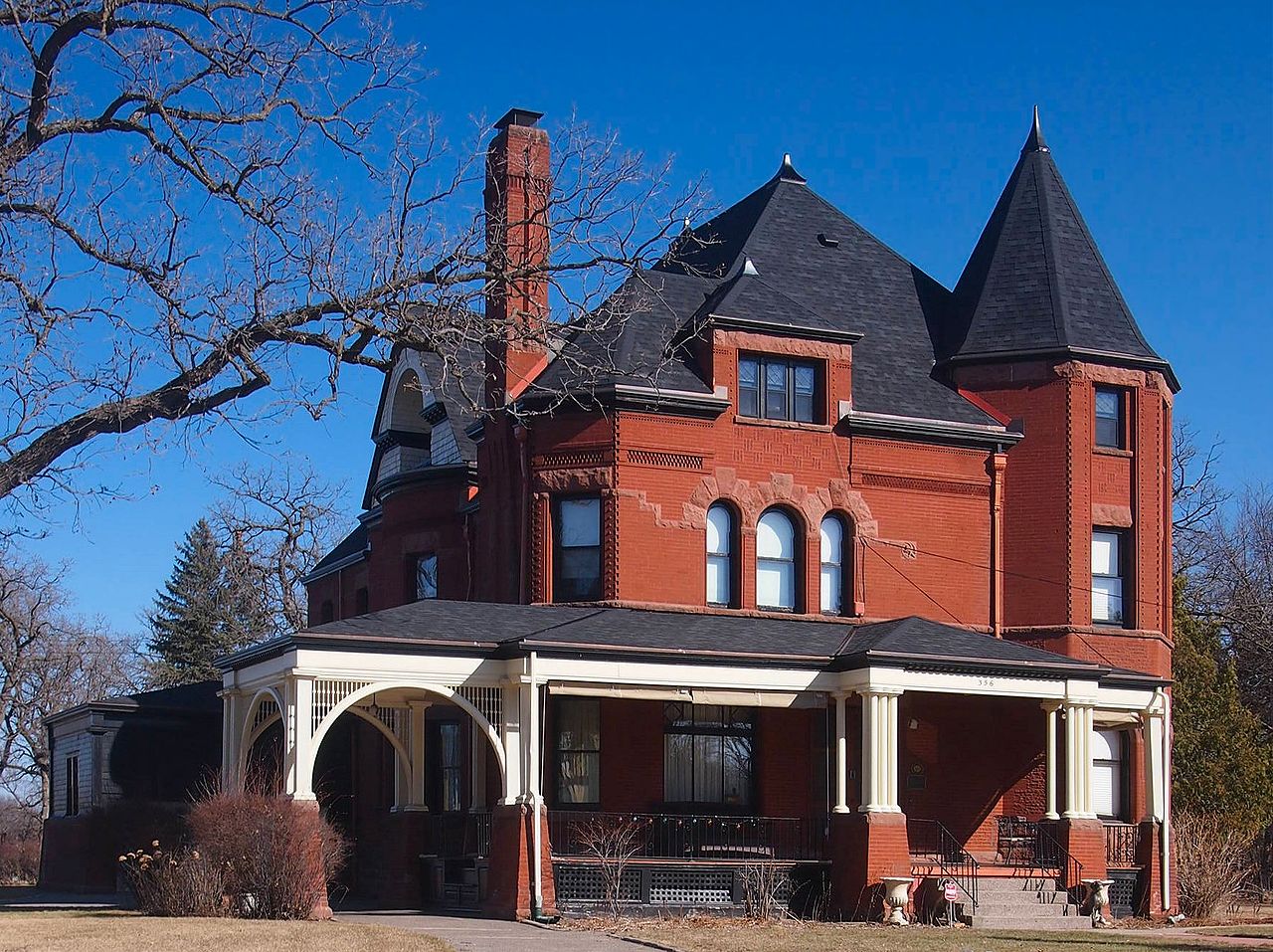 Nehemiah Clark came to St. Cloud in 1856 and opened the town's first general store. He got into the lumber industry after the Civil War, specifically focusing on the processing of trees for shipment. He became quite successful and in the 1870s and 1880s was one of the leading lumbermen in Minnesota. During these years, Clarke also worked as a corporate director for a number of railroads and also co-founded a bank in 1891, which operated until 1895. In addition to his business interests, Clarke also became interested in raising livestock including pure bred cattle, hogs, sheep, and Clydesdale horses. Two of his horses, named Prince Patrick and Queen Lily, won the world championship prize at the Chicago World's Fair in 1893.

Minneapolis architect Charles S. Sedgwick designed the house for Clarke and construction cost $30,000, which was a princely sum for the time. The house soon became the talk of the town, with stories about parties, dances, and other events written in the newspapers. The third floor, which was originally a ballroom, was converted into apartments in 1950. Later owners converted the second floor into apartments as well. The house now has eight bedrooms, seven bathrooms, and three suites.