The historic Colonial Revival-styled Ruggles Baptist Church was originally built in 1914 by Ralph Adams Cram. However, the Ruggles Baptist Church only acquired the building in 1970. The Church was named after its original location at 159 Ruggles Street, was moved due to the changing demographic of its surrounding neighborhood of Roxbury. It now resides at 874 Beacon Street, where it provides Sunday worship, community groups, and sermons.

Timothy Ruggles (October 20, 1711- August 4, 1795) the American colonial military leader during the Revolutionary War that the street of the original Ruggles Baptist Church was named after. 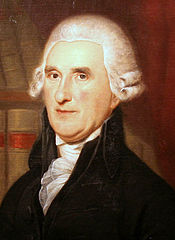 Inside the Ruggles Baptist Church 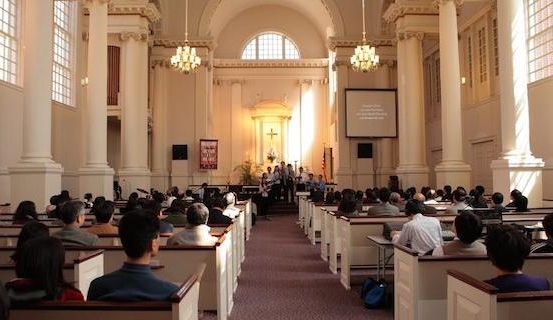 Exterior of the Ruggles Baptist Church 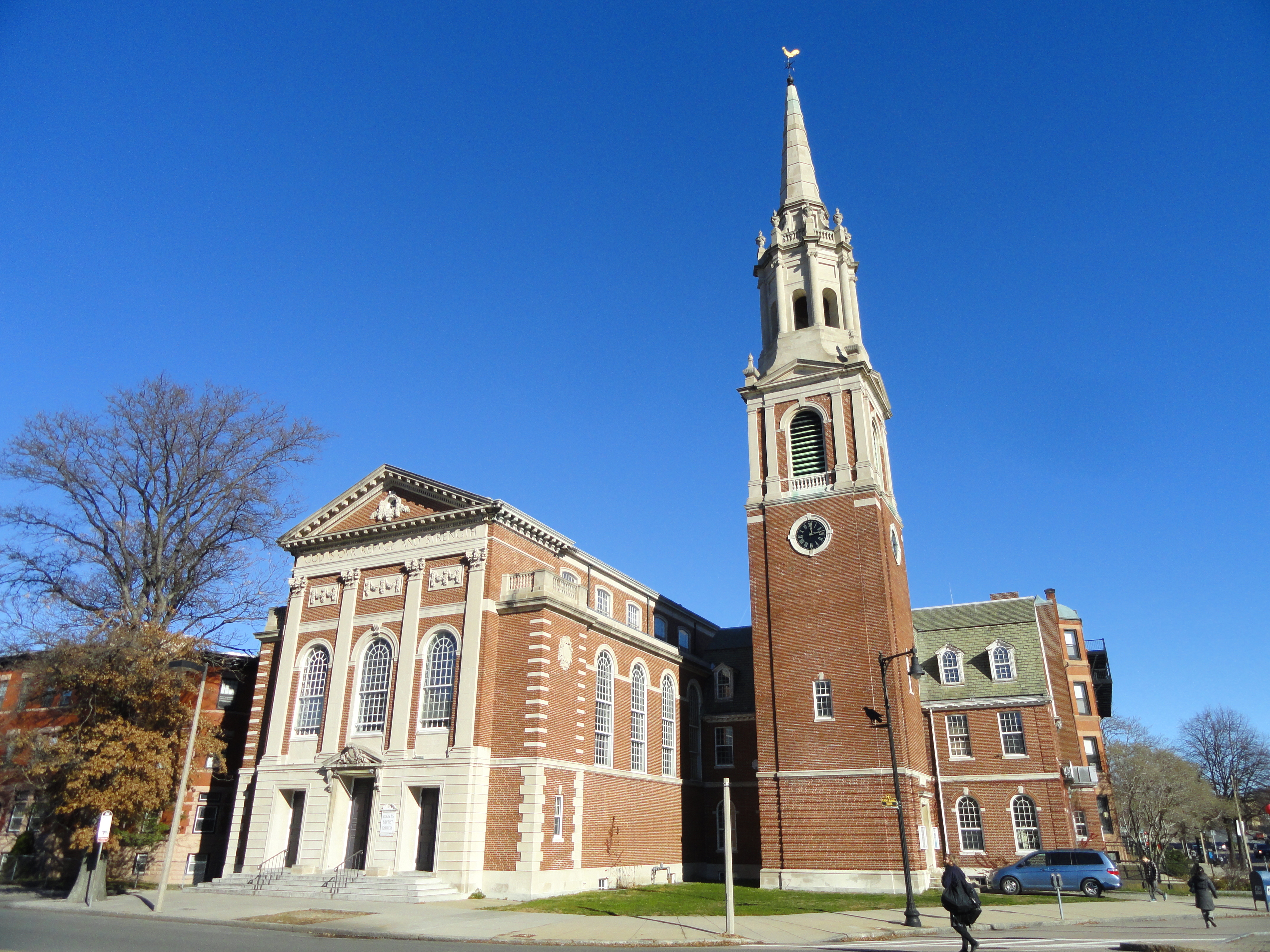 75th Anniversary at the original location of the Ruggles Baptist Church

Original Ruggles Baptist Church before its location to 874 Beacon Street 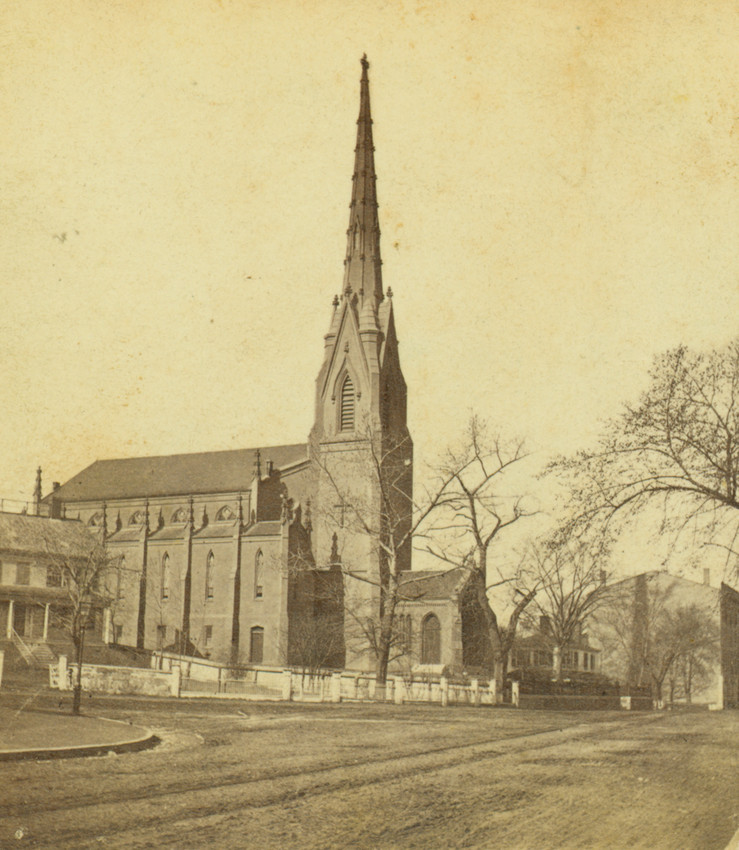 The historic church building was constructed in 1914 and designed by Ralph Adams Cram, a well-established Boston native who specialized in Collegiate Gothic style, which is characterized by tracery windows, buttresses, and a tower or spire. Cram sought to incorporate spiritual values within his designs of buildings. He insisted on designing educational buildings as Gothic, and was influential in establishing the Gothic style as the standard for US universities and colleges.

In contrast to his other work, Cram's design for the Ruggles Baptist Church was influenced by the Colonial Revival style, which was based on American colonial architecture popular around the period of the Revolutionary War. It includes characteristics such as having two stories, a ridge pole running parallel to the street, a symmetrical front façade, and an accented doorway with evenly spaced windows on either side of it. The 1914 building was initially built for the Second Church in Boston. After its congregation merged with the First Church in Boston in 1970, the building was acquired by the Ruggles Baptist Church. In 2010 it was listed in the National Register of Historic Places - the US federal government’s list of districts, sites, buildings, structures, and objects deemed worthy of preservation due to their historical significance.

The church's original congregation was organized in 1870 from two mission Sunday Schools in Roxbury. It was then formally incorporated into the American Baptist Church in 1878 and was named its original location, 159 Ruggles Street, which was so titled in honor of a revolutionary war hero, Timothy Ruggles. The church had a positive influence on the neighborhood, as shown by a 1915 article in the Boston Globe noting the Church’s numerous charitable events. The Globe reported that, along with its Sunday service, the church also offered an employee bureau, free lunch for the unemployed, grocery and clothing departments, a free dispensary with three doctors, and the free distribution of milk for babies from low-income families. In addition, the church founded the Boston Baptist Hospital in 1893, which later became the New England Baptist Hospital.

A prominent member and benefactor of the church was Daniel Sharp Ford (1822-1899), a wealthy publisher of the Baptist weekly newspaper, The Christian Watchman and Reflector, and The Youth’s Companion magazine. He was also the founder of the Boston Baptist Social Union and contributed a generous $1.25 million bequest to the Ruggles Baptist Church. Ford increased the church’s fame by funding a European tour for its male quartet.

Despite the destruction of the original church building in a 1925 fire, the rebuilt church continued to thrive at its original location throughout the 1930s, welcoming a demographic of lower and middle income families and hosted more than 1,200 visitors a week at its Sunday School. In fact, the church building had to be remodeled twice to accommodate the growing congregation. At its 70th anniversary in 1940, its congregation exceeded 1,100 members.

In later years its congregation suffered a steady decline due to the changing demographic of Roxbury. Families began to move to the suburbs, causing an ethnic and economic shift. Buildings were abandoned and crime increased, and by the late 1950s the surrounding area of the church was slated for urban renewal. In addition, plans (which would later be abandoned) were underway for the construction of the Southeast Expressway, a highway that would run directly through the church office building.

By 1960, most of the congregation commuted to the church from the suburbs. In 1970 the church responded by initiating a search for a new site that would me the three requirements of the Boston Baptist convention - it was to be located in Boston proper, it was to serve a congregation made up of “working people,” and it was not to be near another Baptist church. Its current location at 874 Beacon Street was found to meet these requirements.