Built in 1891, the Michael Majerus House is historically significant as the best example of the French Second Empire architectural style in St. Cloud. Its namesake, Michael Majerus, built it as a second home. Three-stories tall, the house features a red-brick exterior wall, stone decoration (such as scrolls, cherubs, and rosettes), arched and circular windows, a wrought-iron balcony, a mansard roof, and, most notably, a tower that reaches a heigh of five stories. Inside, the house features elaborate woodwork, the original electric chandelier, and fireplaces in the parlor and living room with ornate mantels.

The Michael Majerus House was erected in 1891 and is the finest example of the French Second Empire style in St. Cloud. 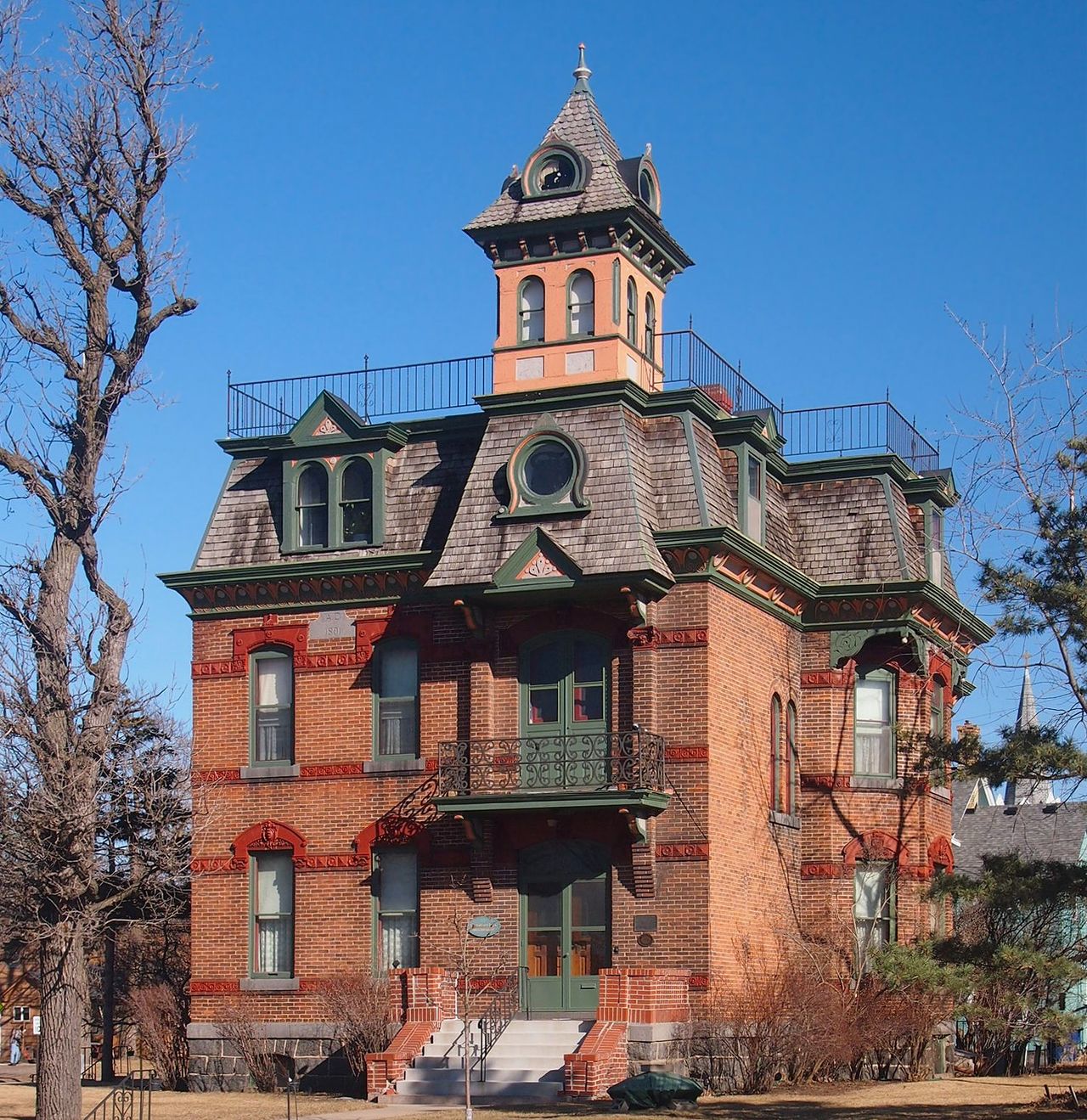 Architect Theodore Kevenhoerster designed the house, which is among the oldest in the neighborhood. Construction cost nearly $5,000, which was a large sum at the time. The house is also notable for the fact that it was designed in the French Second Empire style, which was less popular in the late 19th century and usually associated with the period after the Civil War. Instead, the Queen Anne and Richardsonian Romanesque styles were in vogue when the house was built. It is speculated that Majerus, who was German, chose the French Second Empire because the style was still popular with German Americans. The house has had few owners over the years, who, fortunately have maintained it. It was added to the National Register of Historic Places in 1978.