Outside of Nelsonville, New Straitsville is the oldest of the Little Cities of Black Diamonds. As with many LCBD communities, New Straitsville was founded in large part due to its close proximity to natural resources, especially coal. Coal would play an important role in shaping the town's colorful history and identity. As a result of being the second-oldest town in the LCBD microregion, New Straitsville would help change America's relationship with labor. 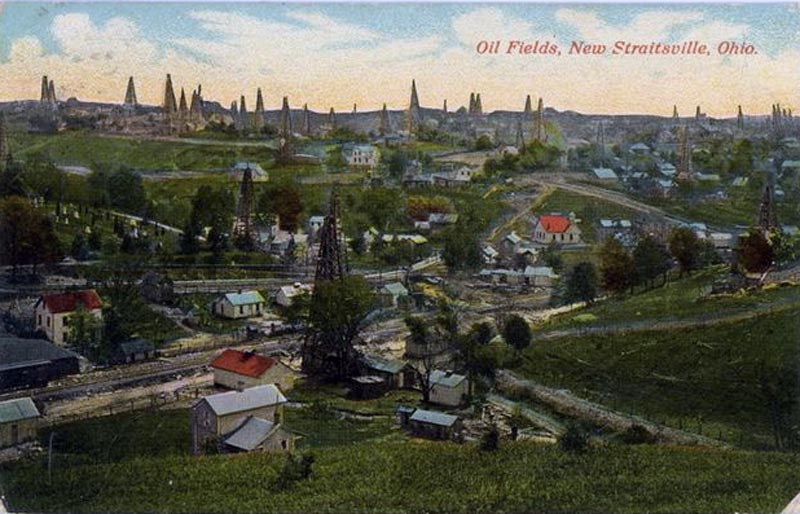 Downtown New Straitsville in the 1950s 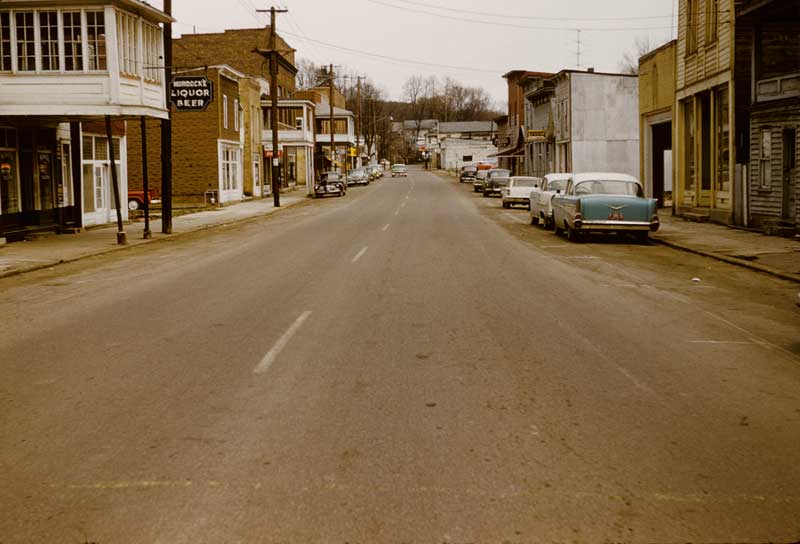 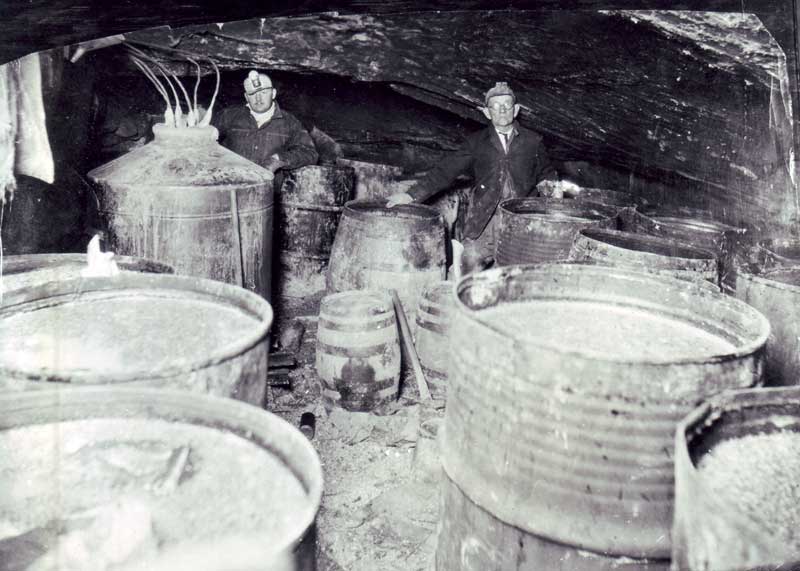 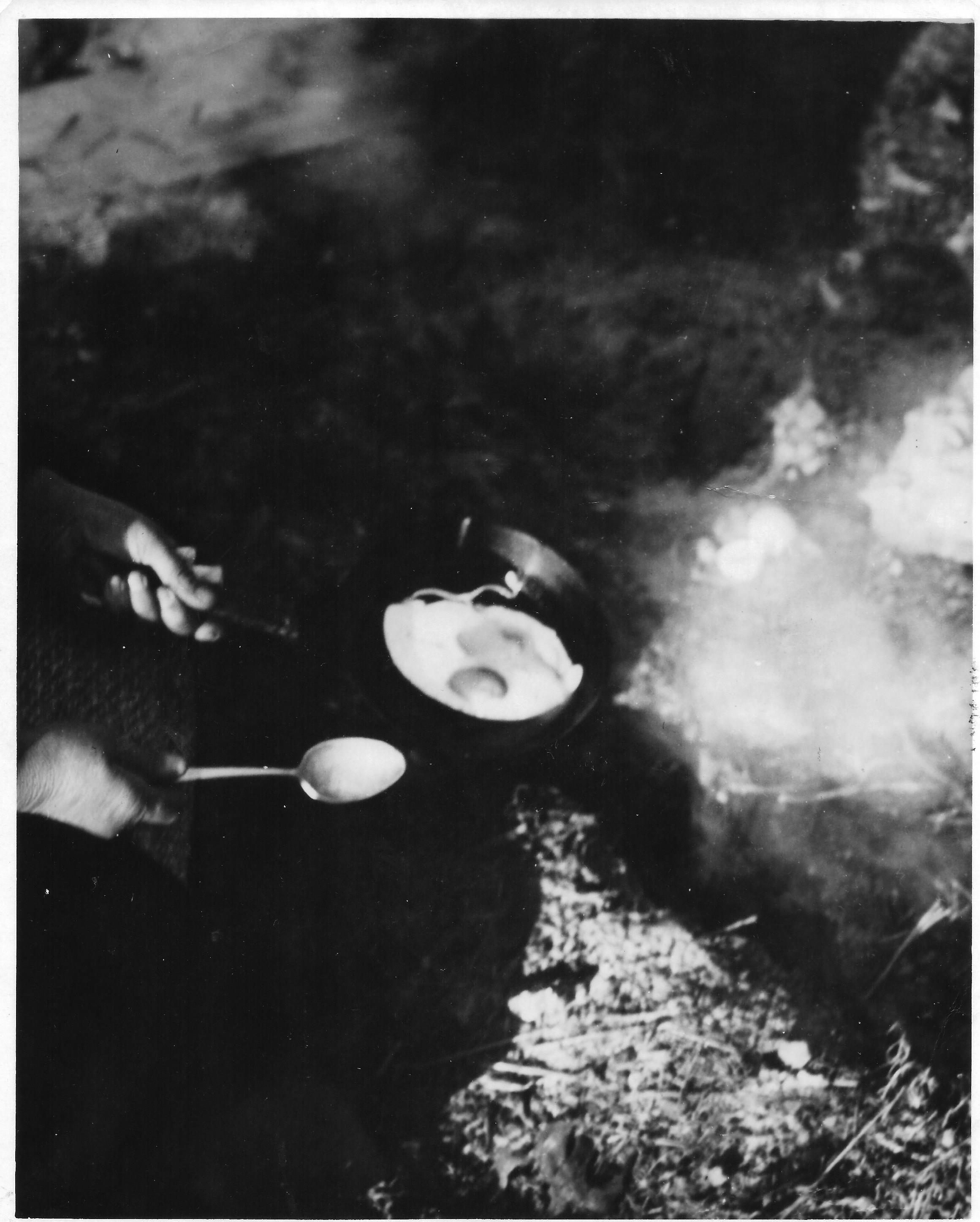 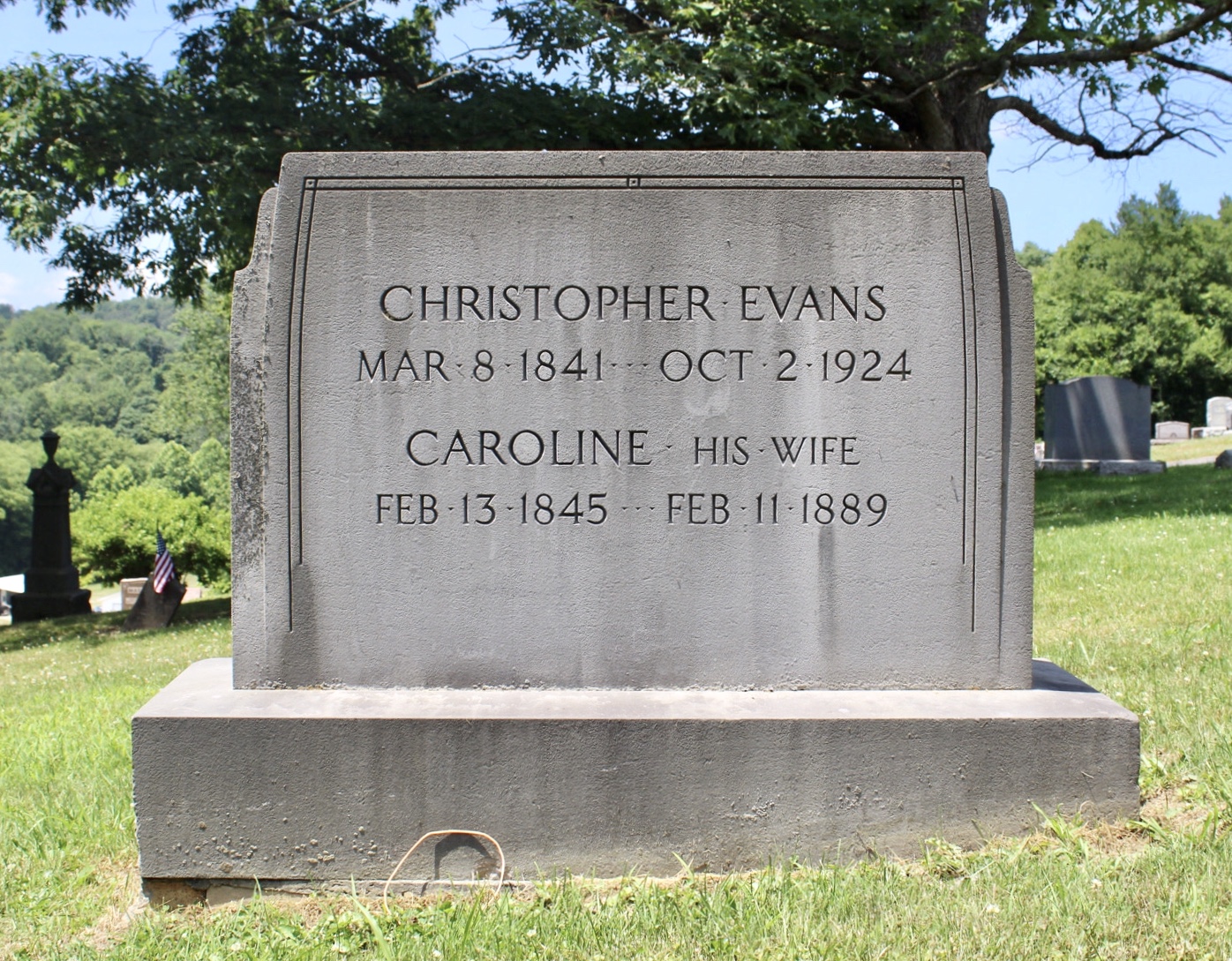 New Straitsville was founded in 1870 for only one reason: coal. With an accessible vein of coal 14 feet tall in some spots, New Straitsville was destined to be a mining hub for the region. It was also one of the fastest growing towns: within only a year of its founding it had a population over 1,000, with another 7,000 arriving the next year. Being the first boom town in the region its population was composed primarily of American miners who moved in from around the state and country, rather than the diverse immigrant population seen in many other boom towns. It was also the location of the labor movement’s first actions, as Christopher Evans helped found the Knights of Labor here, and later the United Mine Workers union formed in New Straitsville as well. Much like many of the other towns in the region, New Straitsville saw success as a mining town, but opened up oil fields in the 1900s to help sustain the depleting and increasingly inaccessible supply of coal. In the 1920s, the mines closed and the jobs moved with them, touching off the town’s decline.

Nothing fueled New Straitsville’s growth more than the coal: it sat on one of the thickest veins of coal in the region. Since there was only one company to operate it, the mine had little competition. However, it never became a company town as the initial investors allowed future residents to buy the property plots. This helped draw in miners to work in the town, especially those who had been working for years and were looking for more rights.

The town quickly became the center point of labor organizing in the Hocking Valley Coal Fields with the arrival of Knights of Labor union organizer Chris Evans in 1875. New Straitsville literally became a hotbed in the 1884-85 Hocking Valley Coal Strike as miners allegedly set underground mine fires in protest. The arrival of Pinkerton Guards during the strike also brought violence. Following the strike a four-year battle between two national organizations that competed to represent the coal miners in this nation was centered here, as each had its national headquarters in New Straitsville. The events related to this struggle were often discussed in secret meetings at Robinson’s Cave, located on the hillside. These meetings were partially responsible for the formation of the United Mine Workers of America in Columbus in 1890, arguably the nation’s most powerful labor union during the early and mid- 20th Century.

The mine fires lit during the 1884-85 Strike have grown quite a reputation. The fires are in fact still burning to this day, as they cut through the vein looking for its inevitable end. What are now an occasional nuisance were once a major point of interest for the town, drawing in tourists from all around to see where they could fry an egg over an open pit or make coffee straight from well water. Several efforts were made by the U.S. Forest Service and even private investors to seal up the mine but nothing was able to stop the mine fires. To this day, deep underground the vein still burns—the only evidence is the occasional steam stack rising from the ground where it’s burning off moisture.

While the mine fires effectively slowed down the mining industry in New Straitsville, it didn’t kill the town, and while the town’s industrial life continued with oil pumps and surrounding mines one of the other ways people were able to make money was with moonshine. And the mine fires had provided the perfect opportunity to make moonshine. During Prohibition the mine fires were burning at their most extreme dotting the area with steam and smoke clouds rising from the ground. This allowed moonshiners to operate their still in the open or even down in the abandoned mines making it near impossible for them to be caught. This became so popular that New Straitsville moonshine was commonly found around the United States during prohibition, and New Straitsville was dubbed the Moonshine capital of the world. This is a legacy they carry on to this day with Ohio's first legal still operating in partnership with Hocking College’s vitrology program (located on Main Street). New Straitsville also hosts an annual moonshine festival, where thousands of visitors visit the town, helping to share and preserve the town for generations to come