The Blue Mouse Theatre opened to the public on November 13, 1923, with a showing of "The Green Goddess." Since that time, the theater has experienced a century of change in the movie business from the Golden Age of Hollywood to the proliferation of multiplexes. The theater changed ownership and names several times and was nearly demolished in 1993. However, a group of local residents bought the building and subsequently restored its original name and design. Excluding brief breaks for renovation, the Blue Mouse Theatre has been continuously operating since its opening night, making it the longest-running movie theater in Washington State.

The facade of the Blue Mouse Theatre, with the glass blue mice above the marquee. 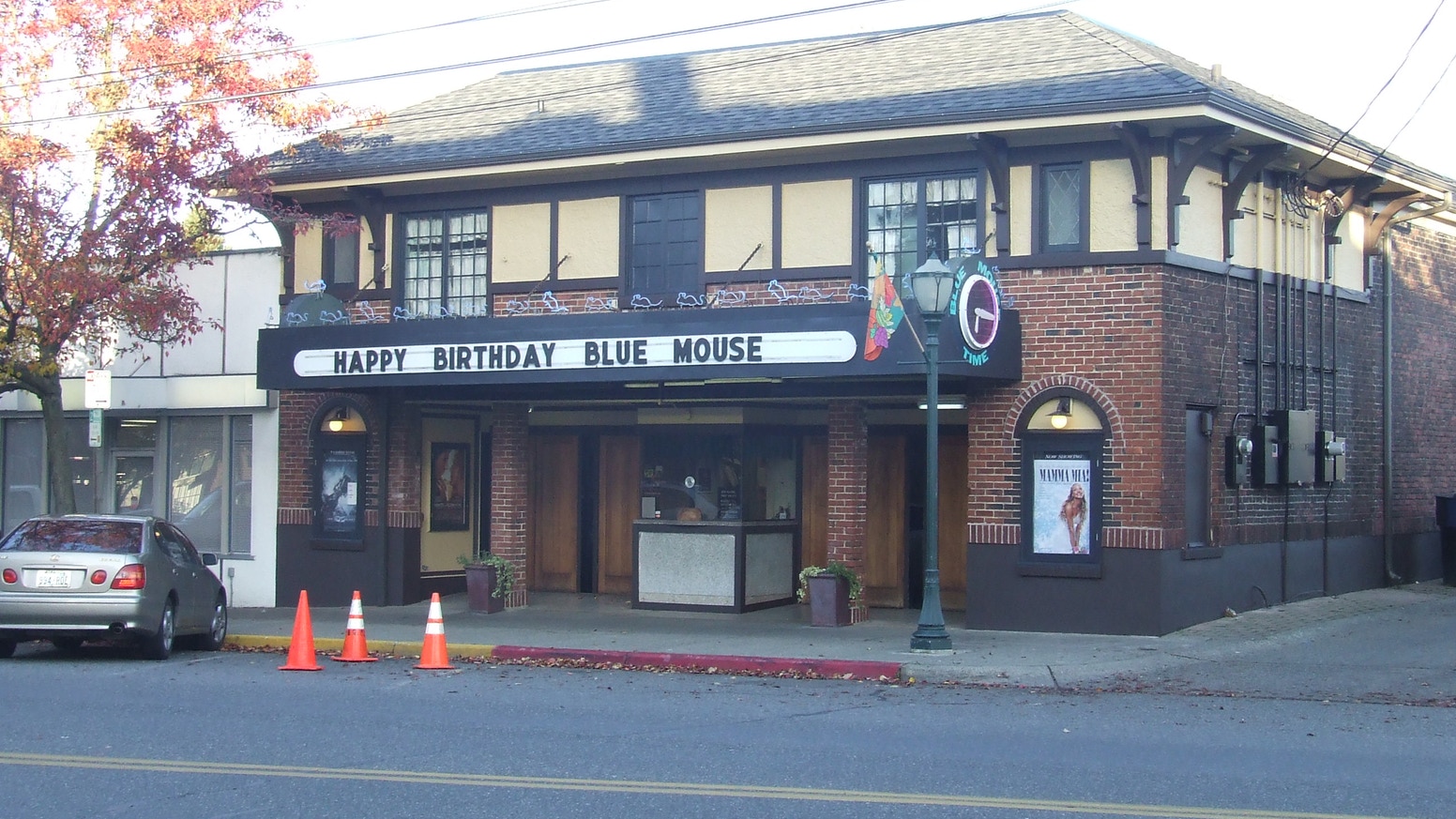 The corner of the building and the Blue Mouse Time clock 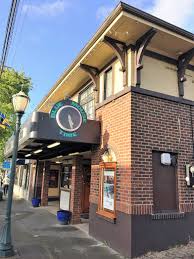 The Blue Mouse Theatre during an evening screening 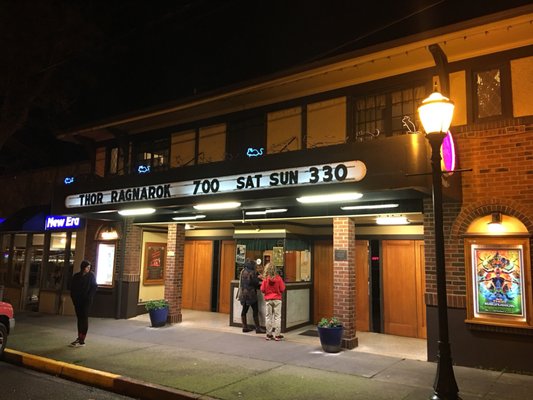 The inside of the theater, with its iconic blue curtain.

The Blue Mouse Theatre as it looked in the 1920s 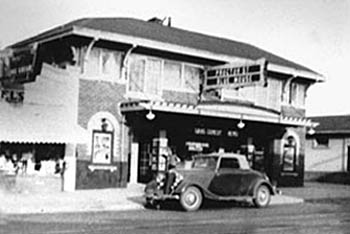 The theater was renamed The Bijou in 1978 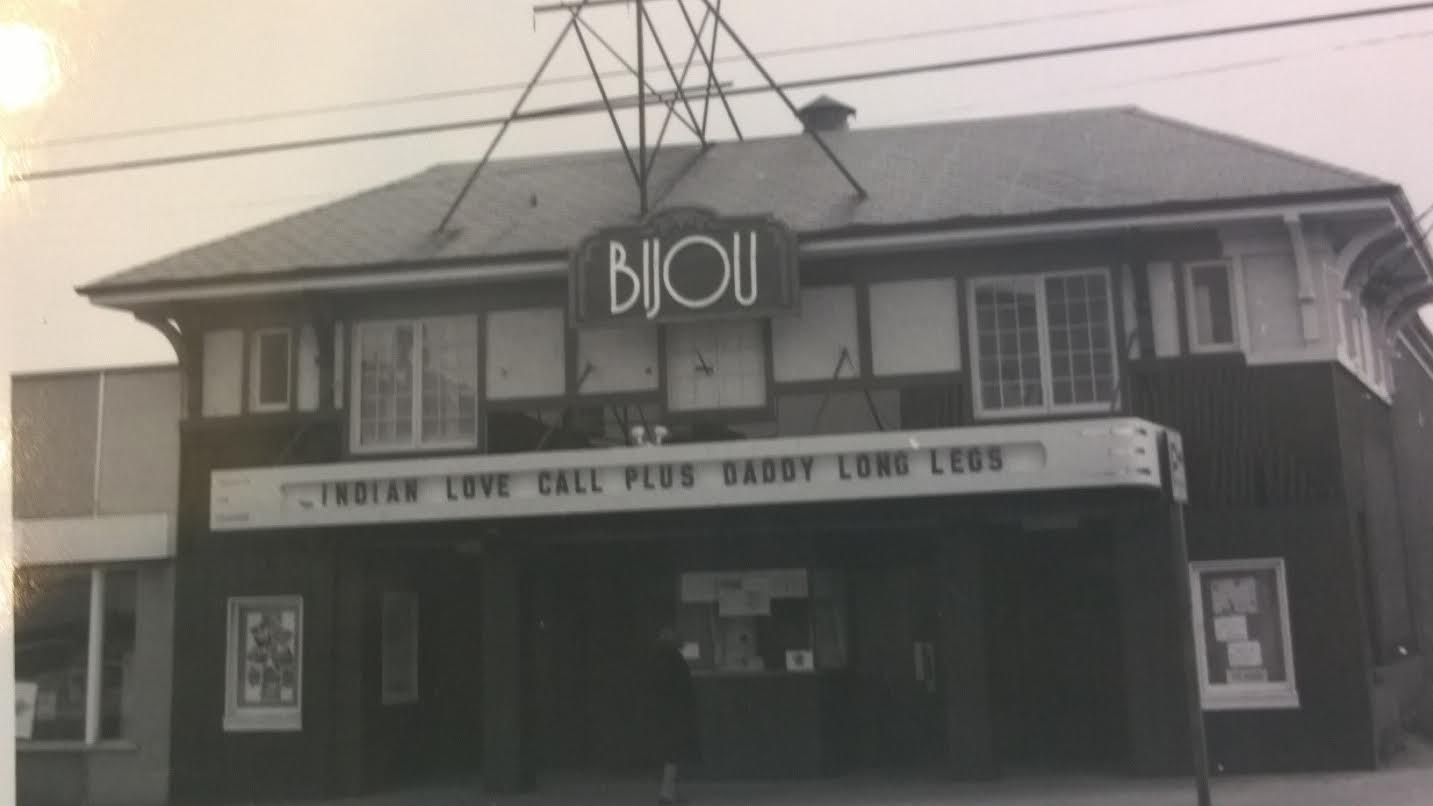 With the advent of motion pictures in the early 20th century, elaborate movie theaters started springing up all across the globe. Seattle businessman John Hamrick was inspired to get involved in the movie theater business after a 1919 trip to Europe. In fact, it is believed that Hamrick got the idea for the “Blue Mouse” name during that trip, either from a play he saw in London or from a theater he visited in Paris. Upon his return, Hamrick opened a number of vaudeville and movie theaters throughout Washington and Oregon, including the chain of Blue Mouse theaters.

Hamrick built two Blue Mouse theaters in Oregon, one in Seattle, and two in Tacoma. The only one still standing is in the Proctor District of Tacoma, and it was originally nicknamed “Blue Mouse Junior” because there was a larger one downtown. The Proctor District’s Blue Mouse Theatre opened on November 13, 1923, with a showing of the silent film The Green Goddess. It cost $20,000 to build and, in keeping with the stylish movie palaces of the time, featured an organ, a smoking lounge, and a nursery. Although the Blue Mouse was sold in the 1930s and renamed The Proctor Theater, it continued to prosper despite the Great Depression, World War II, and the advent of television.

In the late 1960s, The Proctor Theater showed arthouse and foreign films on the weekends. Business declined in the 1970s and 1980s, however, and the theater even resorted to screening X-rated movies. By the 1990s, ticket sales had reached a low point due to competition from multiplexes and the growing popularity of home video. The dilapidated structure—then called The Bijou—was finally put up for sale in 1993, and plans were made to convert it into an office building.

However, a group of local residents banded together to save the historic theater. Calling themselves the Blue Mouse Associates, 17 people invested $10,000 each and bought the building. They renovated the theater—uncovering its 1920s Craftsman-style design—and restored its original name. Local artist Dave Chihuly designed the blue glass mice that were placed above the marquee. In 2023, the Blue Mouse Theatre will celebrate its 100th birthday.