Part of the Woodlawn Historic District listed on the National Register of Historic Places, this one-story building dates to 1851. The Lewis family began selling parcels of land from the Woodlawn plantation in the mid-nineteenth century, and northern Quakers settled there. This change was an interesting reversal, as land once worked by slaves became a community of abolitionists and free persons. The Quaker settlers sought to establish a collection of farms using free labor even in a slave-holding state. During the Civil War the building was used as a Union headquarters, and grew several times in the nineteenth and twentieth centuries through renovations and additions. The meeting house site also features Quaker burial grounds, and is still in use today. 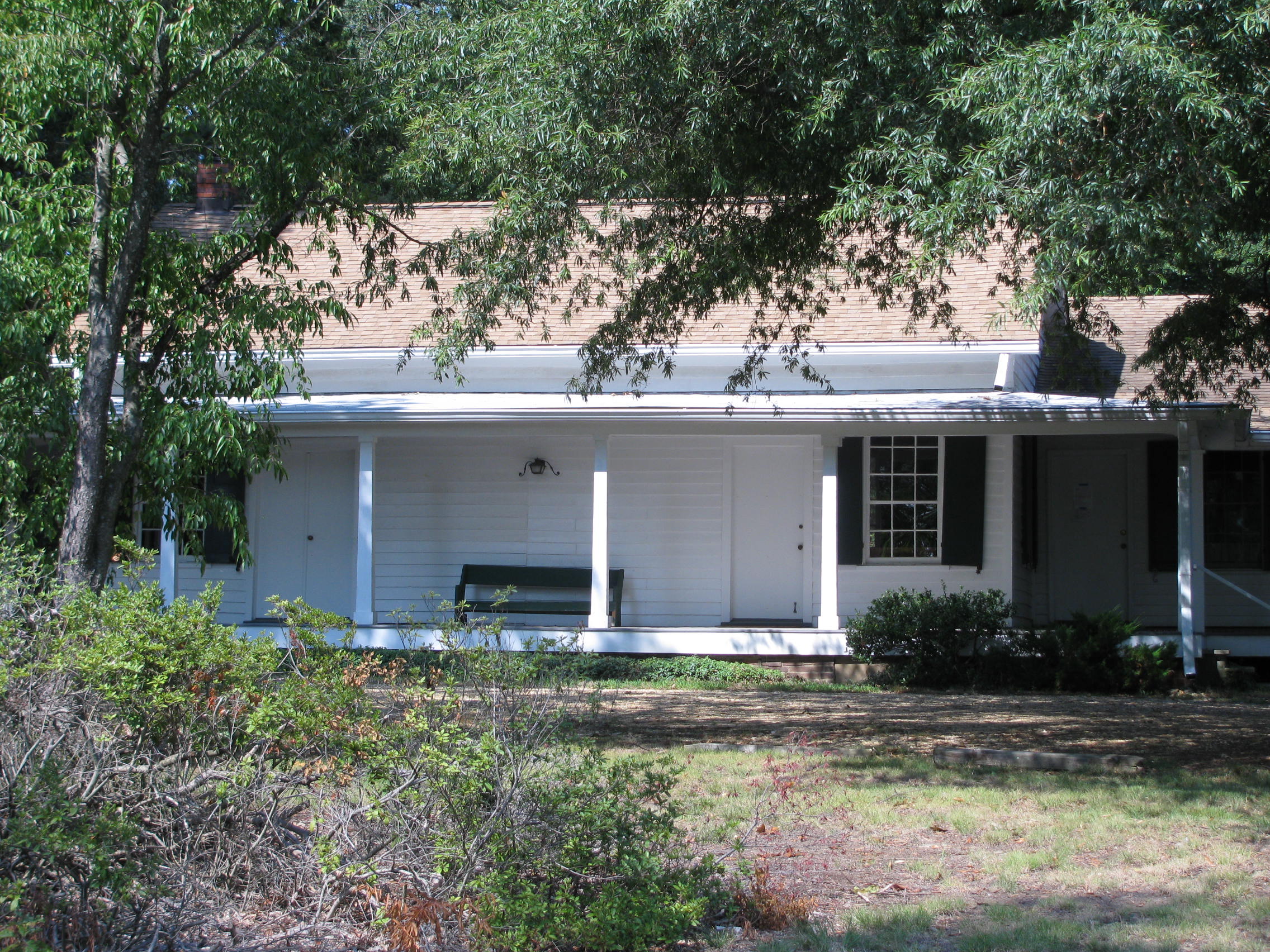 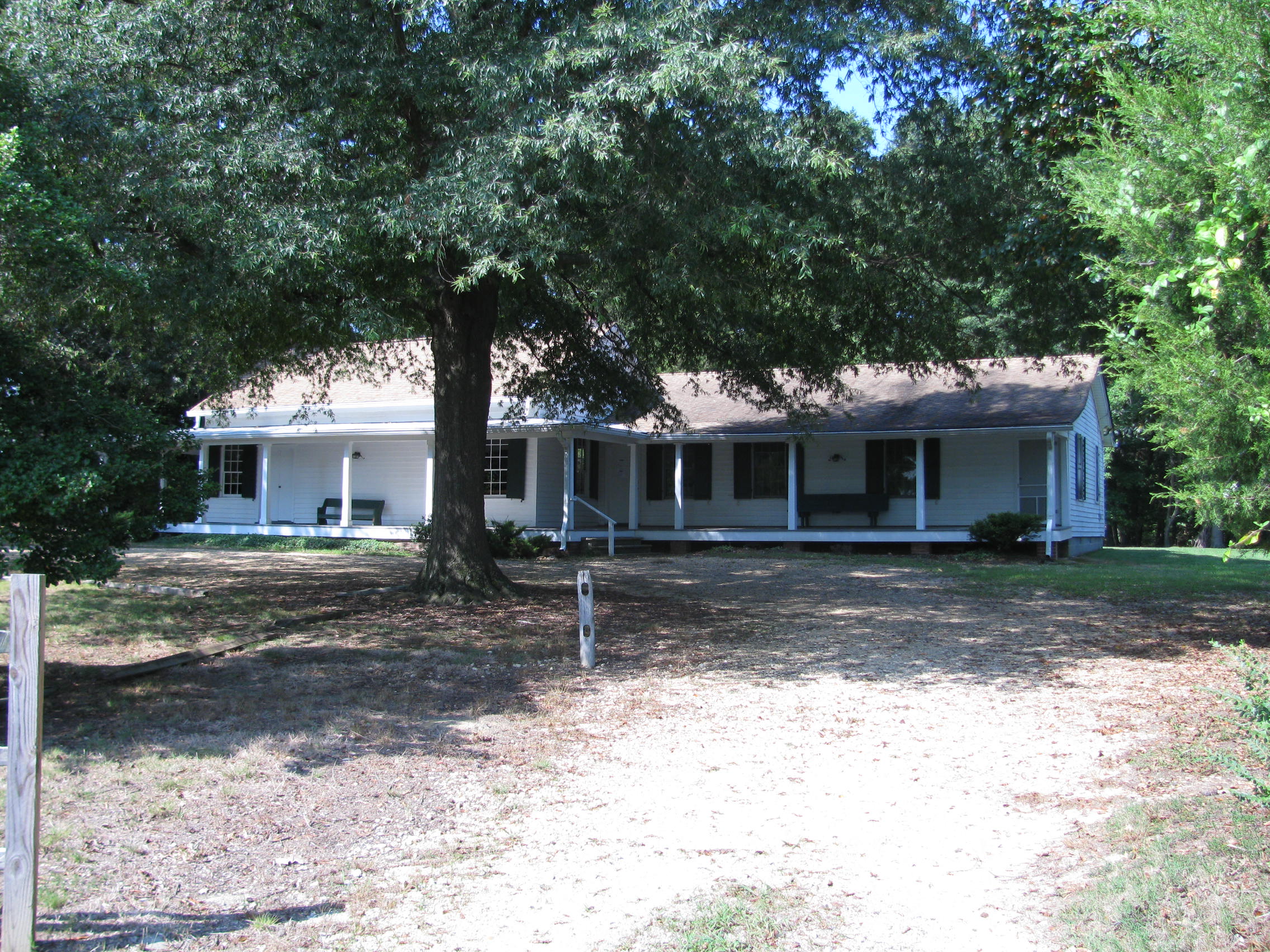 Chalkley Gillingham, Jacob Troth, Lucas Gillingham, and Paul Hillman Troth, Quakers from Pennsylvania and New Jersey, purchased tracts of land from the Woodlawn Plantation in 1848. Their goal was to establish 50-200 small farms to sell to both white settlers and to African-Americans, including those freed from slavery. Thus the new settlers would work the land using free labor in a slave-holding state. The Troth-Gillingham Company also harvested lumber from this tract of land. Baptist and Methodist families also purchased land in the community.

Northern Baptist John Mason purchased land at Woodlawn in 1850 and his family settled in the mansion, which had formerly been the Quakers' meeting house. The Quakers moved their religious services to several other locations in the area before constructing a new meeting house. The Meeting did not take responsibility for the property until a clear title was ready in 1853.

Quakers erected the southern half of the building in 1851 and the northern section, which doubled the size of the wood-framed structure, sometime between 1866 and 1869. The exterior is wood weatherboard. The single-story building exhibits the Quaker Plain style and has two entrances, originally one for men and one for women. The interior of the meeting house appears much the same as it did in the late 1860s. The hall can be divided with movable partitions -- for example, to divide men's and women's meetings -- and along the west wall is an elevated platform for elders of the congregation.

The community established a burial ground to the south and west of the meeting house around the same time as the building's construction. Over one hundred graves are present. Additionally, in the 1990s the community buried salvaged headstones from Queen Street Burial Ground in Alexandria, which which the congregation was affiliated from 1784 to the 1880s.

During the Civil War, Union soldiers used the meeting house as a headquarters, and some carved their names into the wood surrounding one of the entrances.

At some point in the nineteenth century the community added a deep porch to the meeting house, which was later expanded in the twentieth century to wrap around the building. In the 1970s the porch grew again, expanding to incorporate a new wing to the north of the historical structure. The new wing has a larger footprint than the nineteenth-century structure and is known as the Buckman Room. The meeting house lot is close to Fort Belvoir.

In 1999, flood damage from Hurricane Floyd damaged a historic horse shed, and it was reconstructed in 2008 in accordance with preservation best practices. The National Register of Historic Places recognized the meetinghouse in 2011 on its own and again in 2017 as part of the historic district. The Alexandria Friends Meeting at Woodlawn continues to gather in the building.