Situated along Bayou St. John, the Pitot House is named after New Orleans’ first “American” mayor, James Pitot. It was built in the late 18th century, sometime after 1790, as a Creole colonial country home, the only such home open to the public in New Orleans. It was acquired by the Louisiana Landmark Society in 1964, which saved the house from demolition, had it moved, and fully restored by 1973. It has been the organization’s headquarters ever since and they open it to the public as a historic house museum and special events venue. It was added to the National Register of Historic Places in 1971.

The Pitot House has been fully restored to reflect the time when it was occupied by James Petit on the early 19th century. 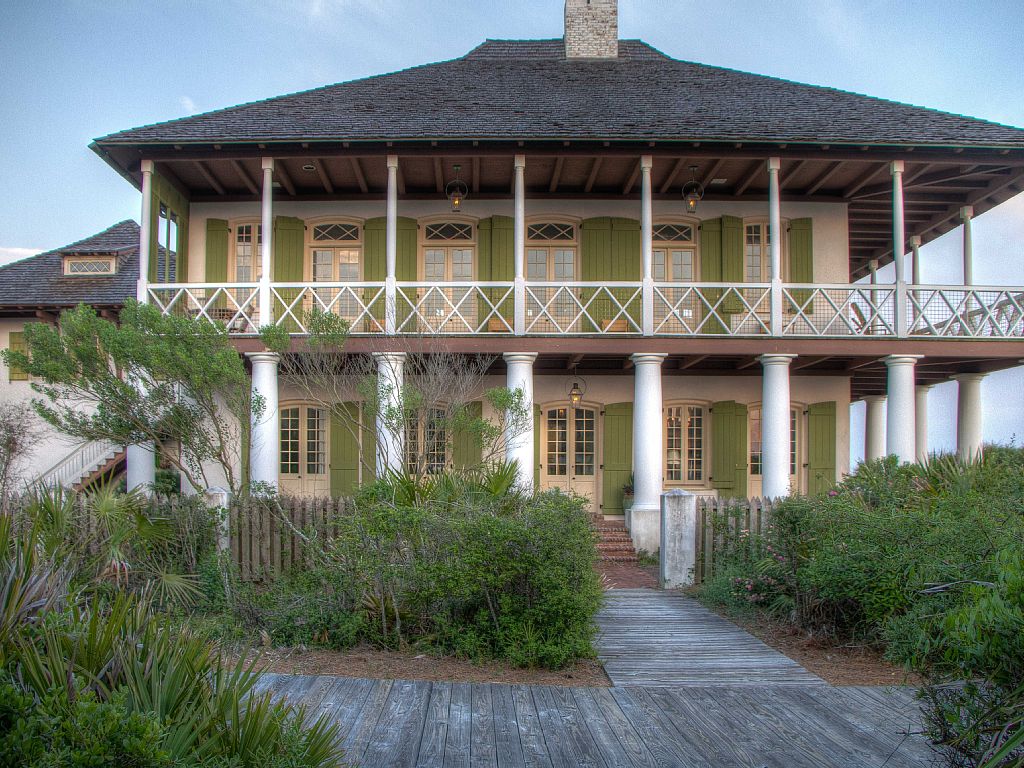 Pitot House is reflected in the waters of Bayou St. John. It is easy to see why it is often used as a special events venue. 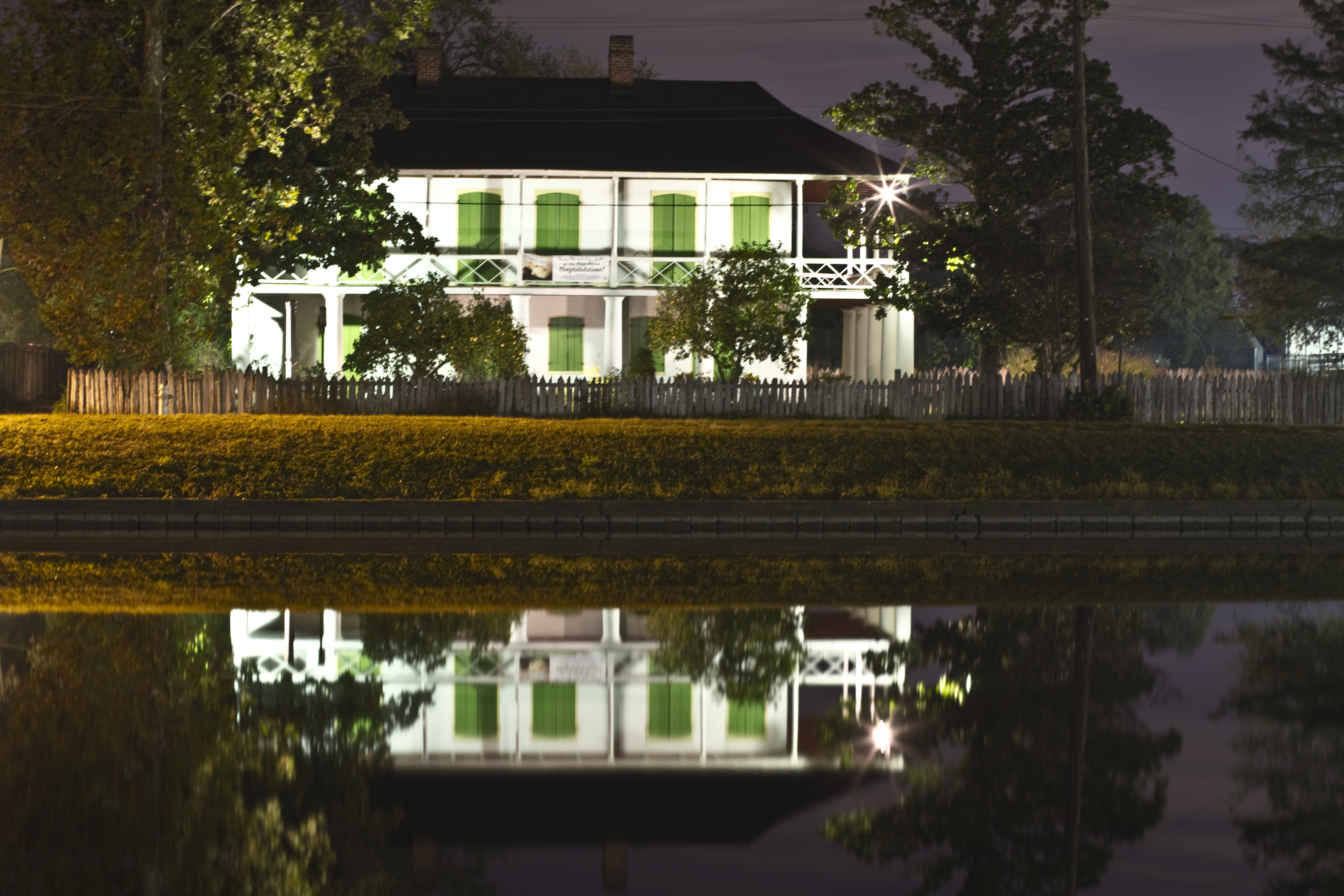 The brick masonry is visible in this first floor dining area. 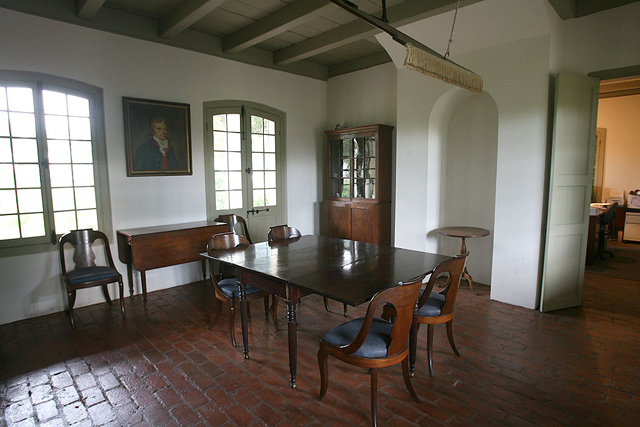 The Pitot House is prepared to be moved in 1964. 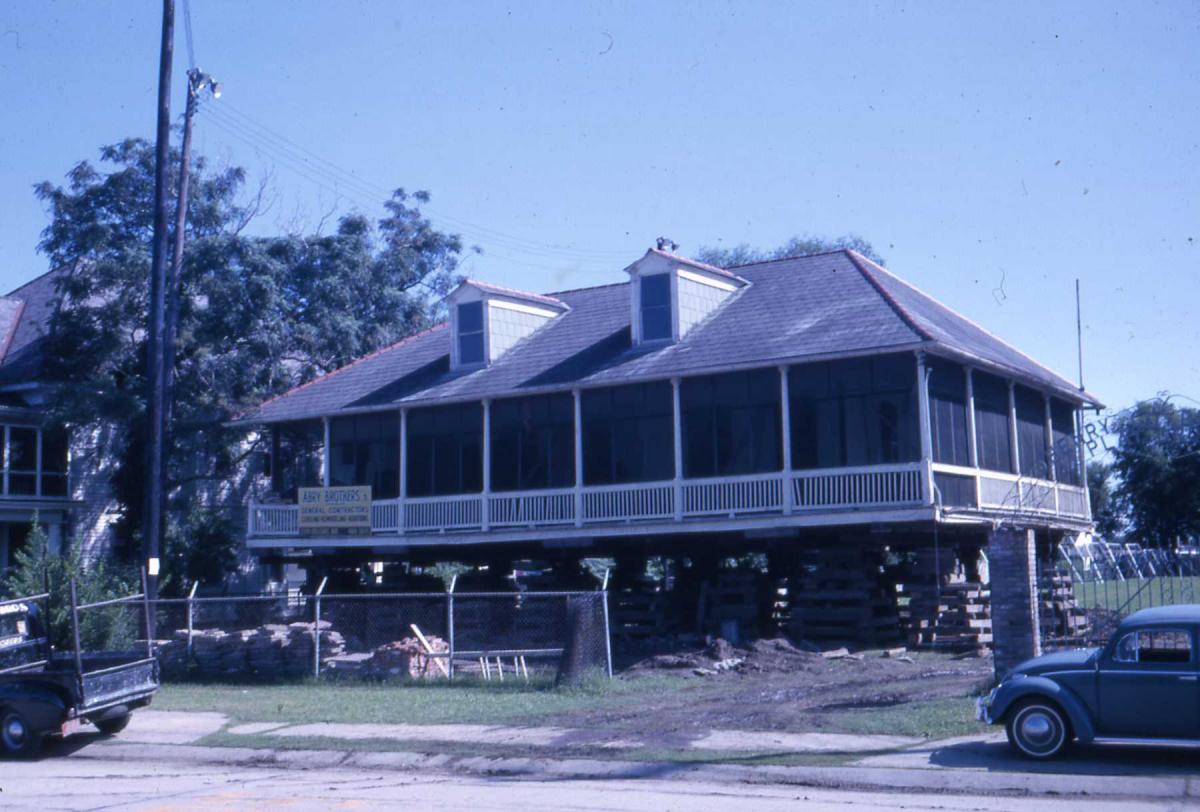 The Pitot House as it appeared in 1936 when it served as a home for the Missionary Sisters of the Sacred Heart. 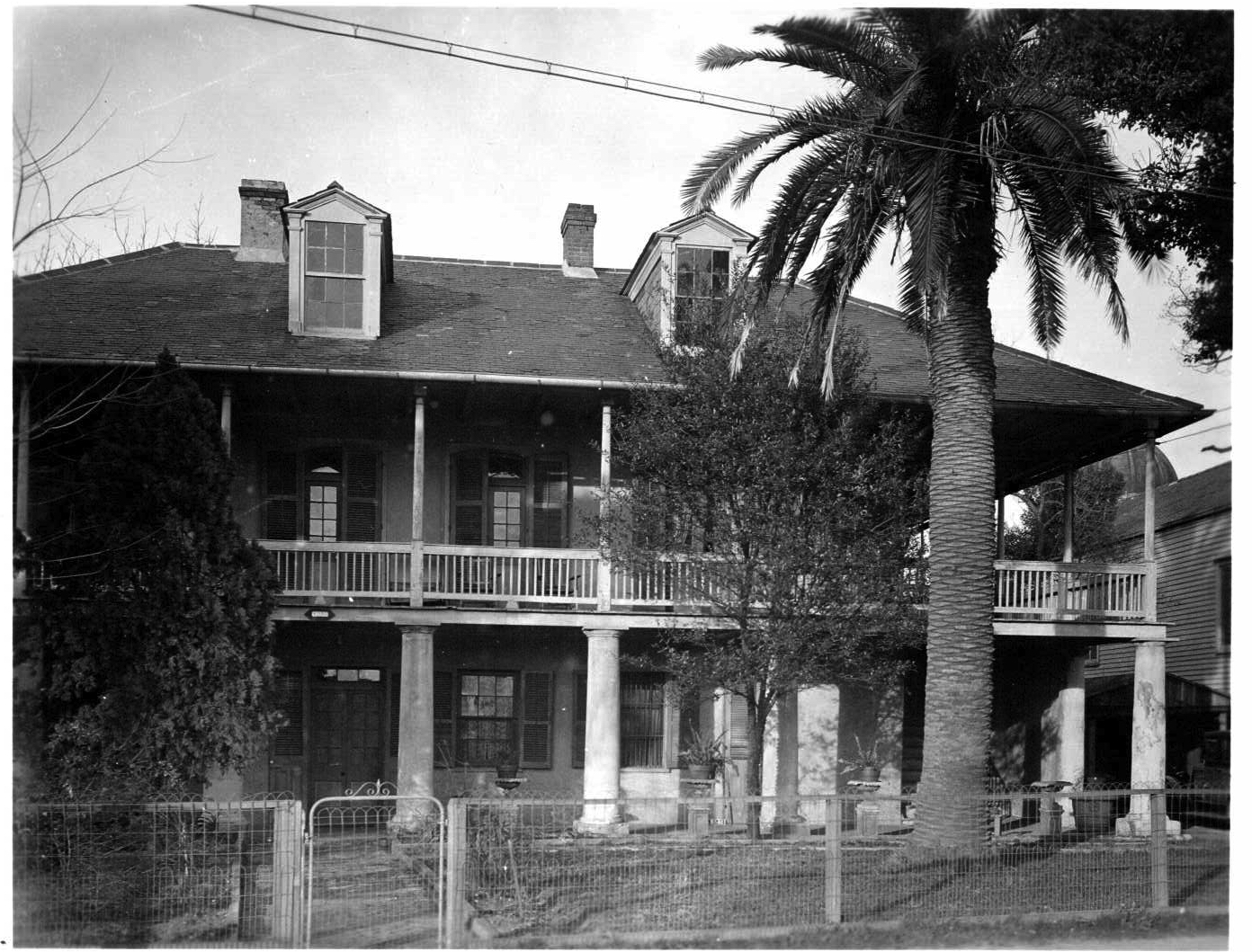 The late 18th century Pitot House was built during Spanish control of the city, but there is some dispute as to the original builder.  Since its construction, it has been owned and occupied by various people and organizations, to include Madame Rillieux, the great grandmother of Edgar Degas; Mother Cabrini, America’s first named saint; and a group of nuns.

Its namesake, James Pitot, arrived in Philadelphia from France where he gained his American citizenship.  He worked his way to New Orleans by 1796 and became a merchant and member of city council.  He was appointed mayor in 1804 by territorial Governor William Clairborne.  Pitot served as mayor for just over a year and then was appointed as the probate court judge of the Orleans Territory.  While serving as the President of the Orleans Parish Police Jury, he authorized the enlistment of freed people of color into the militia in 1814.  This decision proved fortuitous as they were instrumental in America’s victory over the British at the Battle of New Orleans.  Pitot served some type of legal capacity until his death in 1831.

The Missionary Sisters of the Sacred Heart came into possession of the house by the 1930s and planned to have it demolished to make room for a new school in 1963.  This is when the Louisiana Landmark Society stepped in, purchased the house and raised funds to have it moved approximately 200-feet in 1964.  The ground floor masonry work had to be rebuilt after the move, but the building’s second floor was moved intact.  The restoration efforts suffered a setback when the house was damaged by Hurricane Betsy in 1965.  However, the house managed to withstand Hurricane Katrina in 2005.  It opened as a historic house museum in 1973.

The house has been restored to the time of James Pitot’s residence, and boasts a double-pitched hipped roof and the first floor has been recreated in its original briquette-entre-poteaux style.  It has been furnished with historic Louisiana and American household antiques from the early to mid-18th century.  Its parterre garden again grows plants common to the area from that time-period, to include flowers, citrus trees, herbs and vegetables.  It also features a 10,000-square-foot, landscaped yard for special events.  Within the home, rotating exhibits, such as “The Pearl and the Crescent:  Examining Similarities Between Havana and New Orleans,” are shown throughout the year.