Alexander Ramsey was born in Pennsylvania in 1815 and married Anna Earl Jenks in 1845. Alexander was the first governor of the Minnesota Territory and the second governor of Minnesota. The Alexander Ramsey House was listed on the National Register of Historic Places in 1969. The house is open today to focus on the lives of the Ramsey’s and their servants during the late Victorian period. The Ramsey House is open for tours annually from Thanksgiving through New Year's Day and for group tours and field trips by special appointment.

View of the home from the street 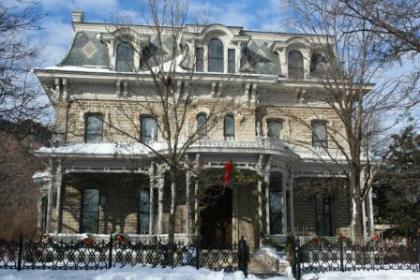 A horse and buggy outside of the home 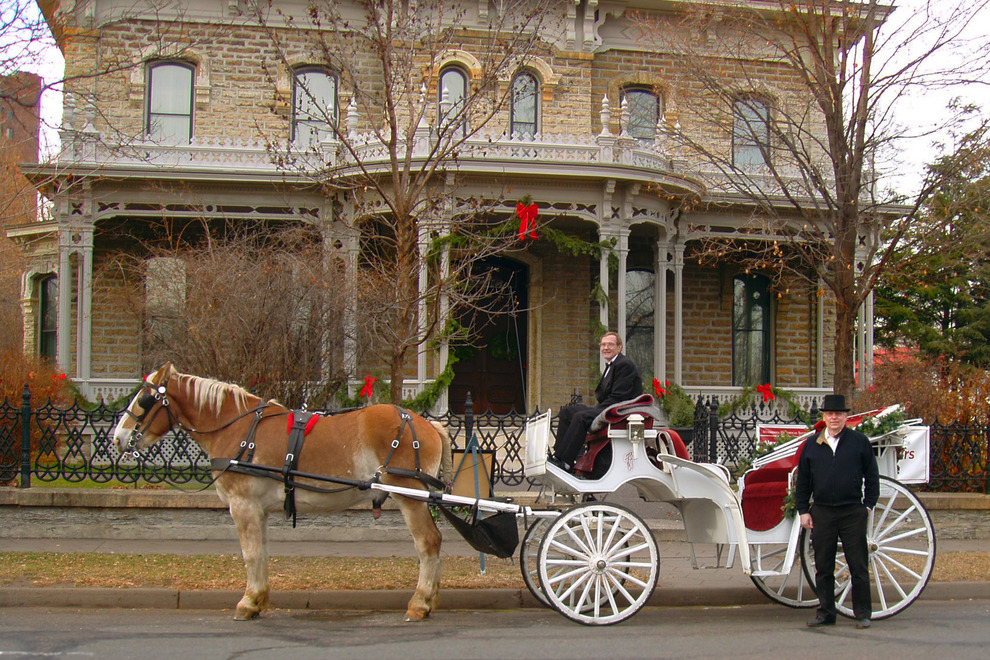 One of the rooms of the home 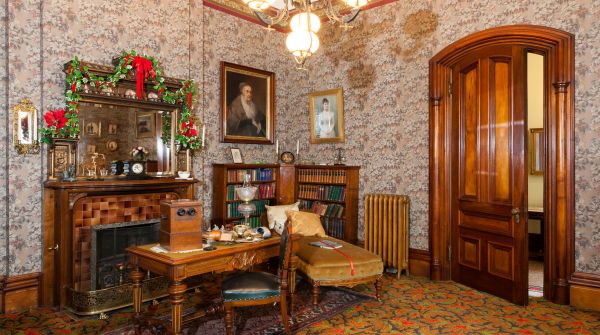 A picture of the outside of the home during Fall 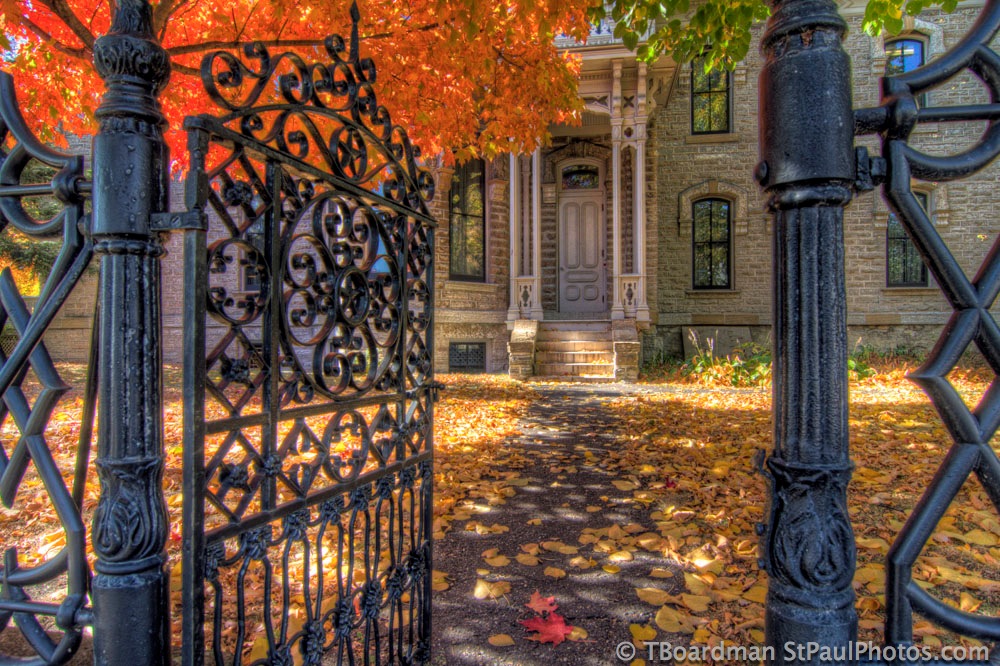 Alexander Ramsey was born in Pennsylvania in 1815 and married Anna Earl Jenks in 1845. They had three children, two of which passed away very young. Alexander was the first governor of the Minnesota Territory and the second governor of Minnesota. He was chosen by President Zachary Taylor to be the governor of the newly formed territory in 1848. Alexander spent much of the 1850’s managing the growth of the Minnesota territory as Caucasian settlers moved into former Indian land, which was an ideal area to trade furs and lumber. Alexander lost the election for the first governor of the state to his friend, Henry Sibley. However, Alexander was elected to be the state’s second governor in 1860.

In 1861, President Abraham Lincoln called for troops during the outbreak of the Civil War, and Alexander answered that call. In 1862, war broke out when groups of the Dakota Indian tribe attacked settlements, towns, and government stations in central and southwestern Minnesota. Many of the causes of war were directly related to the treaties Ramsey had helped negotiate, due to the lack of agreement by government agents. Alexander chose Henry Sibley to be the commander of the forces and to raise a battle against the Dakota Indian tribe. This led to the six-week war that resulted in the deaths of hundreds of residents, soldiers, and unknown members of the Dakota tribe. Thirty-eight men of the Dakota tribe were hanged in Mankato on Dec. 26, 1862, and nearly 300 of the men of the tribe were convicted by a military panel and imprisoned at Camp McClellan, near Davenport, Iowa. More than 1,600 non-combatants were held in an imprisonment camp at Fort Snelling over the winter of 1862-63 and were forcibly removed to reservations in the Dakota Territory and Nebraska.

Alexander went on to be elected as a U.S. Senator and served as Secretary of War with President Rutherford B. Hayes. Alexander was a clever businessman; he spent years in business pursuits and made a substantial fortune in real estate. In 1868, construction began on a luxurious new home for the Ramsey family in the Irvine Park neighborhood. The house was equipped with hot and cold running water, gas lighting, and hot water-heated radiators. Anna Ramsey went on a shopping spree in New York to find furnishings for the home, and she returned to the home with enough furnishings to fill two boxcars. The interior of the home consists of walnut woodwork, marble fireplaces, crystal chandeliers, and 14,000 original furnishings.

In 1875, Alexander Ramsey’s daughter Marion married Charles Furness in the parlor of the family home, and after the wedding, she went to live with her husband in Philadelphia. In 1878, President Hayes and his wife visited and had dinner at the Ramsey House. Marion Ramsey Furness and her children returned to live with her parents in 1882 after her husband was hospitalized indefinitely for mental illness. She lived there and was a teacher until she passed away in 1935. Alexander Ramsey died at his home on April 22, 1903. His granddaughters, Anita and Laura Furness, lived in the home until they passed away in 1959 and 1964. The house and all its contents were given to the Minnesota Historical Society, which was founded by their grandfather in 1849.

The Alexander Ramsey House was listed on the National Register of Historic Places in 1969. The house is open today to focus on the lives of the Ramsey’s and their servants during the late Victorian period. The Carriage House Gift Shop features replica Victorian holiday ornaments, books, and other gift items. The Ramsey House is open for tours annually from Thanksgiving through New Year's Day and for group tours and field trips by special appointment.

A guide escorts groups through the Ramsey mansion and shares stories from the Victorian era. Their goal is to give visitors an idea of how the Ramsey family lived, as well as the life of the servants who worked in the home. Tours are given every hour to groups of a maximum of fifteen people. Tours begin in the carriage house, and cookies can be fixed in the wood burning stove. Specific tour themes can be requested in advance.