After Indiana's centennial celebration in 1916, the Kokomo Woman's Department Club came together to establish a historical society in Howard County. The historical society opened in 1923 and was originally housed in the Carnegie Library, but the collection quickly outgrew its space and moved to the new courthouse in 1939 before acquiring its current location, Seiberling Mansion, in 1971. Originally owned by Indiana University, the mansion was built for Monroe Seiberling who came to Indiana during the gas boom in the late 19th century. The organization uses the stately mansion to hold events and offers numerous exhibits related to the history of the county. The organization also operates Elliott House next door to this mansion.

Photograph of the interior of the Seiberling Mansion. 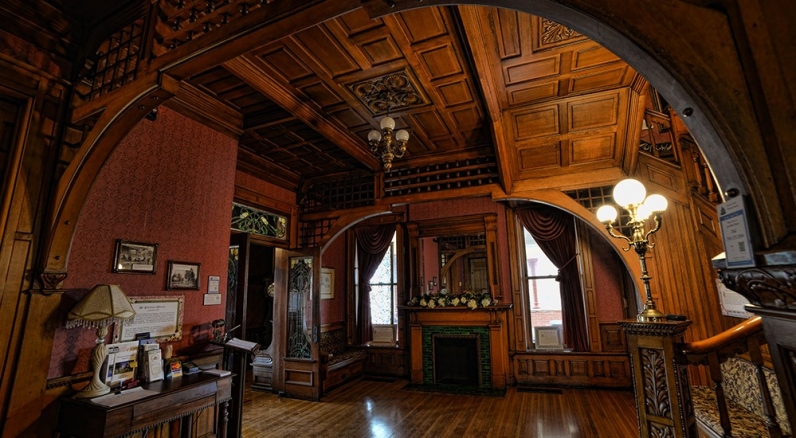 Photograph of the Seiberling Mansion. 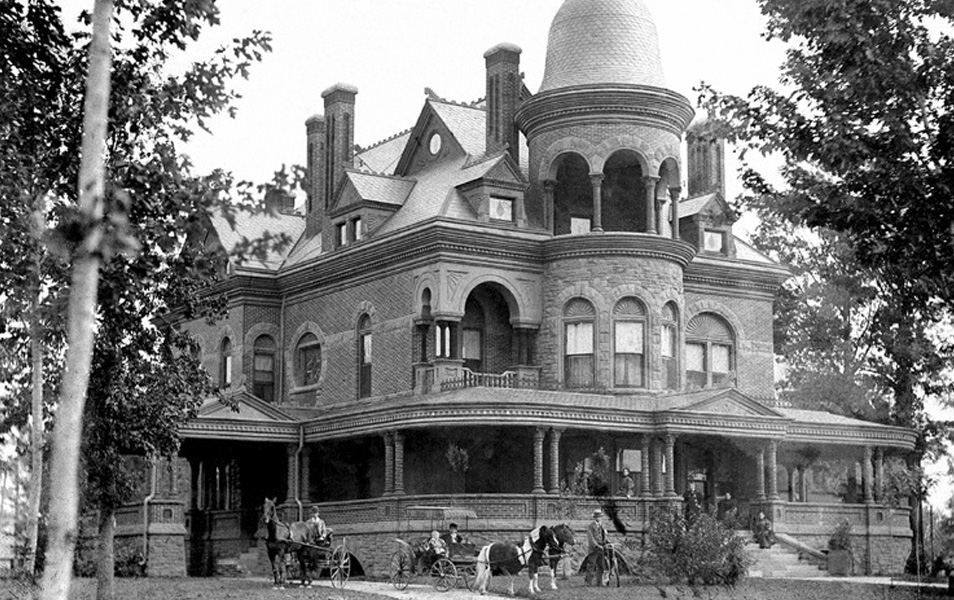 Recent photograph of the Seiberling Mansion. 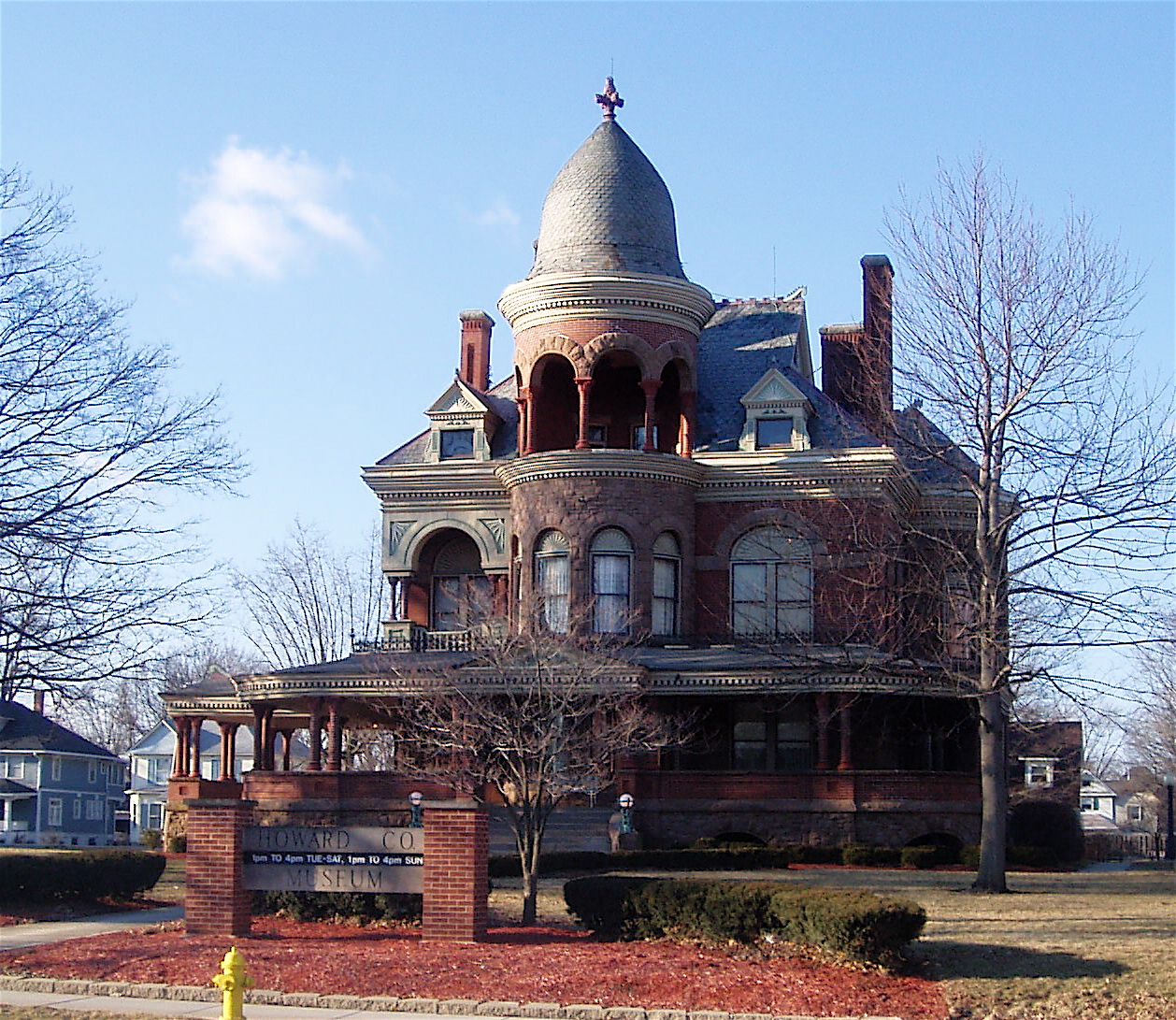 Photograph of the Elliott House. 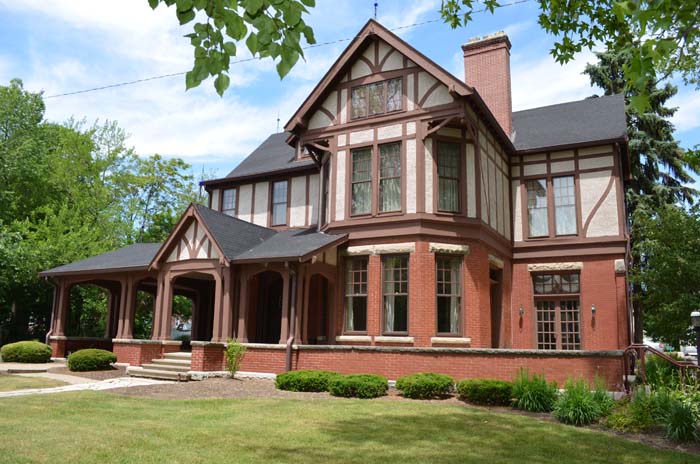 Like many other historical societies in the United States, the collection grew rapidly and outgrew its home in the Carnegie Library. It was reported that the collection was scattered in several different locations; thus, a new courthouse was built in 1937, which housed the full collection in one place. The museum was officially moved to the courthouse in 1939.

In 1971, the historical society again found a new home. Indiana University was leaving the Seiberling Mansion to move to a new campus in 1964. The mansion was built by Monroe Seiberling, who opened factories in Kokomo during Indiana's gas boom in the late 19th century. The mansion, finished in 1891, had eight rooms on the first floor, seven rooms on the second floor, and a ballroom on the third floor. It was built in a Queen Anne and Romanesque Revival style and was originally lit by natural gas. Despite building a luxurious mansion, the Seiberling family only stayed for a few years, and the mansion changed ownership a few times until Indiana University purchased the mansion to use as its Kokomo Branch until 1964. After sitting empty for seven years, the mansion needed restoration. Its initial restoration was completed by community donations and thousands of hours of volunteer labor. In 1972, the mansion was added to the National Register of Historic Places.

The Howard County Historical Society also owns the Elliott House, which is next door to the Seiberling Mansion. The Elliott House was built in 1889 and is named after its second owner, Matthew Elliott, an Englishman who came to Kokomo to work with Monroe Seiberling. Elliott worked in the glass industry and supervised the construction of Seiberling's Diamond Plate Glass Factory.

The Elliott House had a similar fate as the Seiberling Mansion. The house changed owners before being sold to Indiana University in 1953. The county purchased the Elliott House in 1998 and gave ownership to the Howard County Historical Society.