Now home to an outdoor store, the former Rock Island Depot is a historic train station built in 1885. A good example of Richardsonian Romanesque architecture, the depot is mostly one-story tall with a second story on the eastern end and features a hipped roof and an octagonal turret. In addition to its architecture, it is historically significant in that it symbolizes both the rise and fall of passenger train service in Sioux Falls.

The Rock Island Depot was built in 1885 and helped spur the city's growth in the late 19th century. 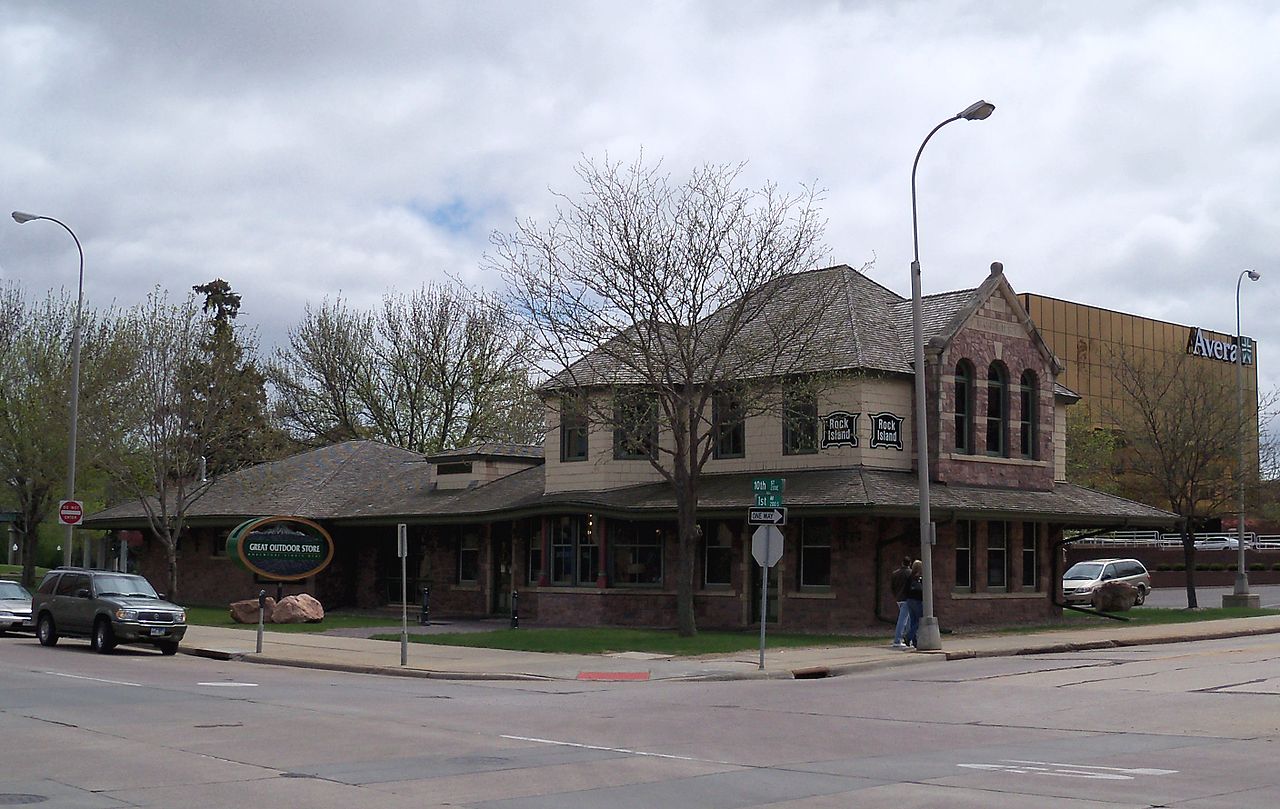 The construction of the depot in 1885 initiated passenger train service in Sioux Falls. The next year, the city convinced the Burlington, Cedar Rapids and Northern Railroad to build a line to the city, which was completed in October. The first train arrived on the 26th and the first passenger train arrived the next day. This service sparked Sioux Falls' growth and development as a key commercial center in the state by 1890. Railroads were steadily built throughout South Dakota during the next decade which attracted settlers and started boom towns. The depot was added to the National Register of Historic Places.