The Pioneer Heritage Center, established in 1976 and located on the Louisiana State University-Shreveport campus, is an outdoor museum with seven historic buildings dating from the 19th and 20th centuries. These structures include the Thrasher House (a log dogtrot home), the Caspiana House, a detached kitchen, a Blacksmith shop, a doctor's office, a commissary, and a riverfront mission. Visitors will see exhibits and artifacts displayed within these historic structures. The Center's purpose is to interpret the culture and social history of northwest Louisiana from the 1830s through the early decades of the 1900s. It also offers a variety of educational programs for students and visitors of all ages.

The Caspiana House is one of the seven historic buildings at the Center. 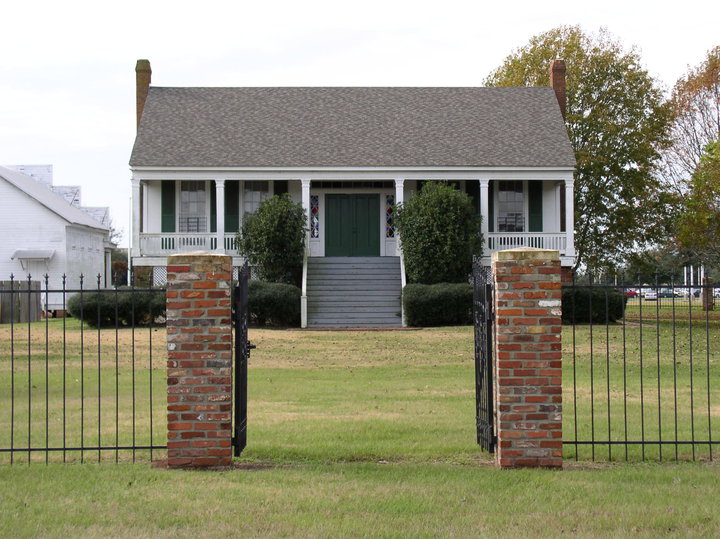 The Thrasher House is what is called a "dogtrot," which is a log structure with two single rooms connected by a hallway. It was built in 1850 by a man named Thomas Zilks. Added to the National Register of Historic Places in 1987, the house is a typical example of an Upland South plantation home.

Also listed on the National Register of Historic Places, the Caspiana House was built by William Joseph Hutchinson in 1856 and is one of the few structures from the antebellum period (pre-Civil War) left in northwest Louisiana. It is also notable as a good example of Greek Revival architecture and a unique plantation house in that it is raised high off the ground, which is a rare feature in the region.

The Doctor's Office was built by Dr. Hartwell Lockwood in the early 1900s. He and other doctor's treated the people who worked on the plantation and from the surrounding community. Doctor's worked here until the 1930s. The building was moved to the Center in 1982.

The Blacksmith shop was built around 1880. It's a simple log structure and was later used as a barn. Its last owner donated it to the Center in 1985.

Built sometime before the Civil War, the detached kitchen was separate to prevent any fire from destroying the main house. It features an open hearth fireplace and hand-made utensils on display.

The Commissary is a general store built in the late 19th century. It is significant not only for its age but also that it represents the transition from the slaveholding economy to an economy based on sharecropper agriculture.

Erected in 1930, the Riverfront Mission was residence for the homeless and unemployed and was located along the river in downtown Shreveport. In 1945 a local resident bought it and it would later be the home for another resident and his family beginning in 1952. It was donated to the Center in 2001.