This Fairhaven historical marker and statue commemorates Mark Twain's 1895 visit to the city with a bench that allows visitors to sit next to a bronze Mark Twain while he reads The Adventures of Huckleberry Finn. Samuel Clemens, known by his pen name Mark Twain, remains one of the most influential American novelists. In 1895, Twain began a lecture series both abroad and in the United States as a way to earn money to repay debts. While Twain traveled to places like Australia, India, South Africa, and New Zealand, Twain also visited small towns, such as Fairhaven, Washington. The statue by artist Gary Lee Price is located at the corner of 12th Street and Harris Avenue, the former location of the Fairhaven Hotel where Twain was a guest when he visited the city in the summer of 1895.

Photograph of the Mark Twain historical marker, which is on the sidewalk. 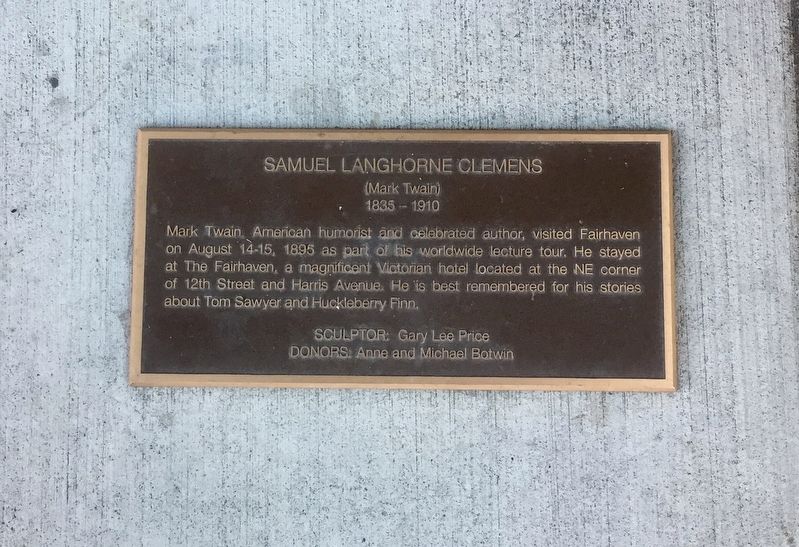 Photograph of the Mark Twain statue and historical marker on the sidewalk next to the bench. 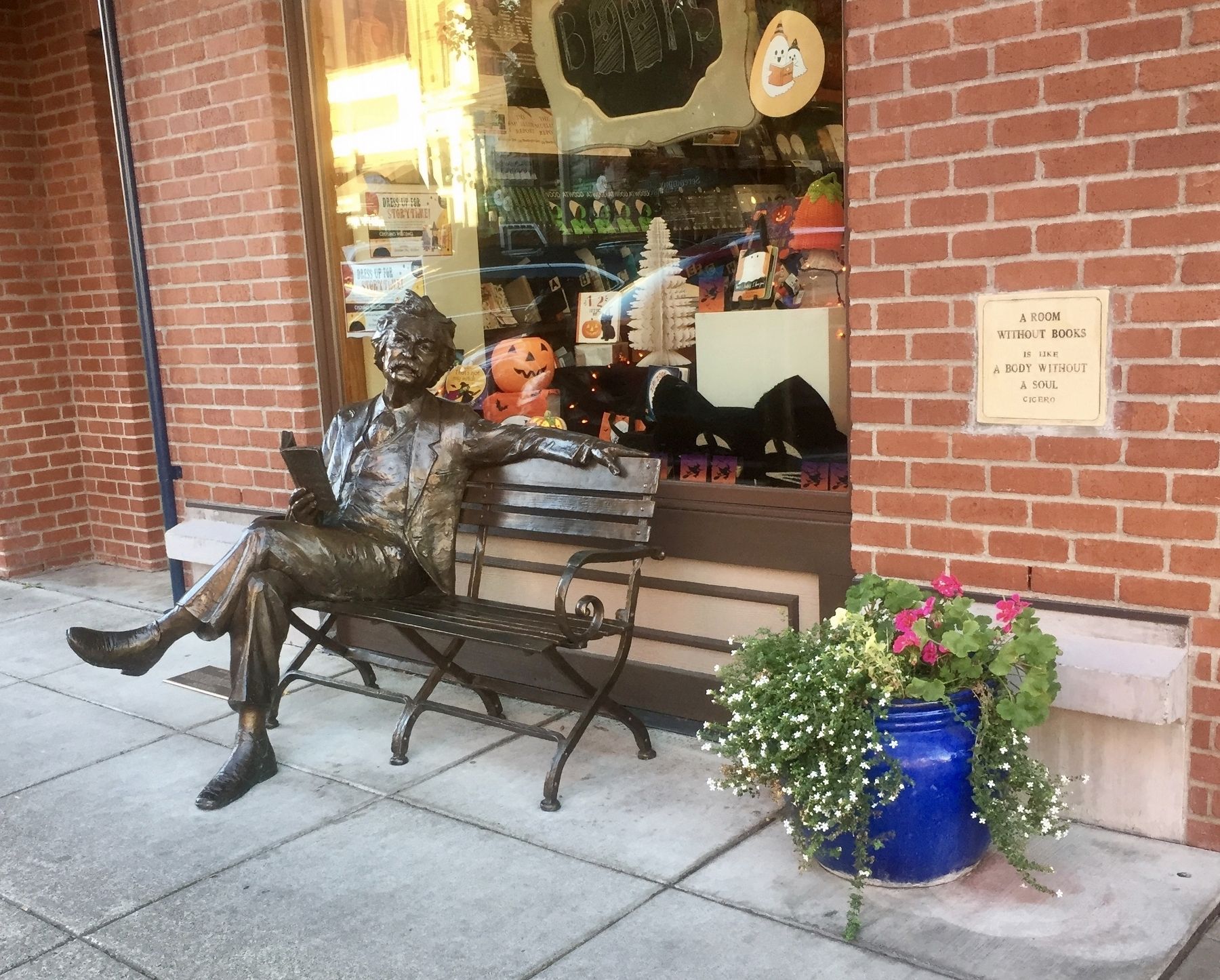 Poster of the Fairhaven Hotel, circa 1890. This is similar to what the hotel looked like when Mark Twain in 1895. 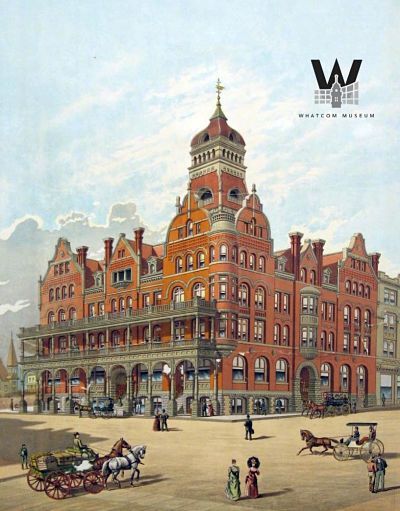 Samuel Longhorne Clemens (1835-1910), better known by his pen name Mark Twain, was an American novelist. Some of his best known works are The Adventures of Huckleberry Finn and Tom Sawyer. Twain was born in 1835 in Missouri and worked as a printer from a young age. Before becoming a writer, Twain worked as a riverboat pilot and spent a few weeks in the Confederate Army. Twain then went to Nevada and adopted the pen name "Mark Twain," which meant water that is 12 feet deep.

Mark Twain also published Ulysses S. Grant's memoirs through Charles L. Webster & Company, which Twain co-owned with his niece's husband. As part of a deal, Grant would make 75% of the profits on the book; however, Grant died before the memoirs were published in 1885. Grant's widow, Julia, received more than $400,000 in royalties.

Despite the book deal with Grant, Twain continued to have financial struggles and was forced to lecture to pay off his debts. In 1895, Carlyle G. Smythe invited Twain to lecture in the British colonies. Major James B. Pond organized the North American leg of the lecture series. Both abroad and in America, Twain used the same talk, which was a comic sermon about committing all 462 sins to build one's moral character. He used different pieces of material from what he wrote over his career. On August 14-15, 1895, Twain visited Fairhaven, Washington, as part of his worldwide lecture tour. Twain stayed at The Fairhaven, a hotel on the corner of 12th Street and Harris Avenue. After more than 100 performances, Twain made about half of the money he needed to repay his debts.

Twain died in Redding, Connecticut, in 1910, years after the death of his wife, Olivia Langdon, and two daughters.

Image from the Historical Marker Database by Andrew Ruppenstein.

Image from the Historical Marker Database by Andrew Ruppenstein.