Informally named in honor of Look Magazine, the building's most famous tenant, this New York landmark was constructed a few years after World War II and demonstrates the modernist movement in architecture. In addition to the Look Magazine, Esquire Magazine, Pocket Books, and music producer Witmark & Sons all leased space in the building at one point. The offices of Whitmark & Sons included a music studio where Bob Dylan produced demo recordings in the 1960s. 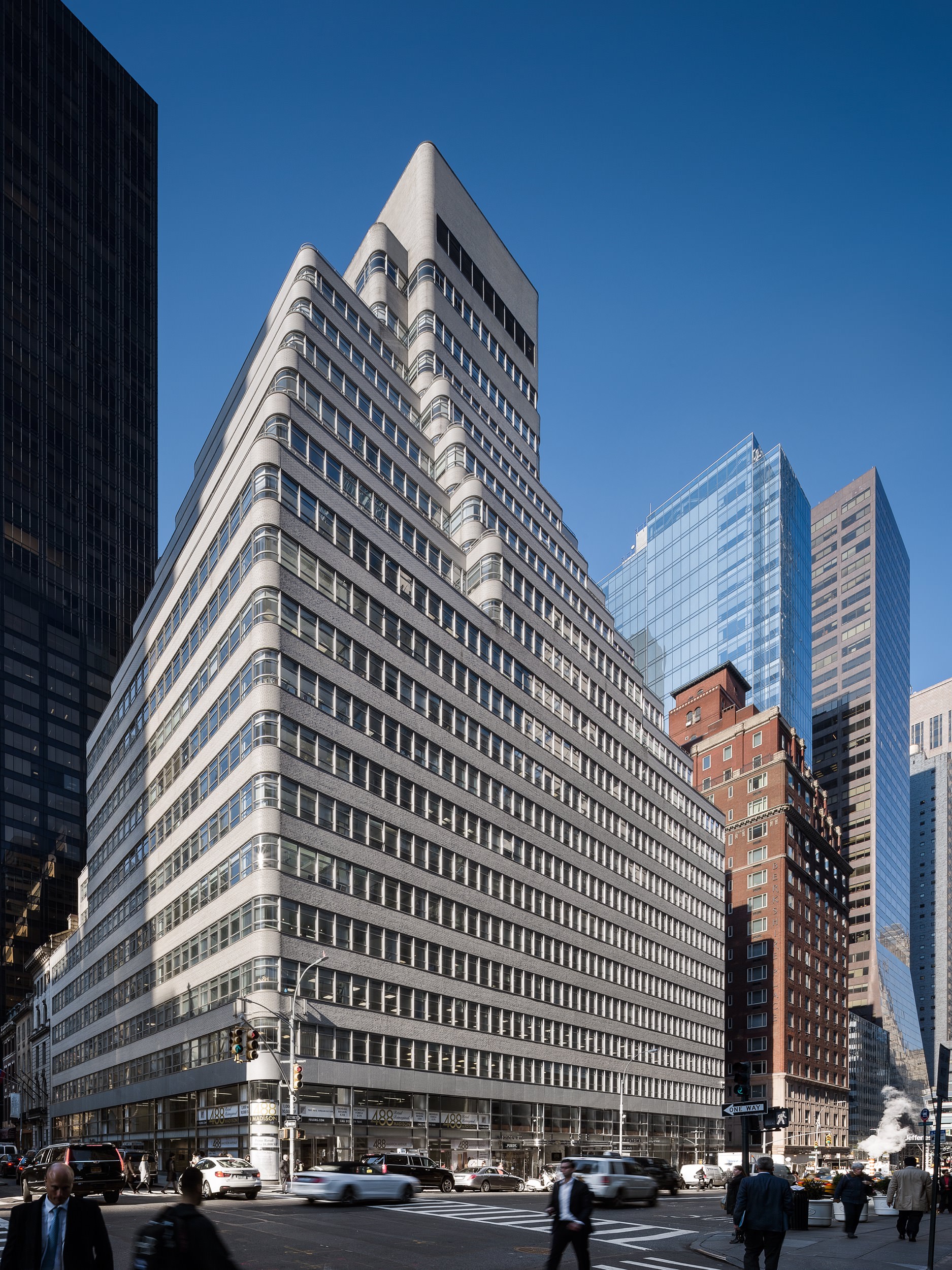 The twenty-one story Look Building (1948) served as the home to Look Magazine, Esquire, and a music company where Bob Dylan recorded some of his first songs. The construction of the building demonstrates the postwar stage of the commercial expansion in Midtown Manhattan. This period saw the continued displacement of many residential buildings and included construction of commercial high-rises. The building stands today as a reminder of how the modernist movement heavily influenced mid-twentieth commercial architecture. The building is also a connection to a time when the minimalist aesthetics of European Modernism first began to transform the character of "setback" office buildings.

Two second-generation, family-run businesses initiated its development and construction: Uris Brothers, developers, and Emery Roth & Sons, architects. Though the family businesses began first to collaborate in the mid-1920s, it wasn't until the mid-1940s deaths of each firm's founder that pushed the sons, Percy and Harold D. Uris and Julian and Richard Roth, to focus on commercial development. The informal partnership of Uris and Roth, which lasted to the 1970s, resulted in several large Manhattan office buildings. Richard Roth, a graduate of Massachusetts Institute of Technology, served as lead architect. The 1916 zoning requirements forced Roth to maximize the square footage. However, the building also enjoyed style and profitability. Influenced by German Expressionist architect Erich Mendelsohnused, Roth relied on industrial materials to forge a structure comprised of sleek, streamlined elevations.

The name of the building is derived from Look Magazine, a subsidiary of the Cowles media empire. The magazine emphasized eye-catching photography, helping it become one of the nation's most widely-read magazines. The magazine operated out of the building until it ceased publishing in 1971. Other prominent tenants included Esquire Magazine, Pocket Books, and Witmark & Sons (where singer-songwriter Bob Dylan made some of his earliest studio recordings).

A major restoration project took place during the late '90s, conducted by the architectural firm of Hardy Holzman & Pfeiffer Associates, followed by another modern update in 2016. Today, the Feil Organization manages the building and has completed the leasing of its 447,000-square-foot space to numerous clients, mostly comprised of retail outlets and professional offices.