Sometimes referred to as "the Marble Twins," the former residences of the Plant and Vanderbilt families are the only surviving structures that were home to private residences dating back to the Gilded Age. The towering Olympic Tower skyscraper next to 647 Fifth Avenue demonstrates how the construction of commercial buildings in this former residential area quickly marked the end of grant private homes despite the vast fortunes of the Vanderbilts and other wealthy New York families. 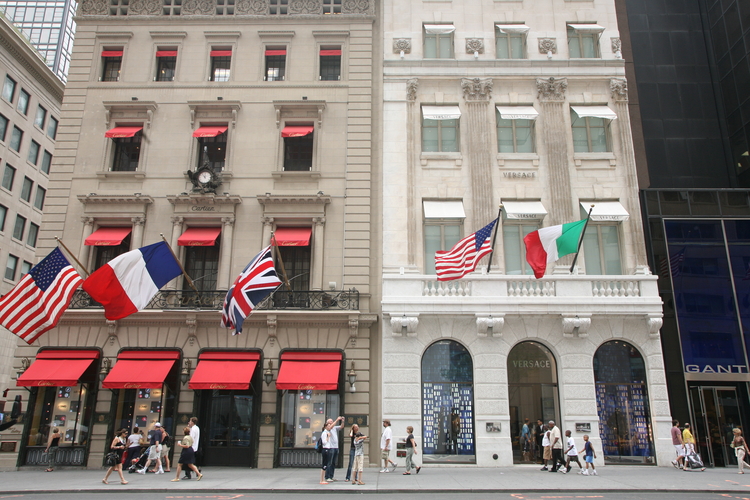 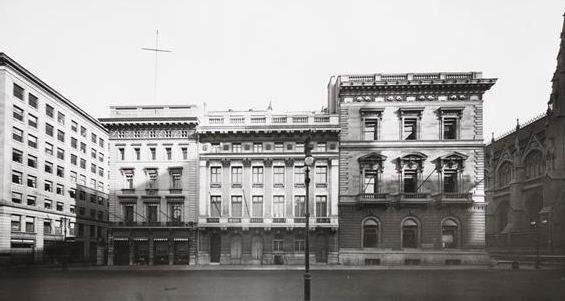 In 1900, as an effort to stay commercial expansion, millionaire George Vanderbilt purchased a large lot, diagonally opposite his mansion, where he planned to erect two elegant townhouses; he preferred to look at beautiful town homes across the street from his estate to commercial buildings. George commissioned the architects of Hunt & Hunt to design a double house that would mirror each other. Because of the two homes' marble exterior, they received the nickname: "the marble twins."

Though the exterior presented a grand and decorative appearance, many deemed the interior dull and unimaginative, notably when compared to the other Vanderbilt Mansions In New York City. Nonetheless, both homes were quickly leased. Robert Goelet and his wife Elsie leased 647 while Emily Vanderbilt's daughter, Lila, along with William Field, moved into 645.

On both sides of the homes, the construction of buildings took place. Morton F. Plant Erected His Mansion on one side while the Union Club erected its building (now occupied by the Olympic Tower skyscraper) on the other side. Despite the widening of Fifth Avenue in 1911, the death of George Vanderbilt in 1914, and Elsie divorcing Robert in 1914, the homes remained with the original tenants through 1916. However, during that year, Morton F. Plant grew tired of the commercial intrusion, so he sold his mansion to Willie K. Vanderbilt and moved near Central Park. Vanderbilt subsequently leased the Plant mansion to a jeweler, who eventually purchased the building outright. And, by the 1930s, the commercial invasion left the Marble Twins and George Vanderbilt's mansion as the only private residences on the block; a skyscraper replaced the Union Club in 1945.

In the end, to view the dual townhouses and Plant building is to see the last remnants of a street once lined with private residences, notably those owned by the rich Vanderbilt family -- one of the many influential entrepreneurs to emerged during the Gilded Age.

Miller, Tom. "The Last of the Vanderbilt Row - No. 647 Fifth Avenue." Daytonian in Manhatten: The stories behind the buildings, statues and other points of interest that make Manhattan fascinating. June 30, 2011. http://daytoninmanhattan.blogspot.com/2011/06/last-of-vanderbilt-row-no-647-fifth.html