In 1862, Abraham and Mary Todd Lincoln were invited to stay in a Gothic Revival "cottage" that was originally built for George W. Riggs in 1842. During the Civil War, Lincoln and his family resided here for 13 months, from June 1862, to November 1864. During that time, Lincoln wrote the Emancipation Proclamation. Lincoln knew the Cottage and its surrounding campus as the Soldiers' Home, established by the federal government in 1851 as a home for displaced veterans, which today operates as the Armed Forces Retirement Home. In 2001, the National Trust for Historic Preservation attained the property and started a restoration and preservation process and it opened to the public in 2008. In addition to the White House and Ford's Theatre, the Cottage is a significant historic site associated with Lincoln's presidency.

Lincoln's Cottage is a Gothic Revival summer home built in 1842. It is best known for its association with Abraham Lincoln at the height of the Civil War, but it also served as a home for wounded soldiers and veterans. 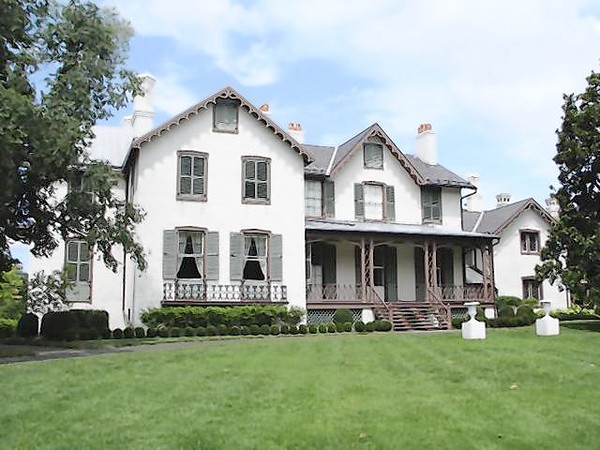 The Lincolns' restored sitting room and library was once a lounge for the United States Soldiers’ and Airmen’s Home. 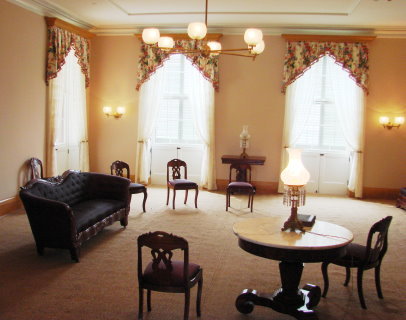 At the Cottage, Abraham Lincoln collected his thoughts and ideas into what would become the Emancipation Proclamation. 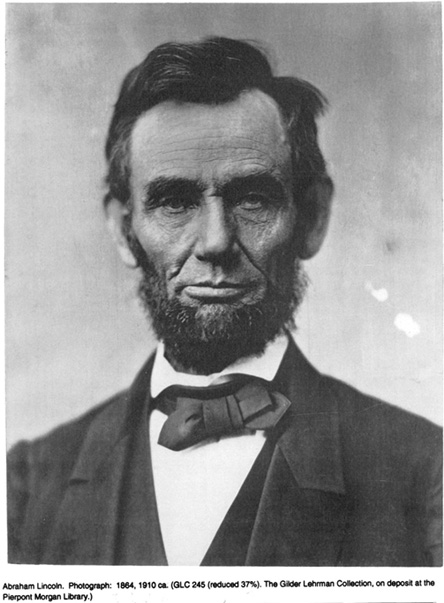 Abraham Lincoln was born in rural Kentucky in 1809. His mother died when he was just eight years old, and at the age of ten, his father moved the family to Indiana. He had humble beginnings as a young rail splitter but grew to have a promising career in politics. After serving on the legislature for a few years, he challenged Steven Douglas in a race for senator. He lost the race but did win enough popularity to get him the republican nomination for presidency in 1860. As president, he built a strong Republican Party and even won re-election in 1864. He never let people forget the Civil War by reminding them in the Gettysburg address that "we here highly resolve that these dead shall not have died in vain--that this nation, under God, shall have a new birth of freedom--and that government of the people, by the people, for the people, shall not perish from the earth." He was assassinated at Ford's Theatre in Washington and died April 15, 1865, days after the Confederate surrender at Appomattox.

Wealthy Washington banker George Riggs completed the "Corn Rigs" Cottage at his 250 acre summer retreat in 1842. The federal government acquired part of the property in 1851 and established a military asylum for veterans known as the Soldiers' Home, now known as the Armed Forces Retirement Home. The Lincolns retreated to the Cottage in the hot Washington summers. Lincoln was not the first president to do so; Buchanan was also invited to spend a few summers there, and after Lincoln, Presidents Hayes and Arthur also spent time at the Cottage. By the beginning of the Civil War, there were four buildings on the grounds. Lincoln commuted regularly to the White House for official business during the day, but spent his evenings at the cottage. His wife Mary wrote to a friend stating, “We are truly delighted with this retreat...the drives and walks around here are delightful."

Yet the war remained present in Lincoln's life. In his commute to and from the White House, Lincoln passed hospitals, cemeteries, and camps of soldiers and former slaves. Guards with drawn swords accompanied Lincoln while he stopped to observe a battle where Confederates had attacked Fort Stevens. His family had been evacuated for the four days of the battle and were at the White House. A plot of John Wilkes Booths' was to kidnap the president and a sniper attempted to assassinate him during his commute.

While at the Cottage, Lincoln wrote drafts of the Emancipation Proclamation, a presidential order that began to dismantle the institution of slavery. The proclamation was published on September 22, 1862, and went into effect on January 1, 1863. Lincoln’s wartime measure fundamentally and morally, if not legally, changed the tone of the Civil War. The Emancipation Proclamation placed the destruction of slavery, along with the restoration of the Union, at the heart of the war. In turn, Lincoln’s policy initiated the process of undoing slavery, allowed African Americans to serve in the Union Army, and discouraged European powers from intervening in America’s internal dispute. Frederick Douglass, famous African American abolitionist and writer, called the proclamation “the immortal paper, making slavery forever impossible in the United States." Lincoln's ultimate vision culminated with the Thirteenth Amendment, which forever outlawed slavery and involuntary servitude. The Emancipation Proclamation, along with the Gettysburg Address, showed Lincoln's devotion to the United States in a time of division.

For over a century, the Cottage and surrounding buildings served numerous purposes. The Cottage was a residential space for the Soldiers' Home Band, and then a lounge and public affairs office. It was designated a National Historic Landmark in 1974 for its association with Lincoln and for being the last remaining original military asylum established in 1851. In 2000, President Clinton declared the Cottage and its surrounding 2.3 acres a National Monument. The property was acquired by the National Trust for Historic Preservation, which led restoration efforts on the Cottage. The Cottage opened to the public in 2008. Today, the site is operated by a nonprofit, President Lincoln's Cottage and the Soldiers' Home, in cooperation with the National Trust.