Now the Main Library of the Shreveport library system, the former United States Post Office and Courthouse is significant for its architecture and association with the federal government. It was built in 1912 and designed by James Knox Taylor (1857-1912), who was Supervising Architect of the Treasury Department from 1897-1912, in the Italian Renaissance style. A fourth floor was added in 1931 under the direction of Acting Supervising Architect James A. Wetmore (1863-1940), who was not a trained architect but rather oversaw a large staff of architects who designed federal buildings. The building features arched windows, a stuccoed brick and limestone facade, strong horizontal lines, terra cotta window trim, and other decorative elements. Although it's no longer a federal building today, it is reminder of the important role the federal government has played in Shreveport's history.

The former United States Post Office and Courthouse was built in 1912. It is now the Main Library of the Shreveport library system.. 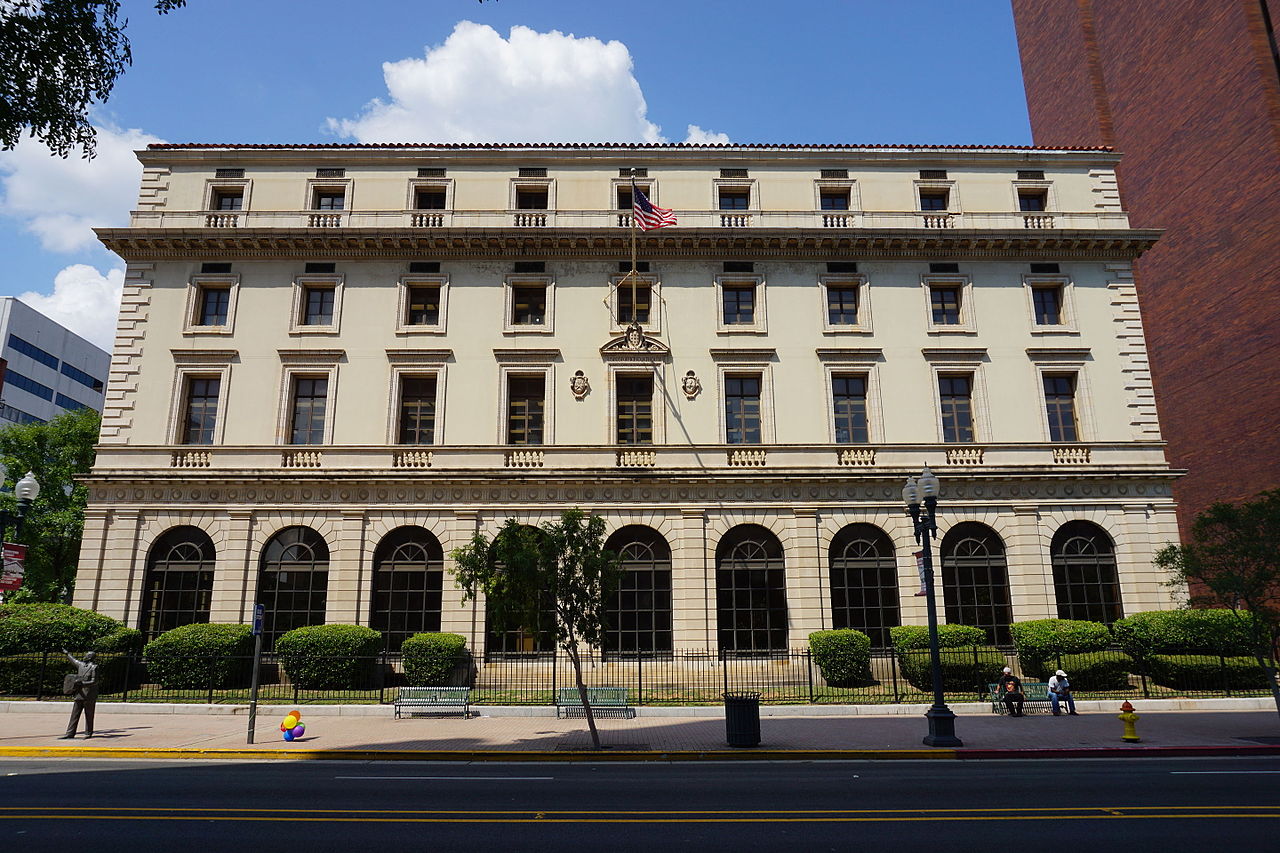 The history of the Shreveport Library system dates back to when a group of women opened Shreveport's first library in 1890 in a small building located on Crockett Street. A group of men later opened another library called Mechanics Library. These libraries merged in 1901 to form the "People's Library" and it was located inside a courthouse. The Main Library was first located in the Old Custom House building, which was erected in 1887 and torn down in 1910. A new Main Library was built in 1923 and it is now Chamber of Commerce. The Main Library moved into the federal building in 1980 after a couple of years of renovation. The building was added tot the National Register of Historic Places in 1974.